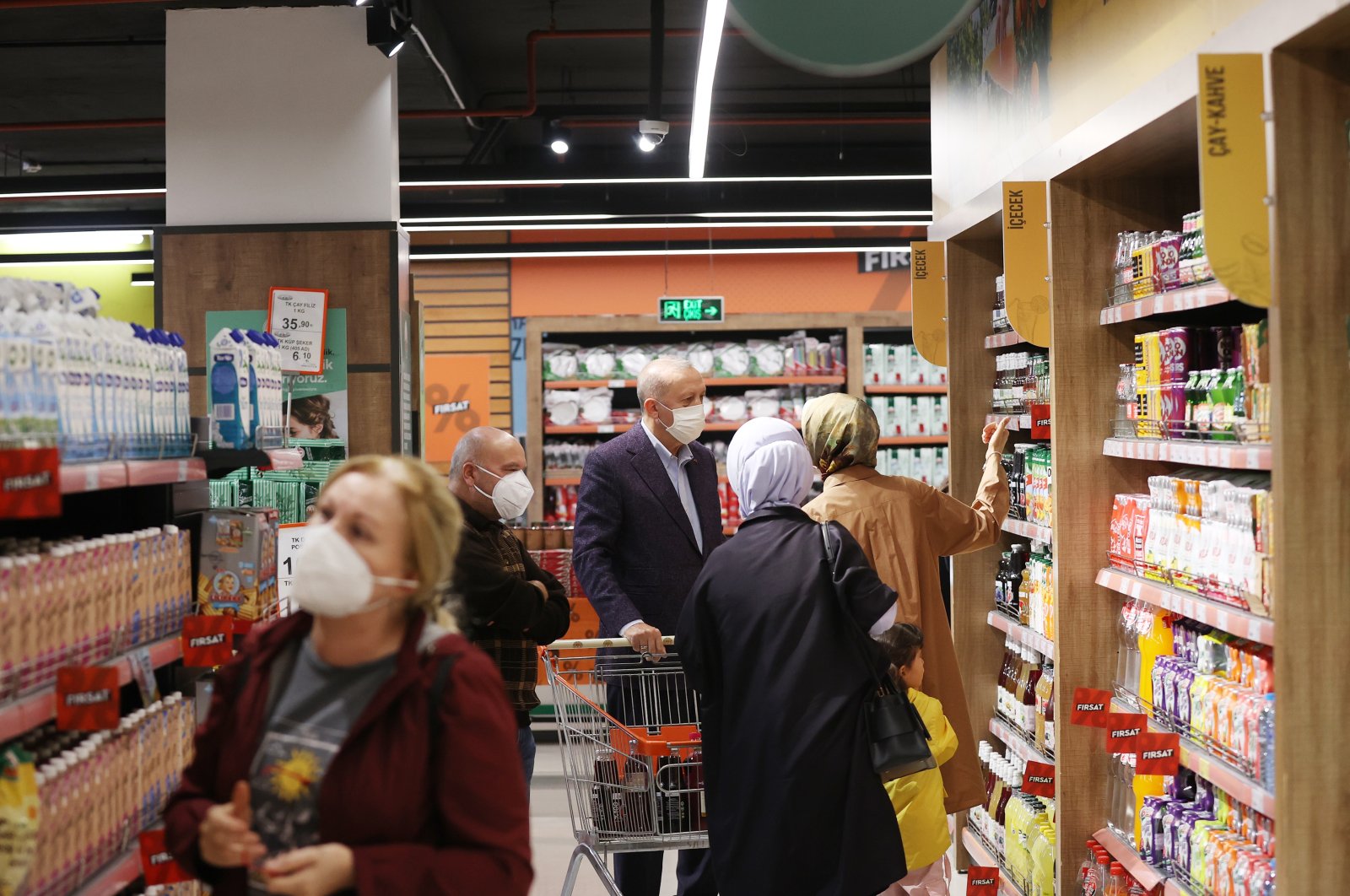 President Recep Tayyip Erdoğan has said Turkey had tasked agricultural cooperatives with opening about 1,000 new markets across the country to provide “suitable” prices for consumer goods amid efforts to rein in price increases.

“Markets run by Agricultural Credit Cooperatives are convenient in terms of prices and quality,” Erdoğan told reporters after visiting an agricultural credit cooperative outlet in Istanbul.

Construction of the shops will begin soon to provide Turks “cheap and high-quality goods” and to “balance out markets,” he said.

Annual food inflation of around 29% and a global jump in commodity prices have driven inflation higher throughout the year. It accelerated to 19.58% in September, above the central bank’s policy rate of 18% and its highest level since March 2019.

Amid stubbornly high prices, the government has blamed supermarkets and opened probes into potential exploitative pricing.

“We gave the order for about 1,000 of these businesses to open around Turkey, starting at 500 square meters (5,381 square feet) each,” Erdoğan said. “These are places where prices are suitable to our citizens’ budgets,” he said of the commercial outlets.

The Agricultural Credit Cooperatives of Turkey currently operates about 500 grocery stores across the country, according to its website.

In recent weeks the government began high-profile inspections of Turkey’s largest supermarkets for “unreasonable pricing” and “consumer victimization.” It also looked into the breakfast prices of some restaurants in the eastern province of Van.

Vice President Fuat Oktay said on Saturday that increasing food production in villages is vital to head off exploitative pricing.

In early 2019, the government had opened its own markets to sell cheap vegetables and fruits directly, cutting out retailers that were accused at the time of jacking up prices.