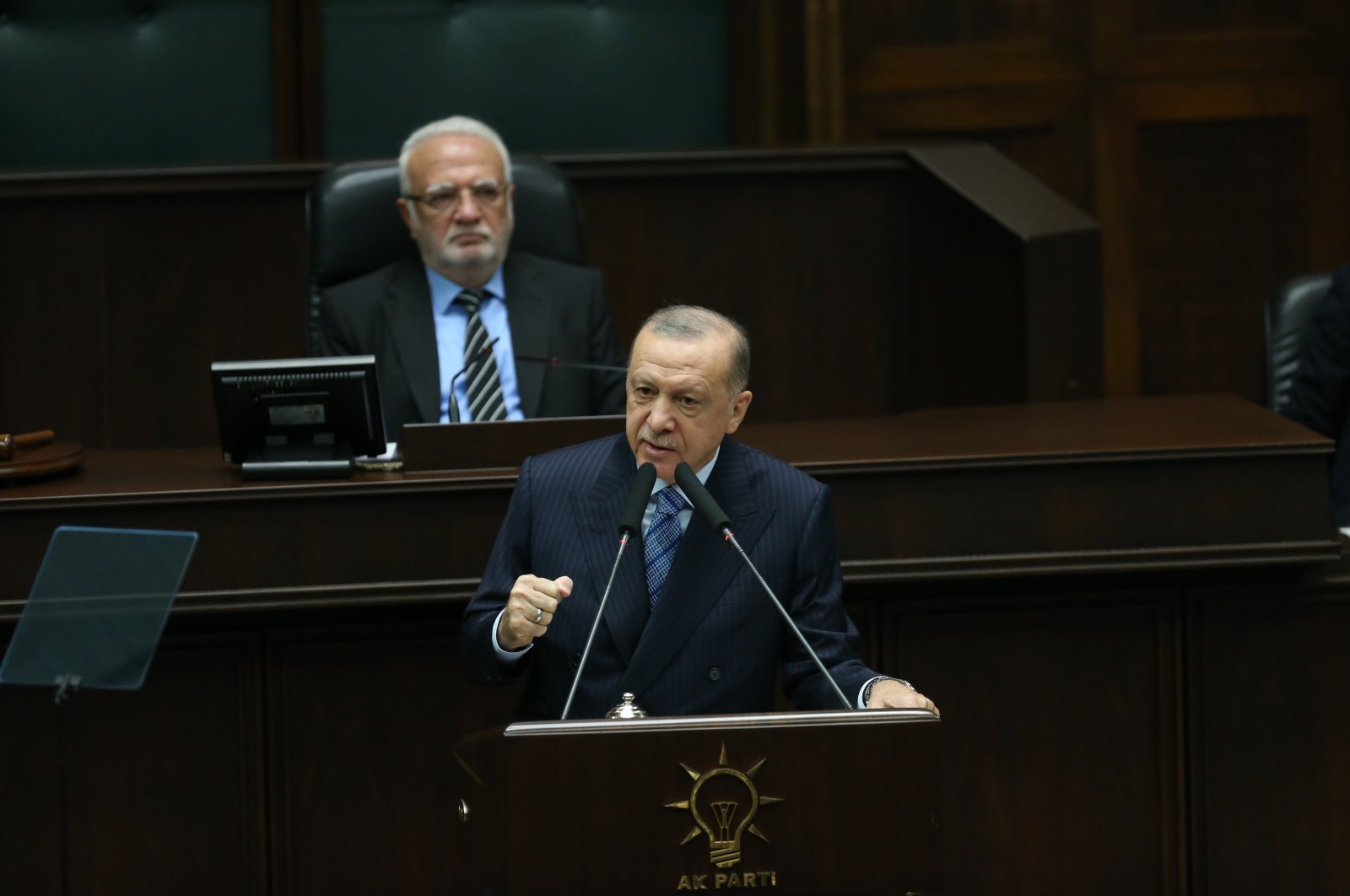 President Recep Tayyip Erdoğan on Wednesday said there was “no turning back” from the new policy direction he says will release the country from the trap of the exchange rate, inflation and interest rates.

“What we are doing is right. We have made and are making a politically risky but correct plan,” Erdoğan told the ruling Justice and Development Party’s (AK Party) lawmakers in Parliament in the capital Ankara.

The president and other government officials have stressed that while there may be price pain for a while, the monetary stimulus should eventually boost exports, credit, jobs and economic growth. He has been reiterating a view that high borrowing costs cause inflation.

Turkey is “fighting against the interest rate lobby” and “enemies of production and employment,” Erdoğan said on Wednesday.

“Turkey has now abandoned the monetary policy based on high interest rates that caused several developing countries to remain stagnant,” he noted.

“Instead, we have transitioned to a growth strategy aiming for investment, employment, production and exports,” he said. “Interest rates are an evil that makes the rich richer and the poor poorer.”

Since September, the Central Bank of the Republic of Turkey (CBRT) has cut its policy rate by 400 basis points to 15% and is widely expected to lower it again this month. Inflation, on the other hand, neared 20% in October.

The opposition has criticized the policy and called for its reversal.

Erdoğan, a consistent and vocal opponent of high rates, says there is “no turning back.”

“Our country is now at a point that can break this trap, there is no turning back,” he said. “Turkey will not live in a trap of exchange rate, inflation and interest rates.”

“As we have not returned from any path we have entered so far, God willing, we will not return from this path either,” he noted.

Erdoğan reaffirmed that he will never support high interest rates, adding that he understood public concerns over the volatility in exchange rates.

In an interview with public broadcaster TRT on Tuesday evening, Erdoğan noted they would see that “interest rates will fall markedly and hence there will be an improvement in exchange rates before the elections,” referring to the polls set for mid-2023.

Shortly before Erdoğan’s address, the central bank intervened in markets by selling foreign currencies for the first time in seven years to support the Turkish lira.

The bank said it acted due to “unhealthy price formations” in the market.

The central bank “can make the necessary intervention if that’s needed,” Erdoğan told a group of reporters after addressing the lawmakers in Parliament.

He earlier stressed that the volatility, which he says is not based on the economic fundamentals of Turkey, was temporary and not a result of the government’s new economic policy.

The government “understands sincere concerns” over uncertainty driven by soaring prices and fluctuations in the currency, Erdoğan said, adding that they were “carefully monitoring” the situation.

“This is our job,” said the president.

He called on citizens to act with reason and avoid panic, adding that inflation could be solved rapidly, also stressing that it was unfair to judge the Turkish economy based solely on the inflation rate.

Turkey could not have neared double-digit growth rates had it pursued a high interest rate policy, Erdoğan said.

“This may carry political risks, but it is for our nation’s best interest,” he noted.

The focus on growth is paying off as the economy recorded growth of 7.4% year-on-year in the third quarter of 2021, official data published on Tuesday showed.

Erdoğan said he expected the economy to grow at least 10% this year.

He also said the core indicators of the economy are very strong and the country is now waiting for long-term foreign investment.