Turkey to extend one-time payments to businesses hit by pandemic 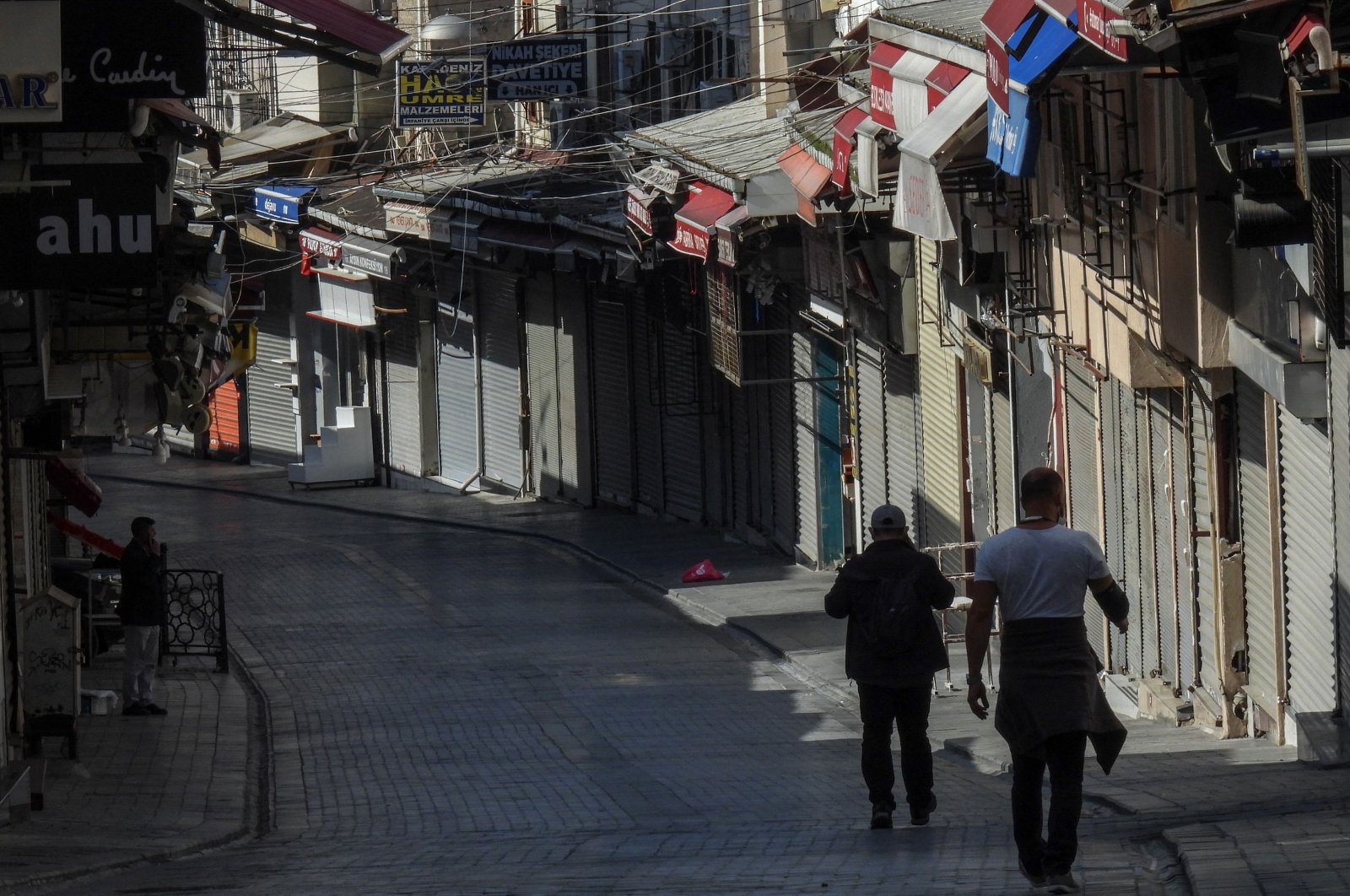 President Recep Tayyip Erdoğan on Monday announced new funding for several sectors severely hit by the coronavirus pandemic as Turkey emerged from its strictest lockdown yet that forced many businesses to close.

Some TL 4.6 billion (around $555 million) will be distributed to more than 1.38 million tradesmen and craftsmen split into two groups, Erdoğan said after a cabinet meeting in the capital Ankara.

Namely, cafes, wedding venues and theme parks, among other businesses hit by the outbreak, will be given a one-off payment of TL 5,000.

On the other hand, restaurants, cab drivers, barbers, musicians, car washes and others will receive TL 3,000.

Turkey emerged on Monday from a full lockdown that lasted nearly three weeks, during which many businesses were closed. Cafes and restaurants were limited to only take-away.

A daily curfew and weekend lockdowns will remain in place until June.

Authorities had tightened coronavirus measures after the number of daily COVID-19 cases soared above 60,000 in April and deaths reached nearly 400 a day.

Erdoğan highlighted the positive impact of the recent full lockdown, which he said has paid off.

The lockdown and curfews have “to a great extent managed to get the COVID-19 outbreak under control,” he noted.

The country has now entered a “gradual normalization” period thanks to a drop in infections but will delay lifting restrictions further until June as a precaution, the president said.

The number of daily new cases stood at 10,174 on Monday, according to health ministry data, sharply down from last month.

Nearly 11.2 million people have been fully vaccinated, or 13% of the population, while 14.9 million have received at least one dose.

“We hope that from now on, there will be no need for measures as extensive and restrictive as before,” said Erdoğan.

Turkey has since last year extended multiple practices to help businesses stay afloat, including a wage support program for employees, rent and turnover support as well as cash aid for citizens.

Some 3.77 million people benefited from the short-term work allowance and more than 1 million received unemployment benefits. Cash aid was extended to around 2.81 million citizens, of which the amount has totaled TL 55 billion and will reach TL 67 billion by the end of June.

Erdoğan said expenditures from the government budget reached TL 79 billion through multiple grants. The amount will reach TL 104 billion by the end of year, the president noted.

Additionally, over 670,000 pensioners have had their payments boosted, said Erdoğan, noting that 1.2 million people benefited from the rent and turnover aid scheme provided to tradesmen.

He added that the government gave up on TL 26 billion through tax deductions for several sectors.

The president underlined that nearly 400,000 companies, some 8 million citizens and 848,000 tradesmen benefited from loans worth around TL 315 billion.

Erdoğan also pointed to the fact that the Turkish economy was one of few that managed to avoid a contraction last year despite the pandemic.

A rebound in activity in the second half of last year helped the economy expand 1.8% in 2020 thanks to a state lender-led credit boom mid-year.

The preliminary indicators show a strong recovery in activity this year from the fallout of the pandemic.

In 2021 as a whole, growth is expected to return to around 5%, according to the government and analysts.

Data due later this month will likely show the country’s gross domestic product (GDP) grew by up to 6% in the January-March period.

Treasury and Finance Minister Lütfi Elvan last month said the growth in the January-March period could come at a 5.5%-6% rate, stressing the strong performance of exports and industry.

The current second quarter is expected to come in even stronger as the country is forecast to log double-digit growth, mostly due to a so-called base effect.

A Reuters poll from April 6-13 forecast a 14.9% expansion in the second quarter.