Turkey’s planned logistics base in Libya to revitalize region 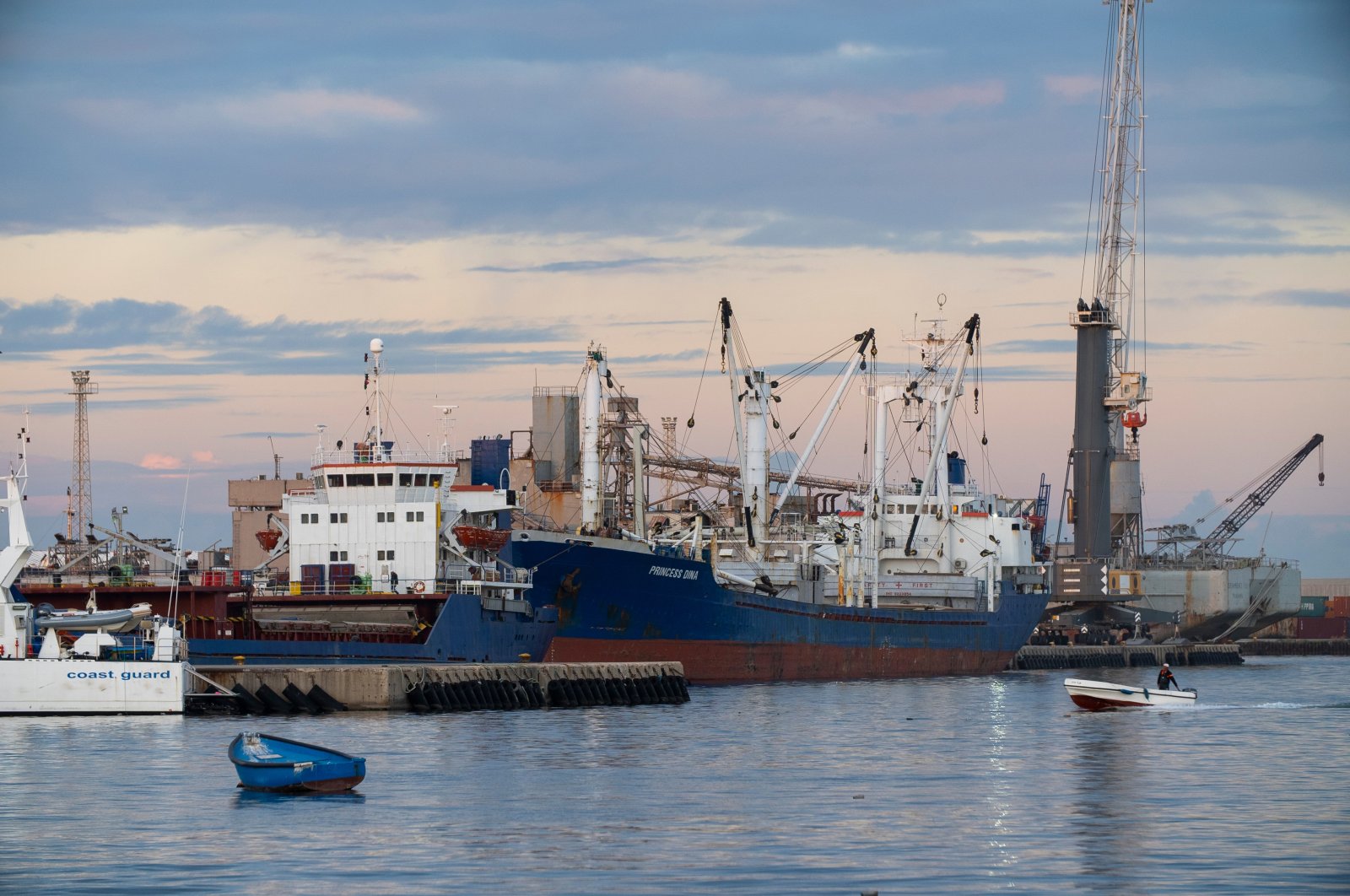 Turkey is negotiating the technical details of establishing a logistics base in Libya after completing the project phase, a high-level trade official said Tuesday.

The base is expected to benefit the war-torn country as well as the rest of the North African region.

Tailored for the western port city of Misrata, the logistics base will play a key role in the region’s trade, said Murtaza Karanfil, chairperson of the Foreign Economic Relations Board's (DEİK) Turkey-Libya Business Council.

It has the potential to create an alternative economic value for the whole region while reducing Libya’s dependence on oil, Karanfil added.

The country gradually lost its place in the oil trade due to years of internal conflicts and political instability, which further worsened when putschist Gen. Khalifa Haftar seized oil production fields in a heavy blow to the sector.

This logistics hub will be a gateway to Africa and will also pave the way for the continent opening up to the rest of the world, Karanfil said. He was speaking at a business meeting held online due to the COVID-19 outbreak.

He added that currently there is no international-standard logistics base for the distribution and storage of the products bound for African markets and the one slated for Libya will meet this need. While doing so, the center, supported by air cargo in the short term and rail transportation in the long term, will be a key alternative to current trade routes, like the Suez Canal.

Karanfil stressed the importance of alternative routes as he drew attention to the recent incident in the Suez Canal when a giant container ship became stuck and blocked the crucial waterway for global shipping and caused a rise in raw material prices.

“Libya is an alternative country to this route for African markets,” he said. "It is almost like a gate that will directly connect trade to the center of Africa."

The logistics center, thus, is set to strengthen supply chains to Africa, Karanfil reiterated, while allowing the regional countries to sell products like tropical fruits, coffee and mineral resources, abroad.

This base, Karanfil said, can be supported by air cargo transportation, as fuel is also cheaper when compared to, for example, Turkey.

Road transportation can be an alternative for the transport of goods, he continued, especially regarding the southern parts of the country.

Momentum in trade would create commercial stability and will in turn ensure political stability in that area, which is mostly inhabited by tribes and home to routes used by illegal migrants. A strong southern Libya is important to reviving the economy in the region and prevent illegal migrant flows into Europe, Karanfil said.

“However, this is a process that needs time,” he underlined, as they consider some parts of the logistics base for the north of the country and some parts for the south.

On bilateral trade between Turkey and Libya, Karanfil said it is likely to reach the targeted $3 billion in trade volume by the end of this year as foreign sales to the country have shown an upward trend in the first months of the year.

Exports to the country jumped by 228% in April alone, he said, and although the data is not ready for May, this month would likely see a decline due to the 17-day total lockdown Turkey implemented to curb the increasing number of coronavirus cases. However, this would be a limited decline, Karanfil said, and the year-end target is still in sight.

Turkey recorded a 58% increase in foreign sales to Libya in the first four months of the year. The exports to the country topped $1.5 billion last year.

Commenting on investment opportunities in Libya for Turkish businesspeople, Karanfil said there are many sectors, from petrochemicals and mining to construction materials, that will both be an opportunity for Turkey and Libya, which is on its way to major reconstruction.

He said, for instance, last year the country was experiencing daily electricity cuts of up to 18 hours but this problem was solved substantially after the country invited Turkish companies to complete unfinished power projects and kick off new ones.

Following a meeting with his Libyan counterpart at the time, Turkey's Energy and Natural Resources Minister Fatih Dönmez said the sides decided to further develop cooperation, especially in oil and natural gas.

In the meantime, the Turkish construction sector is the main sector that has uncompleted business in Libya and outstanding payments.

The North African country was one of the early markets for Turkish builders, who have undertaken more than $29 billion (TL 239 billion) worth of contracting projects in Libya so far.

Karanfil said the sector currently has $4 billion in losses from stalled projects, some $1.3 billion of which is in cost of equipment.

Steps were taken to solve the deadlock, including an MoU signed between the sides last year.

The MoU was to set a roadmap for the compensation of the losses and to organize meetings every three months; however, the ongoing pandemic and the internal turmoil created obstacles for these meetings, Karanfil said.

He added that there is also a problem regarding the applications from companies, as not all of them have completed the process yet.