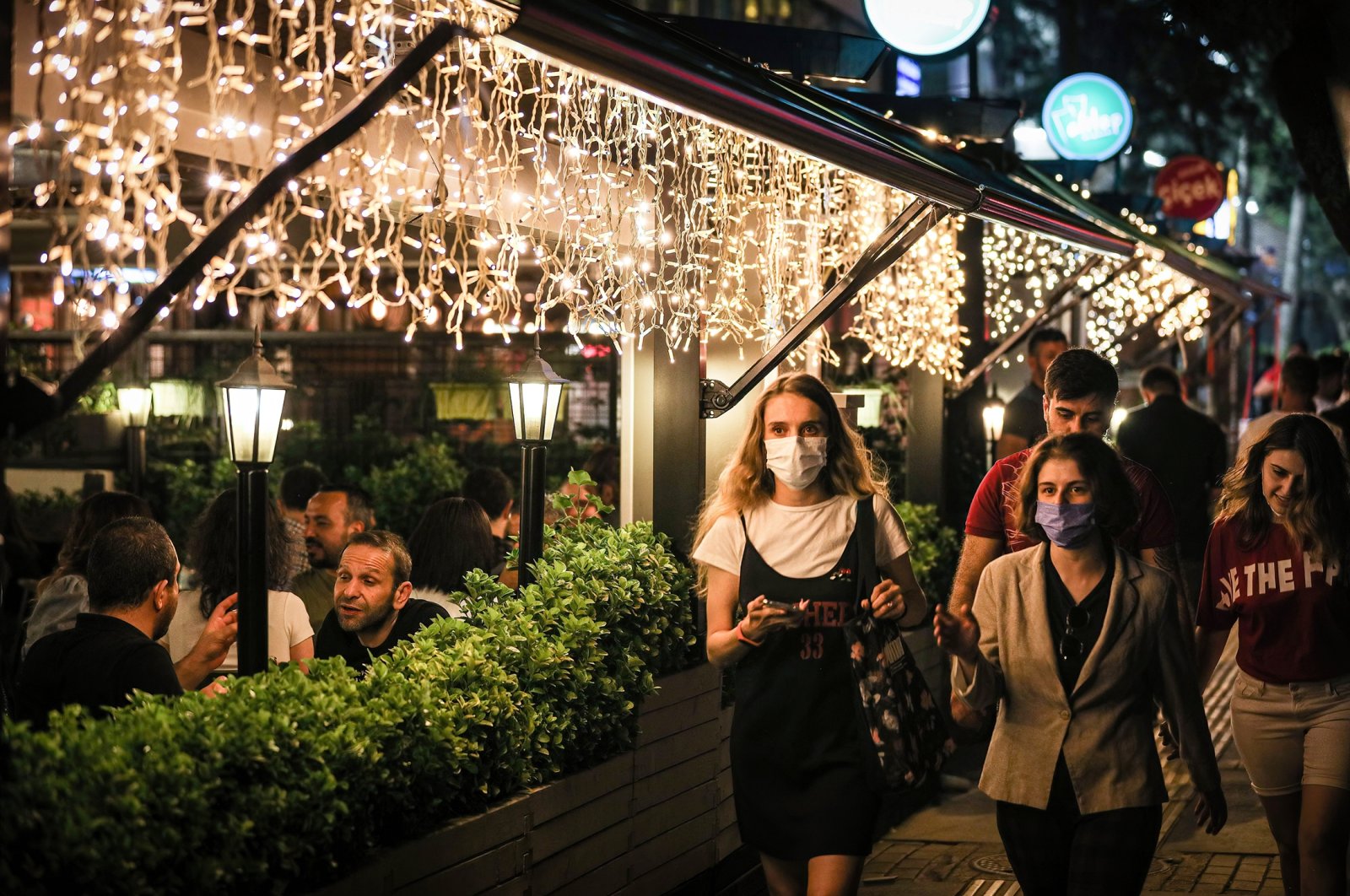 Turkish businesses Monday called for an implementation of a practice that would make it mandatory for visitors to show proof of vaccination for an array of activities as of September, in a preemptive move as Turkey experiences a major surge in COVID-19 infections.

Demirer stressed a new wave of the coronavirus pandemic that has plagued the world is due to show its impact because of the rapidly spreading delta variant. He echoed the warning of experts who say the surging cases following a nine-day Islamic holiday of Qurban Bayram, also known as Eid al-Adha, that ended Sunday were signs of a major challenge in autumn.

Turkey’s new COVID-19 cases jumped to 14,230 Sunday, more than triple the amount three weeks earlier, reaching levels last seen in the first half of May, according to Health Ministry data.

The infections reached a daily peak above 60,000 during a wave in April-May. They then fell to a low of 4,418 on July 4 after a lockdown that ended in mid-May. Most of the final restrictions were lifted this month.

Health Ministry statistics also showed that the seven-day average stood at 10,269, a significant increase from the average of the previous week at 6,880.

Turks have been arriving back in the cities after the nine-day holiday when they and international tourists flocked to seaside towns. However, unlike in past COVID-19 waves, deaths and hospitalizations have not progressed in lockstep with rising cases, thanks to mass vaccinations since the start of the year.

Autumn is a time when more people start spending time indoors and the current rise in cases will only worsen without measures, experts say.

TURYID’s Demirer recalled almost a year-and-a-half of strict lockdown measures that allowed businesses such as restaurants and cafes to serve only home delivery, with many others shut down.

“It is too early to think that the pandemic is fading away. But at the moment, in the 18-month struggle, there is hope for humanity, because there is a vaccine. Vaccination is a social responsibility, not a choice. We believe that individual freedoms can only be protected by social gains,” he noted.

Demirer stressed the only possible option at the moment is to safely coexist with the virus to protect life, and raisiing community awareness and compliance with rules.

“Achieving social immunity also now seems to be a method. Because we observe all over the world that individuals who have received two doses of the vaccine do not suffer severe symptoms when they contract the virus, regardless of its variant.”

Demirer explained the two initiatives they are proposing be implemented with government support. The first is that vaccinations should be mandatory for citizens looking to enter restaurants, cafes, gyms or attend matches, theaters, concerts and other similar events from September.

For the second, Demirer said businesses seek a regulation that would allow them to unilaterally place employees who have abstained from having two doses on mandatory unpaid leave until a later date.

“In order for these two matters that we recommend to take effect as of Sept. 1, with the announcement of this decision on Aug. 1, even individuals who have not yet received their first doses will be able to complete their two doses within the four-week period,” he noted.

Elsewhere, a growing number of European countries are similarly raising their defenses as they try to encourage more people to get vaccinated to stay safe.

Italy last week followed in the footsteps of France, announcing that proof of vaccination or immunity would shortly be mandatory for an array of activities, including indoor dining and entering places such as gyms, pools, museums and cinemas.

Greece made a vaccination certificate mandatory for anyone to be allowed into indoor restaurants and bars earlier this month, while dozens of Portuguese municipalities introduced weekend curbs for inside dining in early July.

Other European countries are also slowly tightening the screws, to a greater or lesser extent. Hungary Friday made vaccinations mandatory for health care workers as part of its efforts to contain the pandemic, while Malta this month became the first country in the European Union to ban any visitor over the age of 12 from entering unless fully vaccinated.

After initially ruling out health passports for domestic use, British Prime Minister Boris Johnson last week said that English nightclubs and other venues with large crowds would require proof of full vaccination from the end of September.

Germany, which has one of the lowest death rates per capita on the continent, has rejected compulsory vaccinations, saying this would undermine public trust in the inoculation campaign. Instead, Europe's biggest economy is seeking to persuade the skeptics and undecided by making it as easy as possible to get a jab, for instance by offering appointment-free shots in vaccination centers and sending mobile teams to rural areas.

Although Russia is in the grip of a third wave and registering hundreds of deaths each day, Moscow last week had to drop its ban on people entering cafes, restaurants and bars without a health pass after owners complained it was killing business.