Exodus from cities begins with Qurban Bayram holiday in Turkey 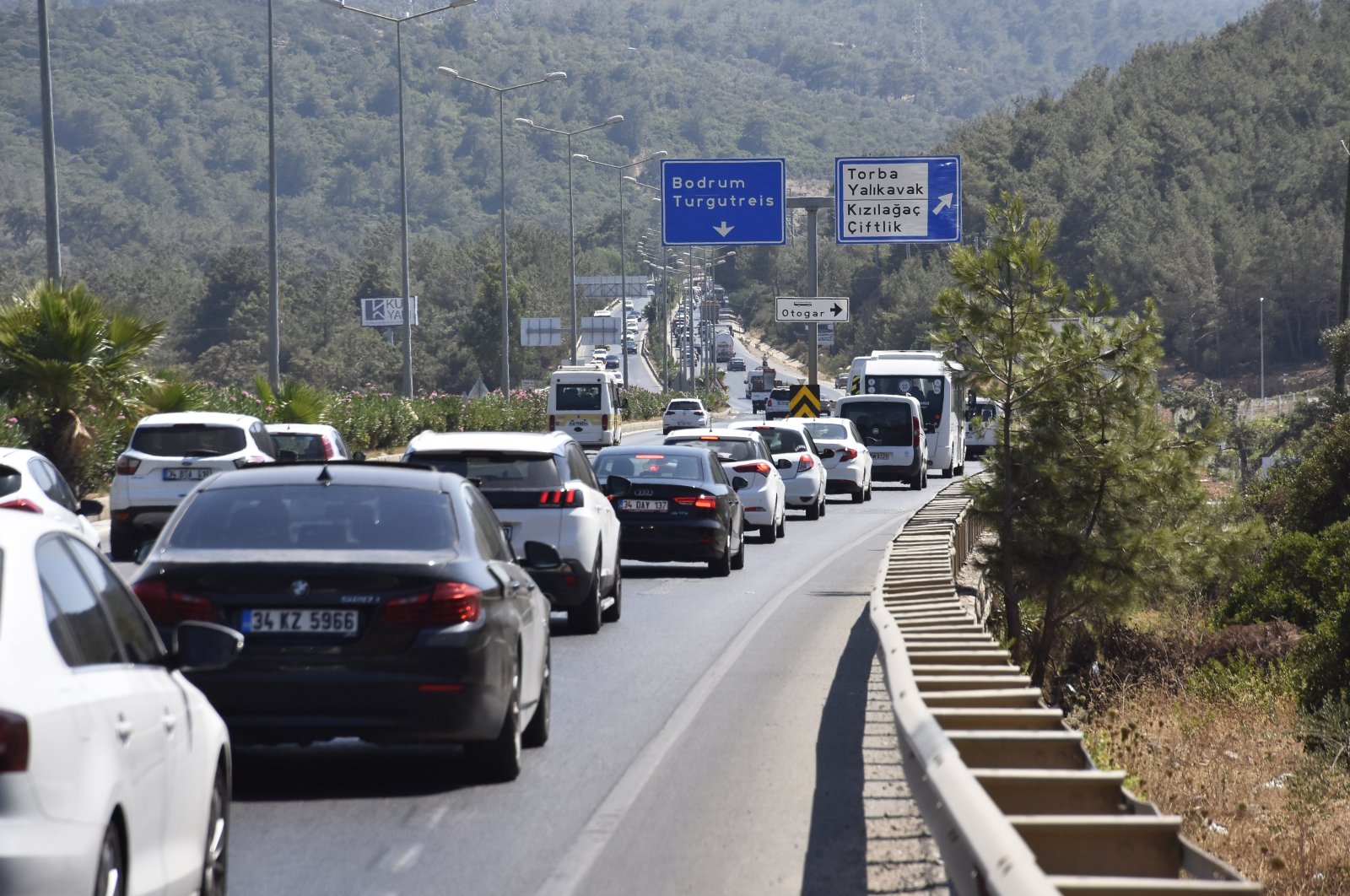 Millions hit the road this week as a nine-day holiday for the upcoming Qurban Bayram formally started on Friday, while authorities announced new measures against traffic accidents and warned holidaymakers not to neglect bookings in holiday resorts

Traffic jams are ubiquitous from the north to the south as millions, either by their own cars or passenger buses, head to their hometowns or vacation resorts for the Qurban Bayram, also known as Eid al-Adha, holiday. Bayram will be marked next Tuesday but it is officially a nine-day holiday that began Friday and will end July 26.

However, most people started leaving the big cities in the west Thursday on National Unity and Democracy Day, another official holiday. By Friday morning, the traffic came to a halt on many intercity roads. With so many vehicles on the road, traffic accidents are inevitable and every year, dozens fall victim to accidents.

The Interior Ministry Friday issued lengthy instructions to security forces in charge of the enforcement of traffic safety rules, to reduce the number of accidents this year. In the meantime, governors and mayors of cities in the south, popular among holidaymakers, warned vacationers to book hotels and other venues before heading out as all hotels and similar venues were fully booked for the holiday.

As with last year’s bayram, authorities did not impose any COVID-19 restrictions because of a decline in the number of cases and an increasing number of vaccinations. The country already lifted curfews July 1 and most restrictions, except for the mandatory mask rule, were ended. Experts are repeatedly warning holidaymakers to avoid crowded places, though.

The Mediterranean cities of Antalya and Muğla are among the most popular destinations for holidaymakers from the big cities in the west, particularly Istanbul, which is the most crowded of the country with a population of more than 15 million people. Others prefer visiting their relatives, parents or children living in cities in the inner regions of Anatolia.

The Interior Ministry announced Friday that extraordinary measures to prevent traffic jams and accidents would be in place until July 26. More than 226,000 police officers will be on duty across the roads while inspections for road safety would concentrate on particularly busy roads and “black spots” where accidents concentrate. Plainclothes police officers will also inspect passenger buses. Helicopters and drones will accompany security forces for enforcement of traffic rules throughout bayram. With all these precautions, authorities hope to prevent accidents that claimed 60 lives in a span of five days during last year’s Qurban Bayram holiday.

Traffic accidents are not the only challenge for holidaymakers. Finding a hotel room is almost impossible for thousands heading to resort towns. Ersin Yazıcı, governor of Turkey's Mediterranean province of Antalya, announced earlier this week that 680,000 beds available in hotels and other accommodation in the province were almost fully booked. Yazıcı told reporters he was receiving calls from holidaymakers, asking if he could help them to find a place to stay. “You have to have your room booked or you will face problems,” he warned.

Yazıcı said they were also receiving up to 50,000 tourists daily from abroad to the city. “With Bayram, this will rise to 80,000 daily,” he said. “We will have a large number of people here. Last year, there were less people as they feared the pandemic and were confined at home. Disruptions to daily life due to restrictions depressed people. They need a vacation and Antalya is among the most beautiful vacation spots,” Yazıcı said.

The governor said almost all tourism facilities had “safe tourism” certificates that certify their compliance with all COVID-19 measures.

Osman Gürün, mayor of Muğla, another popular province for holidaymakers, also warned about making early bookings. “You have to reserve your room beforehand. Otherwise, your holiday might be in trouble,” Gürün told reporters.

Muğla is home to the popular resort towns of Bodrum, Datça, Marmaris and Fethiye. On Friday, traffic on the roads leading to the province was growing. The province’s population, which stands at around 1 million, is expected to quadruple during the nine-day holiday.