Turkish lira marches higher to over 6-month high against dollar 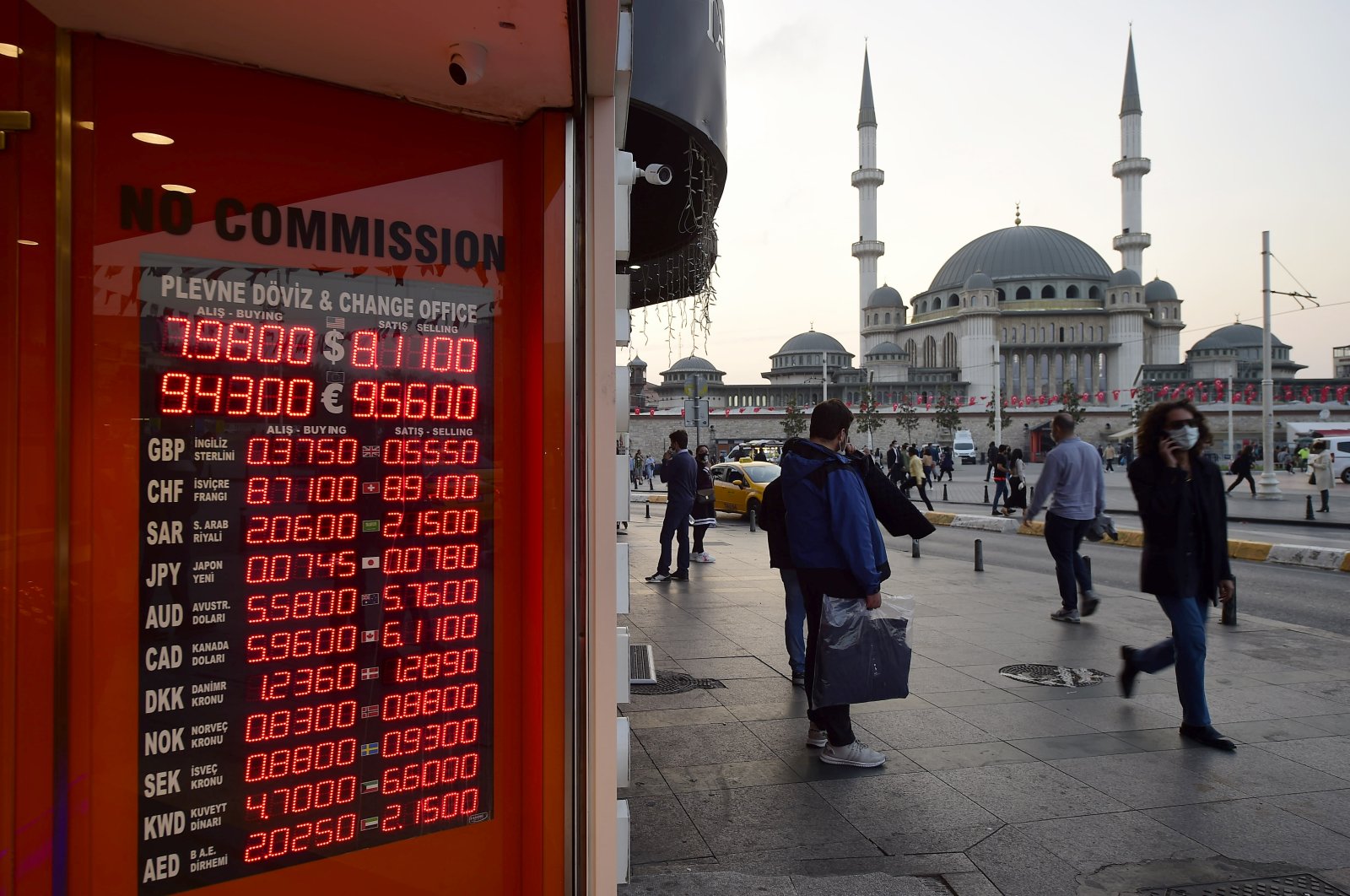 The Turkish lira maintained its rally as it marched higher to over six-month highs against the U.S. dollar on Tuesday, extending its gains amid hopes of tighter monetary policy.

Vaccine rollouts and hopes of more stimulus kept up appetite for risk, denting the safe-haven dollar.

The lira on Monday rallied to below 7 versus the dollar for the first time since early August.

It has risen more than 6% so far this year, by far the best in emerging markets (EM).

The lira has rallied around 23% since a new Central Bank of the Republic of Turkey (CBRT) governor was appointed in early November.

The central bank is expected to hold steady at the policy meeting on Thursday, even as inflation rose to near 15% last month.

A panel of economists surveyed by Anadolu Agency (AA) on Friday also forecast that rates would remain unchanged.

In a note on Monday, ING also said the CBRT would likely hold the policy rate steady, preferring to wait and see the impact of its prior moves.

CBRT Governor Naci Ağbal said a possible rate cut will not be on agenda for a long time this year. The bank held rates in January after hiking them by 675 basis points to 17% from 10.25% since November.

“From a nominal rate perspective, Turkey does look more attractive compared to other emerging markets because interest rates are already so high,” said Cristian Maggio, head of emerging market strategy at TD Securities.

“Turkish inflation is also higher than South Africa and Russia, so real rates in Turkey also stand out, but not as much as nominal rates,” he was cited as saying by Reuters. “So, if the dollar continues on its weakening path, then markets will look at Turkey with interest because it’s a very attractive carry trade.”

Stocks in Europe flirted with one-year highs, buoyed by hopes that the rollout of the COVID-19 vaccine and a huge U.S. stimulus package will translate into a durable economic recovery and draw a line under a year of lockdowns.

“The big picture is that there is an awful lot of enthusiasm for recovery when it comes to the vaccine program,” said Michael Hewson, chief market analyst at CMC Markets.

The prospects for economic recovery lit up commodities, with copper at $8,384.50, after hitting its highest since May 2012. The European mining index was at its highest level since July 2011.

Hospitality stocks could see more gains as restaurants, hotels and pubs reopen in coming weeks. They should do well on the back of the "staycation" trade, Hewson said.

But Hewson said most investors were ignoring numbers on past economic performance, opting to look ahead to recovery on the back of an easing of lockdown restrictions going into the summer.

“Markets started the week in a risk-on mood, in light of positive news relating to vaccine rollout. Risky assets continued to rise, with stocks performing well in Europe,” UniCredit analysts said in a note.

The U.S. dollar at 90.229 was mired at a three-week low as growing optimism about recovery sent investors into riskier currencies, including the euro and British pound.

U.S. President Joe Biden is pushing ahead with his plan to pump an extra $1.9 trillion in stimulus into the economy, in a further boost to market sentiment.

Market sentiment in Europe was helped by gains overnight in Asian shares, with Japan’s Nikkei blue-chip index up 1.28% at a 30-year high.

In Hong Kong, the Hang Seng Index rose 1.9% to hit a 32-month high, while Australia's S&P/ASX200 gained 0.7%. Mainland Chinese markets will remain closed for the holidays until Thursday.

Ord Minnett advisor John Milroy said while share markets were positive, investors were becoming wary of the future risk of inflation due to central bank and government stimulus programs in place around the world.

The bullish view on the economy lifted bond yields, with the 10-year U.S. Treasury yields gaining to 1.23%, their highest since late March.

Investors are looking to the minutes from the U.S. Federal Reserve’s (Fed) January meeting, due to be published on Wednesday, for confirmation of its commitment to maintaining its dovish policy stance in the near future. That in turn is set to keep a tab on bond yields.

Oil prices jumped to a 13-month high as a deep freeze due to a severe snow storm in the United States not only boosted power demand but also threatened oil production in Texas.

Gains in the currency were limited, however, as investors kept an eye out for sanctions after threats of the same by Western countries over the arrest of Kremlin critic Alexei Navalny.

TD Securities’s Maggio also pointed to a weakening correlation between oil prices and the ruble.

“Historically and even today Russia is an oil-dependent economy, but it is less so today than in the past. As this diversification out of the hydrocarbons sector continues, you will see an increasing decoupling of the ruble from the normal oil price dynamics.”

The Polish zloty was flat against a steady euro. Poland’s central bank could intervene in the currency markets to keep the rising zloty in check, bank Vice President Marta Kightley said on Monday. The currency is up about 1.8% so far this year and was last at 4.48 against the euro.