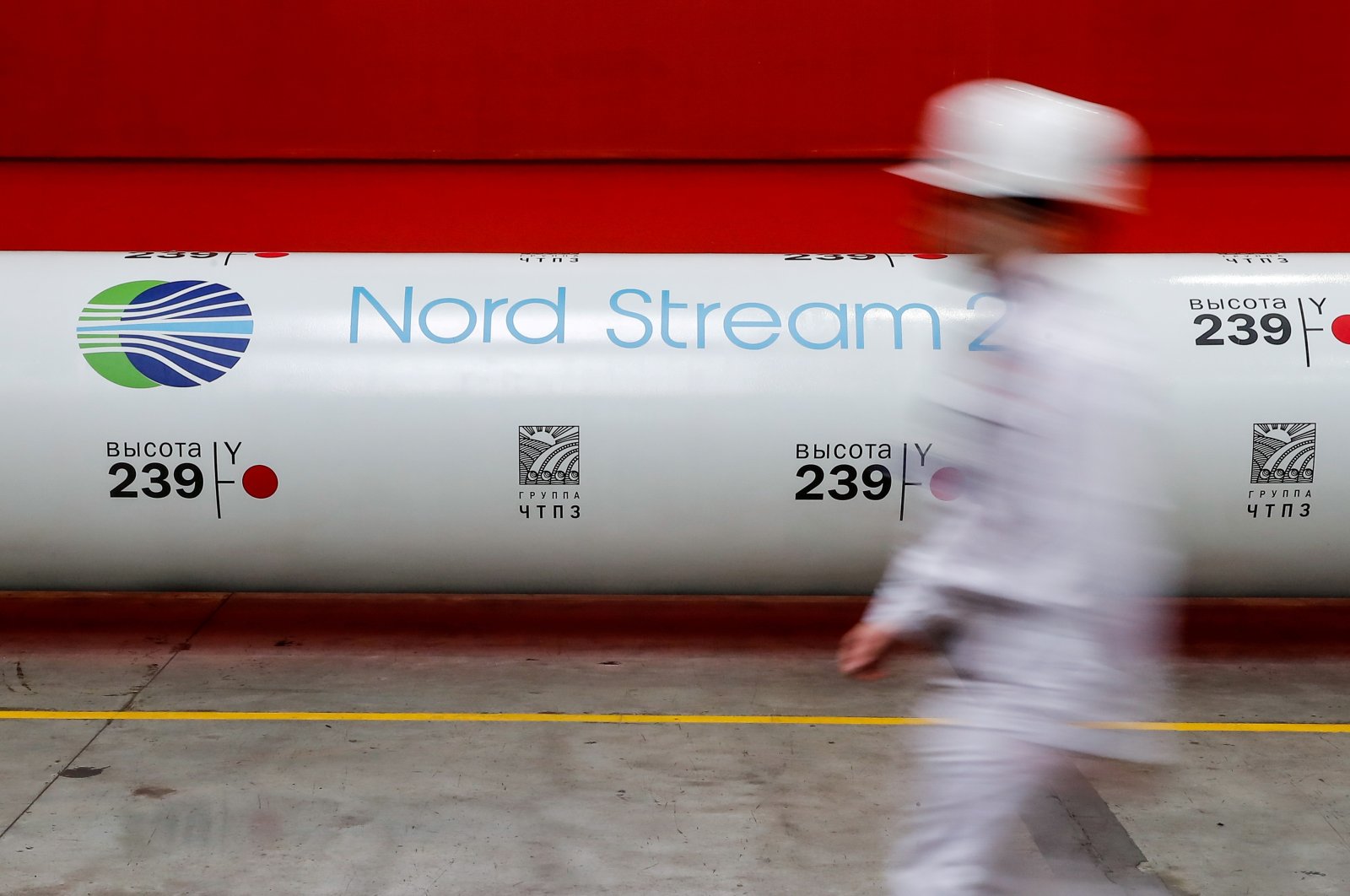 The logo of the Nord Stream 2 gas pipeline project is seen on a pipe at the Chelyabinsk pipe-rolling plant owned by ChelPipe Group in Chelyabinsk, Russia, Feb. 26, 2020. (Reuters Photo)
by REUTERS Jan 21, 2021 3:35 pm
Edited By Ayşe Betül Bal
RECOMMENDED

A resolution calling for the European Union to stop the completion of the Nord Stream 2 gas pipeline that would deliver Russian natural gas to Europe is expected to be backed by the bloc lawmakers on Thursday, following the arrest of Russian dissident and Kremlin critic Alexei Navalny.

Navalny, Russian President Vladimir Putin’s most prominent critic, was detained over the weekend and later jailed for alleged parole violations after flying back to Russia for the first time since being poisoned by a military-grade nerve agent.

German Chancellor Angela Merkel, who has continued to back the pipeline despite criticism elsewhere in the EU, said Thursday her view of the project had not changed despite the Navalny case.

Lawmakers in the European Parliament will vote at 3:30 p.m. GMT on the resolution, which is expected to pass, calling on the EU to review relations with Russia in light of Navalny’s arrest.

A draft of the resolution, which is not binding but carries political weight, seeks an immediate stop to construction of the German-Russian Nord Stream 2 pipeline.

“The European Parliament ... calls on the EU and its member states to critically review cooperation with Russia in various foreign policy platforms and on projects such as Nord Stream 2, the completion of which the EU must stop immediately,” the draft, reviewed by Reuters, said.

Nord Stream 2 is designed to double capacity of the existing undersea Nord Stream gas pipeline from Russia to Germany to 110 billion cubic meters per year, more than half of Russia’s overall pipeline gas exports to Europe.

Led by Russia’s Gazprom with Western partners, the pipeline is more than 90% complete and scheduled to operate from early 2021.

The project has split the EU, with some members saying it will undermine traditional gas transit state Ukraine and increase the bloc’s energy reliance on Russia.

The EU should “devise a new strategy for the EU’s relations with Russia, centred around support for civil society, which promotes democratic values, the rule of law, fundamental freedoms and human rights,” the draft resolution said.