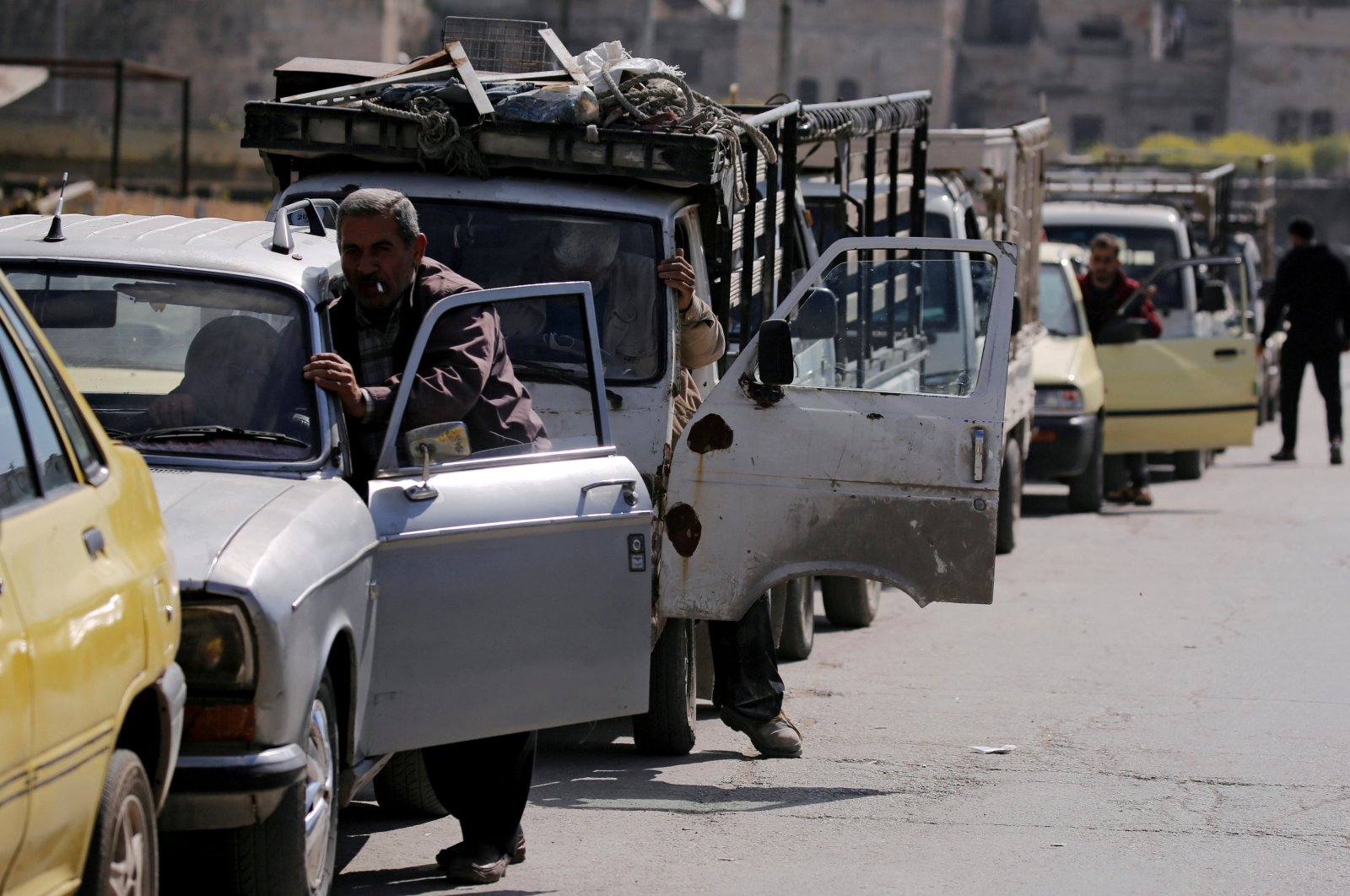 While oil shipments from Iran to the Syrian regime will help solve the fuel crisis, they are also a ploy by Tehran to protect its strategic interests in the region and remain a player in the Levant, experts told Anadolu Agency (AA).

In response to the growing fuel crisis since mid-March when the PKK terrorist organization and its Syrian offshoot, the YPG, cut off oil provisions due to the accumulation of debt by the Bashar Assad regime, Iran has resumed its support for Assad with shipments of over 3 million barrels of oil in four tankers.

The YPG/PKK controls areas in the provinces of Deir el-Zour and Hassakeh, known as the most oil and gas-rich regions.

The fuel crisis brought transportation and social life to a halt, especially in the crowded cities of Damascus, Aleppo, Latakia, Hama and Tartus.

According to naval tracking firm Tanker Trackers, the tankers Arman 114, Sam 121, Daran and Romina could be traced around the southern part of the Red Sea heading to Syria. The first tanker with 900,000 barrels of oil was discharged to the Baniyas refinery in Syria on April 8.

Since the tankers' automatic identification systems have been switched off, the tankers can no longer be tracked.

Tanker Trackers said the Arman 114 tanker was formerly known as Adrian Darya-1, and the same tanker was also previously named Grace 1. British Royal Marines near Gibraltar seized it on July 4, 2019, on suspicion that it violated European Union sanctions while heightening international tension by carrying oil to Syria.

The Iranian oil shipment of over 3 million barrels is planned to meet the fuel needs of the areas hit by the fuel crisis.

"Iran's fuel shipments to Syria are an important part of the Assad regime's survival strategy since Syria's own oil production and refining capabilities were largely destroyed in the civil war," Jim Krane, a research fellow at the Houston-based Rice University's Baker Institute, said.

The YPG/PKK terrorist group continues to occupy 70% of Syria’s oil resources, with support from the United States, while oil refineries remain under the regime's control. The oil-rich Deir el-Zour region, located on the border with Iraq on the eastern bank of the city divided by the Euphrates River, has 11 large oil fields.

According to Krane, Iran uses these oil shipments to remain a player in the Levant to the frustration of some of Syria's neighbors.

"None of the other neighbors are willing to openly help Syria so Iran's oil shipments generate popular support among Syrians grateful for Tehran's willingness to help in their time of need," he said.

Nazila Fathi, a non-resident fellow at Washington-based Middle East Institute, said Iran, with its strategic interests in Syria, has gone to extreme lengths to support Assad’s regime since the civil war broke out.

"The shipment of oil, while Iran is negotiating with world powers over its nuclear program to get the sanctions lifted, signals that Tehran is not willing to negotiate over its regional influence. This appears to be part of a strategy that Iranian officials publicly support," she said, referring to the statements of the Iranian parliament speaker’s special aide for international affairs, Hossein Amir-Abdollahian last week.

Amir-Abdollahian said during his meeting with Shafiq Dayoub, Syria's envoy to Tehran, based on Syria's and Iran's deep-rooted friendship, Iran will continue to support Syria, which he said is at the front of the resistance.

"Israel has attacked ships carrying Iranian oil and weapons to Syria and Iran has retaliated with tit-for-tat measures. Unfortunately, these moves risk fueling further instability in the region," Fathi warned.