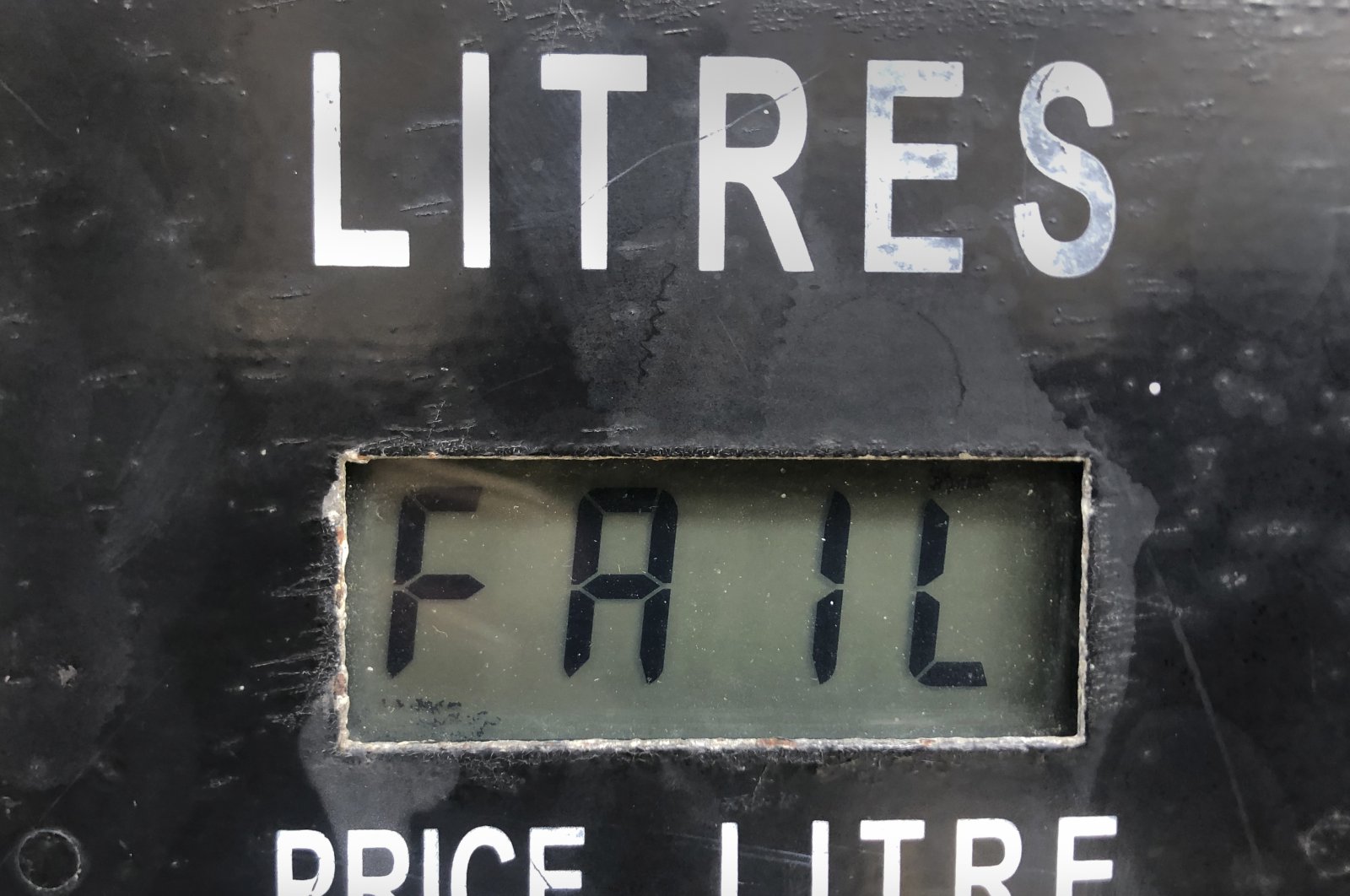 A screen on a gasoline pump reads, "Fail," after the latest increase in fuel prices with most meters unable to accommodate the new five digit price for one liter of gas, in Beirut, Lebanon, Sept. 22, 2021. (AP Photo)
by ASSOCIATED PRESS Sep 22, 2021 4:03 pm
RECOMMENDED

Lebanon’s new government raised the price of fuel on Wednesday by 16%, the second time in five days, as part of a gradual lifting of subsidies in the crisis-struck country.

The new hike brings the price of fuel, in short supply, closer to black market rates and comes after warnings from Lebanon’s central bank that it can no longer continue to subsidize fuel purchases that have drained its foreign reserves. The ministry of energy announced the new prices in a statement.

The new government, confirmed by parliament this week, said lifting subsidies – which account for billions of dollars – would be among its priorities.

Lebanon has been experiencing a crippling economic and financial crisis, which the World Bank has described as one of the worst in the world in the last 150 years.

The country descended into financial chaos and impoverishment as the crisis unfolded in late 2019. The small country of 6 million, including Syrian refugees, has been grappling with shortages of fuel, medicine and basic goods as foreign reserves dwindle and the economy contracts. The national currency has been in free fall, losing more than 90% of its value.

Since then, the import-dependent Lebanese pound has had multiple exchange rates, including ones set to organize imports. The central bank said last month it will start extending credit to fuel importers at the market rate, effectively signaling the end of subsidies.

The government’s priority is to restart negotiations with the International Monetary Fund for a recovery package. Talks with the former government failed after disagreement over the scope of the problem. Lebanon defaulted on its foreign debt for the first time in March 2020.

It is not immediately clear if this is the final price increase before subsidies are totally lifted.

Following Wednesday’s gas price hikes, people will have to pay some ten times more for fuel compared to pre-crisis rates. A common unit of measurement – 20 liters – of 95-octane gasoline now costs about $14.45.

With prices rising so steeply, many pumps simply could not handle the new five-digit figures on their screens, and displayed “fail” messages. Several stations shut down while seeking a solution to the dilemma.

Long queues outside gas stations have often descended into chaos or violence and caused major traffic jams. Gas stations ration the amount of gasoline they distribute. Prices of diesel for local power generation – a necessity as national supply is almost non-existent – have also increased more than tenfold. It is thus nearly impossible for many families to secure electricity for their homes. Many businesses have had to shut down.