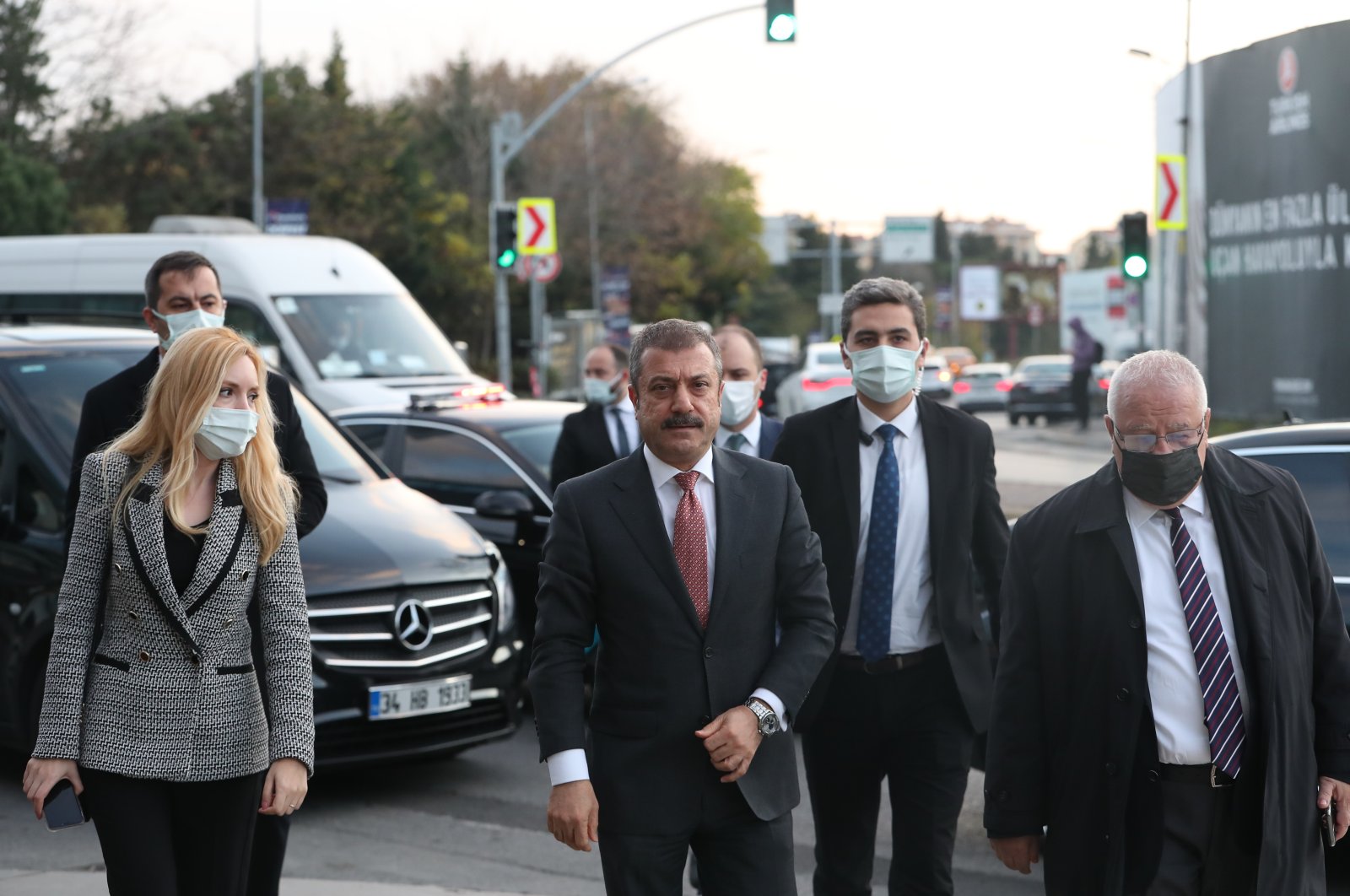 Zurich-based Credit Suisse analysts on Monday said in a report that the Central Bank of the Republic of Turkey (CBRT) may not continue interest rate cuts at the year’s last meeting, according to what the lender’s governor said last week.

The report revealed that CBRT Governor Şahap Kavcıoğlu at the investor meeting held last week said that the probability of no interest rate cuts at the Dec. 16 meeting has increased.

During the CBRT's videoconference on Dec. 2, Deputy Governor Mustafa Duman said that the Monetary Policy Committee (MPC) will decide between a rate cut and a pause on Dec. 16, and Kavcıoğlu intervened by saying that “the chances of no rate cut on Dec. 16 had increased,” the report said.

Meanwhile, Kavcıoğlu was cited as telling investors at the time that the effects of the recent monetary policy easing will be felt in the first half of next year.

He was said to have signaled that the policy easing will likely pause in January “after one more interest rate cut this month,” according to the participants in an investor call.

In its policy statement last month, when it cut rates by another 100 basis points, the bank said it would consider using a “limited” amount of room for easing in its next meeting on Dec. 16.

Since September, the central bank has cut its policy rate by 400 basis points to 15% and is widely expected to lower it again this month. Inflation, on the other hand, climbed to 21.31% in November.

Kavcıoğlu’s remarks come amid high volatility in the exchange rates, which prompted the central bank to intervene both on Dec. 1 and Dec. 3 due to what it said were “unhealthy price formations” in the market.

The bank last month also warned it was observing unhealthy price formations in forex markets that are “unrealistic and completely detached from economic fundamentals.”