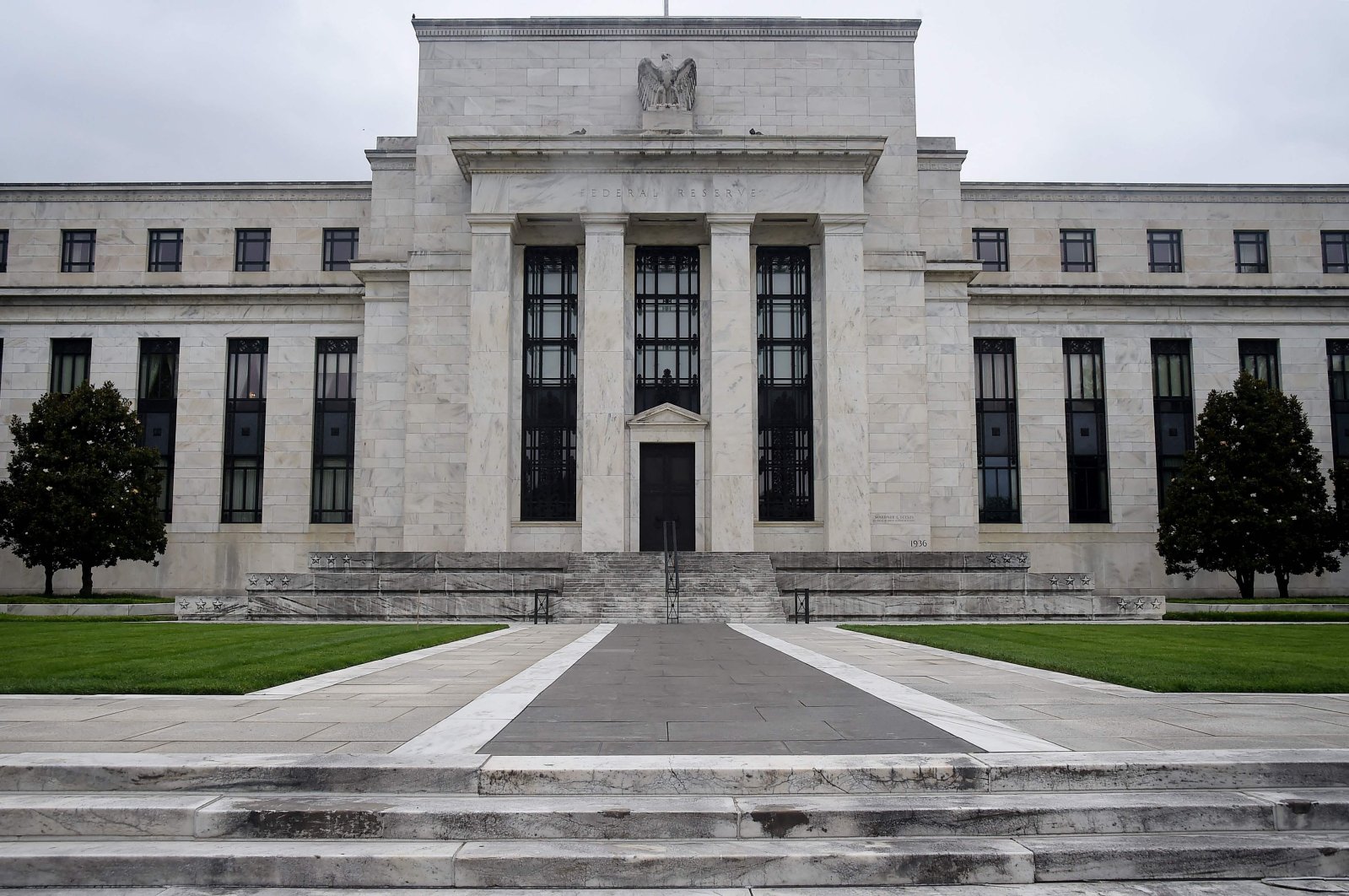 The Federal Reserve signaled Wednesday that it may act sooner than previously planned to start dialing back the low-interest rate policies that have helped fuel a swift rebound from the pandemic recession but have also coincided with rising inflation.

The Fed's policymakers forecast that they would raise their benchmark short-term rate, which influences many consumer and business loans, twice by late 2023. They had previously estimated that no rate hike would occur before 2024.

In a statement after its latest policy meeting, the Fed also said it expects the pandemic to have a diminishing effect on the economy as vaccinations increase, thereby allowing for more growth.

“Progress on vaccinations has reduced the spread of COVID-19 in the United States," it said. “Amid this progress and strong policy support, indicators of economic activity and employment have strengthened.”

Taken as a whole, the Fed's latest policy statement reflected its recognition that the economy – and inflation pressures – have gained momentum in the wake of the recession much faster than expected, thanks in part to the pace of vaccinations.

Accordingly, the central bank raised its forecast for inflation to 3.4% by the end of this year, from 2.4% in its previous projection in March. Yet the officials foresee price increases remaining tame in the following two years. That outlook reflects Chair Jerome Powell's view that the current inflation spikes stem mainly from supply shortages and other temporary effects of the economy's swift reopening from the pandemic.

Soon after the Fed issued its statement Wednesday, U.S. stocks fell further from their record highs, and bond yields rose. The yield on the 10-year Treasury note rose from 1.48% to 1.55%.

In addition to having pegged its key rate near zero since March of last year, the Fed has been buying $120 billion a month in Treasury and mortgage bonds to try to hold down longer-term rates to encourage borrowing and spending.

The Fed officials are widely believed to have begun discussing a reduction in those monthly bond purchases at the policy meeting that ended Wednesday – a first step in pulling back on its efforts to stimulate the economy. There was no mention of paring those bond purchases in the written statement the Fed issued after the meeting.

The Fed is grappling with a dilemma: Inflation is rising much faster than it had projected earlier this year. And America’s increasingly vaccinated consumers are now comfortable venturing away from home to travel, go to restaurants and movie theaters and attend sporting events. Solid consumer spending is accelerating economic growth, and manufacturing and housing have significantly strengthened.

Yet hiring hasn’t picked up as much as expected. Monthly job growth has remained below the 1 million-a-month level that Powell had said in April he would like to see, though employers are clearly interested in hiring more, having posted a record number of available jobs.

Since December, the Fed has said it wants to see “substantial further progress” toward its goals of full employment and inflation modestly above 2% before it would begin tapering its bond purchases.

Speaking at a news conference Wednesday, Powell said he expected the job market to improve significantly through the summer and into fall as more vaccinated people grow comfortable about taking jobs involving face-to-face contact with the public and as expanded federal jobless benefits end.

“There is every reason,” Powell said, “to think that we will be in a labor market with very attractive numbers, with low unemployment, high participation and rising wages across the spectrum.”

With inflation having spiked in the past two months, the Fed is under rising pressure to consider slowing those bond purchases. But with the unemployment rate at a relatively high 5.8% and the economy still 7.6 million jobs short of its pre-pandemic level, Powell and many other Fed policymakers have suggested in recent weeks that the economy is still far from achieving that progress.

Economists generally expect the Fed to continue discussing tapering its bond purchases and then – by late August or September – to outline specifically how and when it would begin. That would set the stage for a reduction in bond purchases to actually begin near the end of this year or in early 2022.

Last week, the government reported that inflation jumped to 5% in May compared with a year earlier — the largest 12-month spike since 2008. The increase was driven partly by a huge rise in used car prices, which have soared as shortages of semiconductors have slowed vehicle production. Sharply higher prices for car rentals, airline tickets, and hotel rooms were also major factors, reflecting pent-up demand as consumers shift away from the large goods purchases many of them had made while stuck at home to spending on services.

Prices for such services, which had tumbled at the outset of the COVID-19 outbreak, are now regaining pre-pandemic levels. With more people gradually returning to work in person, the reopening of the economy has also forced up prices for clothing. Yet such price increases may not last.

Another key consideration for the Fed is whether inflation persists long enough to affect the public’s behavior. If Americans begin to expect price increases, those expectations can trigger a self-fulfilling cycle as workers demand higher wages, which, in turn, can lead their employers to keep raising prices to offset their higher labor costs.

So far, bond yields and consumer surveys suggest that while higher inflation is expected in the short term, investors and most of the public expect only modest price gains in the long run. Powell has long maintained that the public’s perceptions of future inflation evolve only slowly.