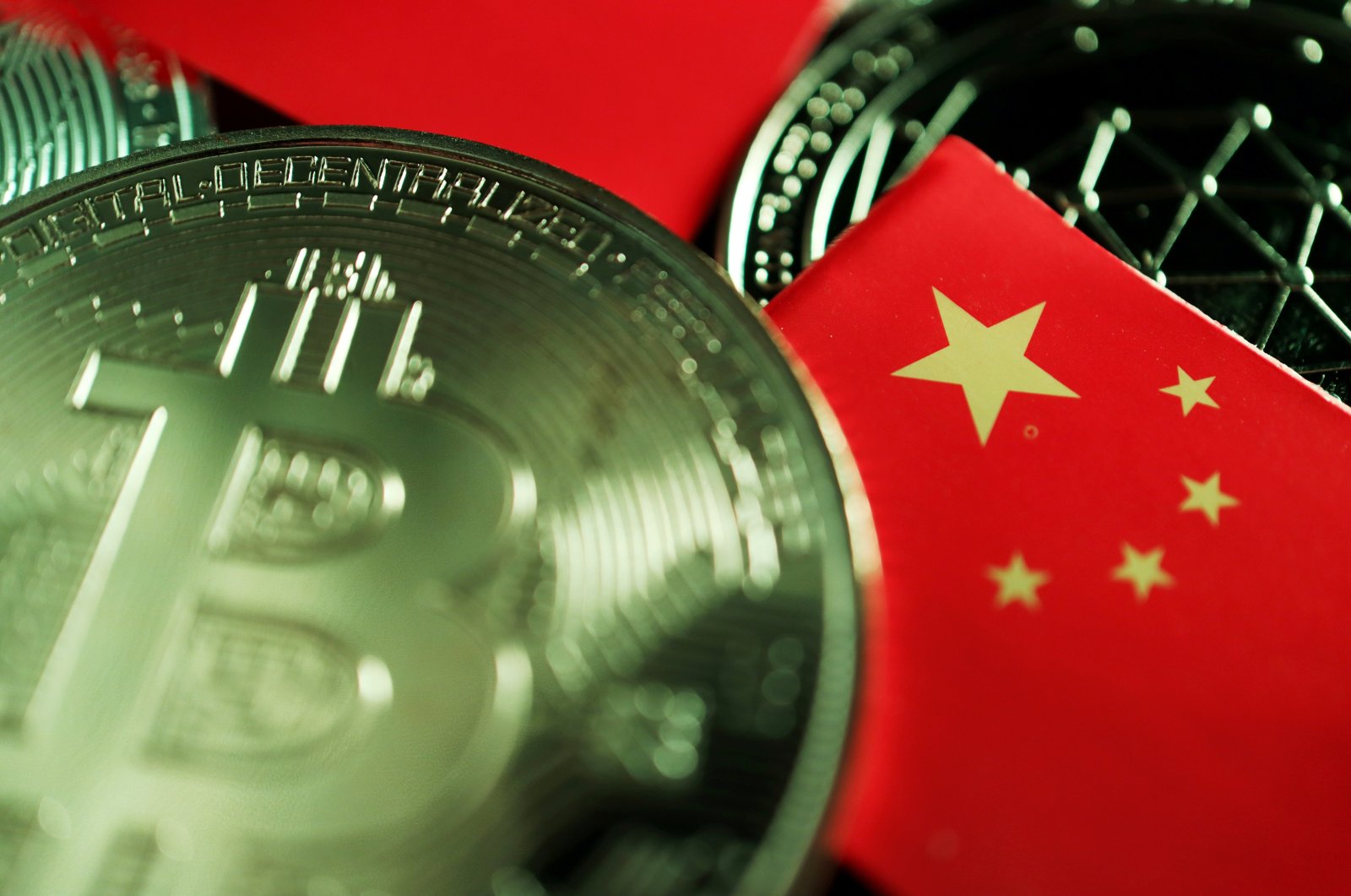 A Chinese flag is seen among representations of Bitcoin and other cryptocurrencies in this illustration picture taken June 2, 2021. (Reuters Photo)
by Reuters Jul 15, 2021 2:17 pm
RECOMMENDED

China has lost a significant portion of its dominance in global Bitcoin mining, even before Beijing’s latest crackdown on cryptocurrencies in May, research by the University of Cambridge revealed Thursday.

China has long been the center of global cryptocurrency mining, an energy-intensive process. Many Bitcoin miners in China use fossil fuels including coal, stoking concerns over Bitcoin's environmental footprint.

The country's share of the power of computers connected to the global Bitcoin network, known as "hash rate," fell to 46% in April this year from 75.5% in September 2019, according to the data from the Cambridge Centre for Alternative Finance.

In the same period, the United States' share of hash rate jumped to 16.8% from just over 4%, making it the second-largest producer of Bitcoin. Kazakhstan's share also rose to around 8%, with Russia and Iran the other major producers.

The research gives a rare glimpse into global trends of Bitcoin mining, amid increasing worries from the likes of Tesla over how the cryptocurrency is produced.

The decline in Chinese mining power came ahead of a crackdown by China's state council, or cabinet, on Bitcoin mining and trading in late May, citing underlying financial risks.

After reaching an all-time high figure of $63,523 in May, the cryptocurrency's market cap exceeded $1 trillion but the record was short-lived as by June Bitcoin lost almost half of its value, trading at around $31,000 these days.

Anhui, in eastern China, became this week the latest province to announce a sweeping ban on cryptocurrency mining.

Major Chinese mining hubs including Sichuan, Inner Mongolia and Xinjiang have all issued detailed measures since to root out the business, paralyzed the mining industry as miners dump machines or move to places including Texas or Kazakhstan.