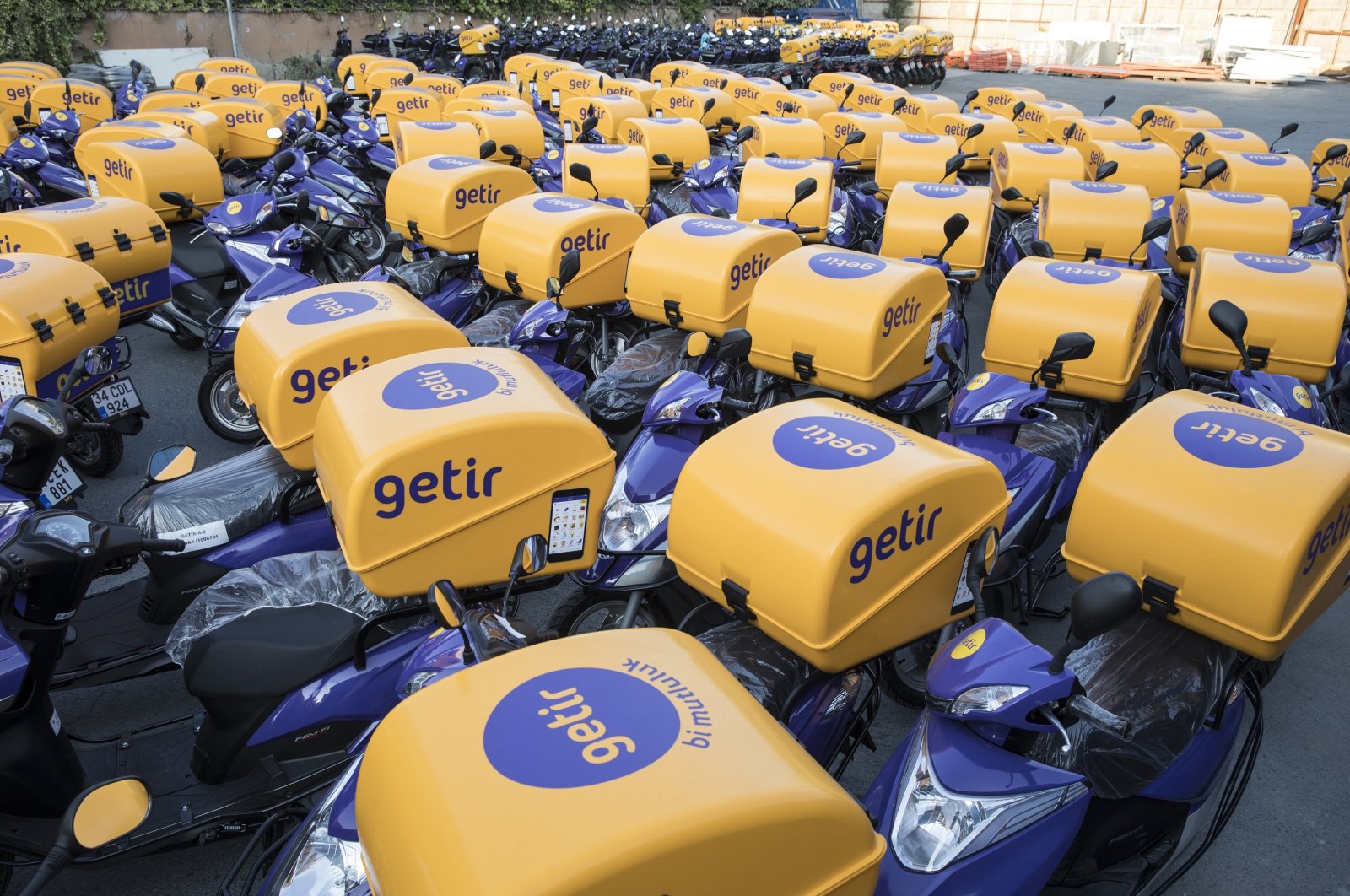 Getir is the first venture in the nation to be valued at over $1 billion without making an exit, and many wonder how the rapid delivery startup became a tech company and what the algorithm is behind it

Yet, contrary to the tradition, the startup did not make an exit, a point where founders hand over the control of a venture that is acquired by another company.

For instance, the founding entrepreneur of Turkey’s first unicorn, Istanbul-based Peak Games, made an exit after the company was acquired by Zynga for $1.8 billion in 2020 and the control was completely handed over to the U.S.-based global gaming giant.

Getir founding partner Nazım Salur drew attention to the importance of the five founding partners holding 60% of the shares in the startup, which raised $300 million in last week’s funding round for an international expansion.

The funding round valued the company at about $2.6 billion. None of Getir’s founding partners made an exit.

“From the very beginning, we have been telling startups to treat investors generously and not to lose their stake,” Salur said, adding they held meetings patiently and negotiated well with the investor in this process.

Salur asserts they are not against foreign investors, “but we are against a situation where making an ‘exit’ is interpreted as the only option.”

“Otherwise, we also benefit from foreign investors. However, we negotiated hard with them. We have been very selective. In this way, the ratio of five founding partners and domestic investors remained above 60%.”

Salur has been patient in his success and has maintained his path without despair even when he faced serious difficulties on the side of his homegrown taxi app, BiTaksi, of which he is also a founder.

He faced competition from Istanbul Metropolitan Municipality’s (IBB) iTaksi app and was so to speak almost “beaten” by regulation.

The fact that he found and followed the Getir idea as he was looking at the BiTaksi screen and was meeting with investors for the venture, instead of despairing when IBB came up with iTaksi, is a great example.

In fact, when looked at from this aspect, the fact that institutions that need to regulate the sector actually rival an entrepreneur did not divert Salur from his path.

In other words, even though the BiTaksi screen and algorithm were prepared with important time and effort without making a difference in that startup, it was a complete lesson that inspired a new venture.

In other words, Salur did not make a mistake of admiring his own venture, and even though he was “beaten” by regulation, he never got into a fight. On the contrary, he decided to establish the business of the future in the location-based map data of the BiTaksi app.

It is quite natural that Salur’s idea of delivering groceries in an average of 10 minutes came as an example of the dynamism of a city where crossing from one continent to another takes only five minutes.

Salur explained this story during last year’s shooting in Istanbul’s Ortaköy, right along the Bosporus shore. Making the biggest investment in the software team, Getir follows an infrastructure that prepares an offer by remembering when, how often and which products a customer orders.

In other words, a unique and location-based average requirement map is determined, and optimization is also made for profitability over time. Afterward, the application learns with software what should be placed on the shelves in each city, region by region.

Nazım Salur was asked the question the day the company raised its $300 million investment, but people do not directly admit that they are tech companies if they do not have a handheld technology product or software such as a smartphone, computer or television.

“When we cannot use technology, we lose to our competitors. We can create the magic of delivering in 10 minutes with software and make it permanent. This distance should never be extended,” Salur explained.

“In fact, we have to stay ahead of our competitors. That is why we could not achieve this without turning into a technology company.”

As a result, he said investors invest in the experience of their labor force and their software.

“Otherwise, we have neither building nor real estate value. We have a great team. The investor is already investing in this labor force, their experience and technology, namely the software.”

Choosing a partner and investor

The fact that Salur and the five founding partners still hold 60% of the shares in Getir makes the investor believe that the chance of the startup is high while doing global business.

The first person Salur opened up with about the Getir idea was Serkan Borançılı, one of the founders who sold one of the leading Turkish e-commerce sites Gittigidiyor to eBay years ago.

In other words, a serial entrepreneurial partner emerges as an important experience both in the growth of the company and in investor negotiations.

Among the founding partners of Getir, Tuncay Tütek brings significant sales and brand experience in international companies to the team. This results in a good mix for the venture. Afterward, the right steps taken in the selection of investors and negotiations enable the founding partners to preserve their strong role. However, this is not so easy to achieve.

Startups with a valuation of more than $1 billion are described as unicorns. There are 630 companies on the CB Insights list of unicorns as of March 2021.

Getir has now also managed to make it to the list with a valuation of $2.6 billion. A venture valued at more than $10 billion is called a decacorn, while a venture exceeding $100 billion is a hectocorn.

If Getir catches a success story in its international growth, it can be seen on the decacorn list in a couple of years.

Europe will be the racing ground for the idea of delivering in 10 minutes. In the race that started in Europe with the right algorithm, profitability, fast growth and correctly selected cities, Germany-based grocery delivery startup Gorillas recently raised $290 million in a Series B funding round, valuing the company at over $1 billion.

In the race, Getir has used its algorithms for a long time by testing them long before. Now the Turkish venture is gearing up for a journey in the major metropolises of Europe.

The company took a leap toward its global journey in January as it launched its rapid delivery service for grocery and corner shop items in London.

It is now preparing to start operating in other major European cities such as Paris, Amsterdam and Berlin.

The first stop in the Americas is expected to be Brazil. However, decisions will depend on the pandemic conditions.

Shelf life is being calculated separately for each product in Getir’s warehouses.

Shelf life is of great importance in profitability measurements and cash flow calculations. The products in the distribution chain in each selected region are examined in detail. While consumer recommendations, frequency of application use and user satisfaction are constantly monitored, the average product age of each region is determined.