Over 60% of Russian tourists remain committed to Turkey plans 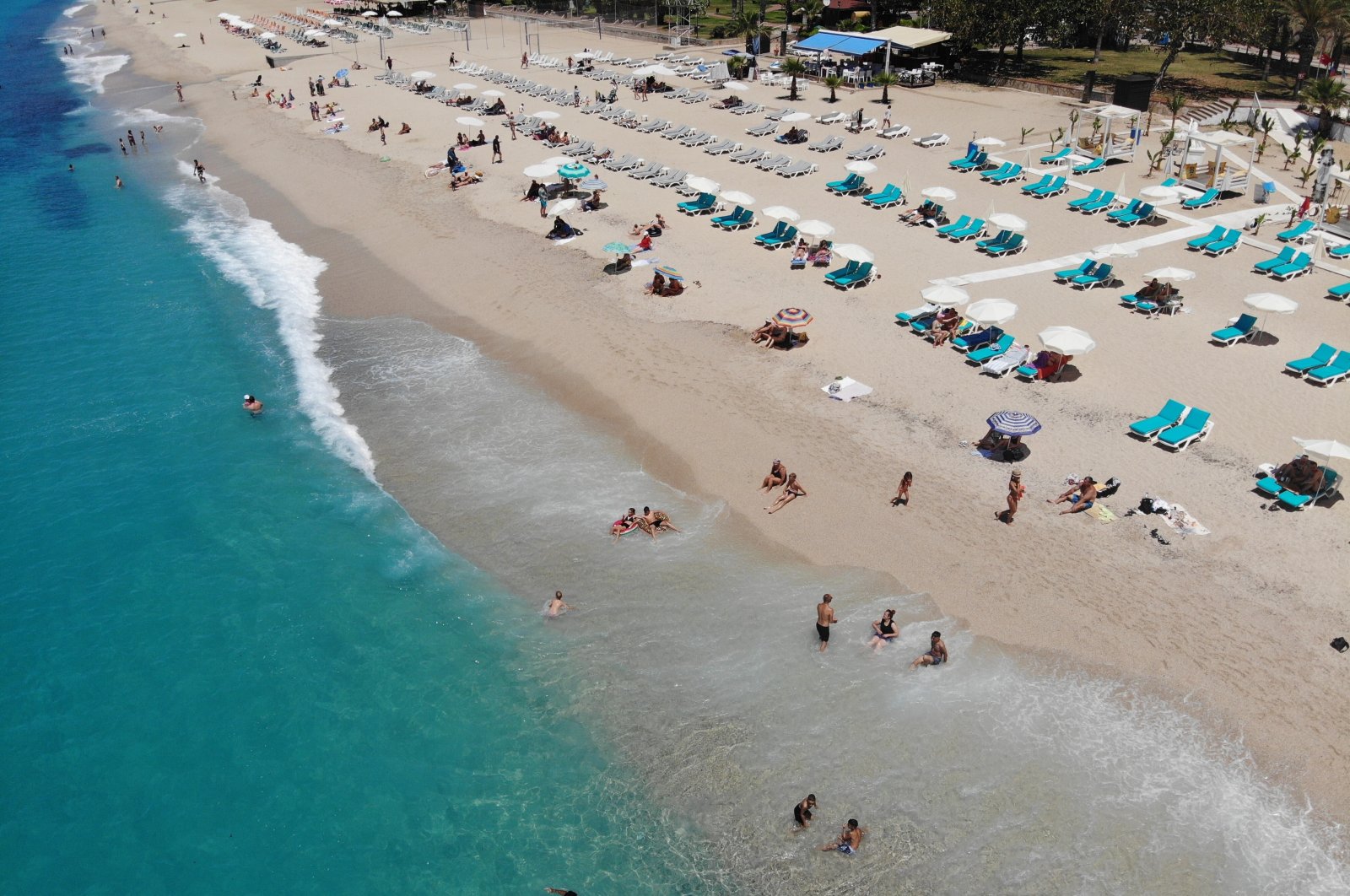 Even the flight restrictions seem ineffective in deterring Russian vacationers from choosing the Turkish Mediterranean coastline, known to be one of the No.1 destinations for Muscovites, for their holidays.

Dmitriy Gorin, vice-chairperson of the Association of Russian Tour Operators (ATOR), during his speech at the Digital Aviation and Travel Forum held in Moscow on Tuesday, evaluated the recent developments regarding the halted flights from Russia to Turkey between April 15 to June 1.

Gorin said this move, which was made by the Russian government reportedly due to an increasing number of COVID-19 cases in Turkey at the time, delivered a heavy blow to Russian tourism agencies as well.

"According to our calculations, companies have a total debt of 20 billion rubles ($271 million) to tourists due to canceled tours," he said since, in this period, some 500,000 holidaymakers had to cancel or postpone their vacation plans to Turkey.

However, Gorin said, over 60% of Russian tourists didn’t cancel their Turkey tours and chose to postpone them.

Some 18% preferred another destination for their holidays, while 15% turned to local tourism opportunities, he said.

Russian Deputy Prime Minister Tatyana Golikova announced on April 12 that the country had decided to restrict all flights, including charter flights between Turkey and Russia between April 15 and June 1.

Meanwhile, 1 1/2 months have passed since the decision yet uncertainty over whether Moscow will allow its citizens to travel is causing concerns among the industry as well as tourists.

The Russian government already denied reports that the ban had been extended until the end of June.

Turkish officials were in Russia’s capital to hold meetings on tourism and resuming air travel. Russia is expected to send a delegation to assess measures taken by Turkey to protect airports, hotels and other tourist locations from the coronavirus before deciding on when to lift its flight ban.

Officials have also said the calendar regarding air travel could be unveiled at the end of May.

Foreign tourist arrivals in Turkey surged sharply in April from a year ago due to the so-called base effect, in a turnaround from the trickle of travelers due to the coronavirus pandemic.

The measures to prevent the spread of COVID-19, on the other hand, are maintained at full pace especially now the number of tourists is expected to increase further with the dropping in the new virus cases in Turkey.

In the southern Turkish city of Antalya, dubbed the tourism capital of the country, pre-summer checks continue uninterruptedly within the scope of the Safe Tourism Certificate Program that kicked off right after the first emergence of the virus last year.

Ambassadors and journalists are also being invited to the city to see the measures in place firsthand.

Antalya Governor Ersin Yazıcı told Anadolu Agency (AA) that large-scale efforts are being made to prepare the city, which is described as Turkey's gate to world tourism, for the tourism season.

Stating that more than 80 ambassadors were hosted in Antalya for the promotion of safe tourism and informed about the certificate program, Yazıcı also added that pandemic measures were strictly being implemented throughout the city.

“We take precautions in all areas of the city, especially in our hotels, so that everyone can come to Antalya with peace of mind, which is the favorite of the world," he said.