Russian delegation to visit Turkey amid talks to restart flights 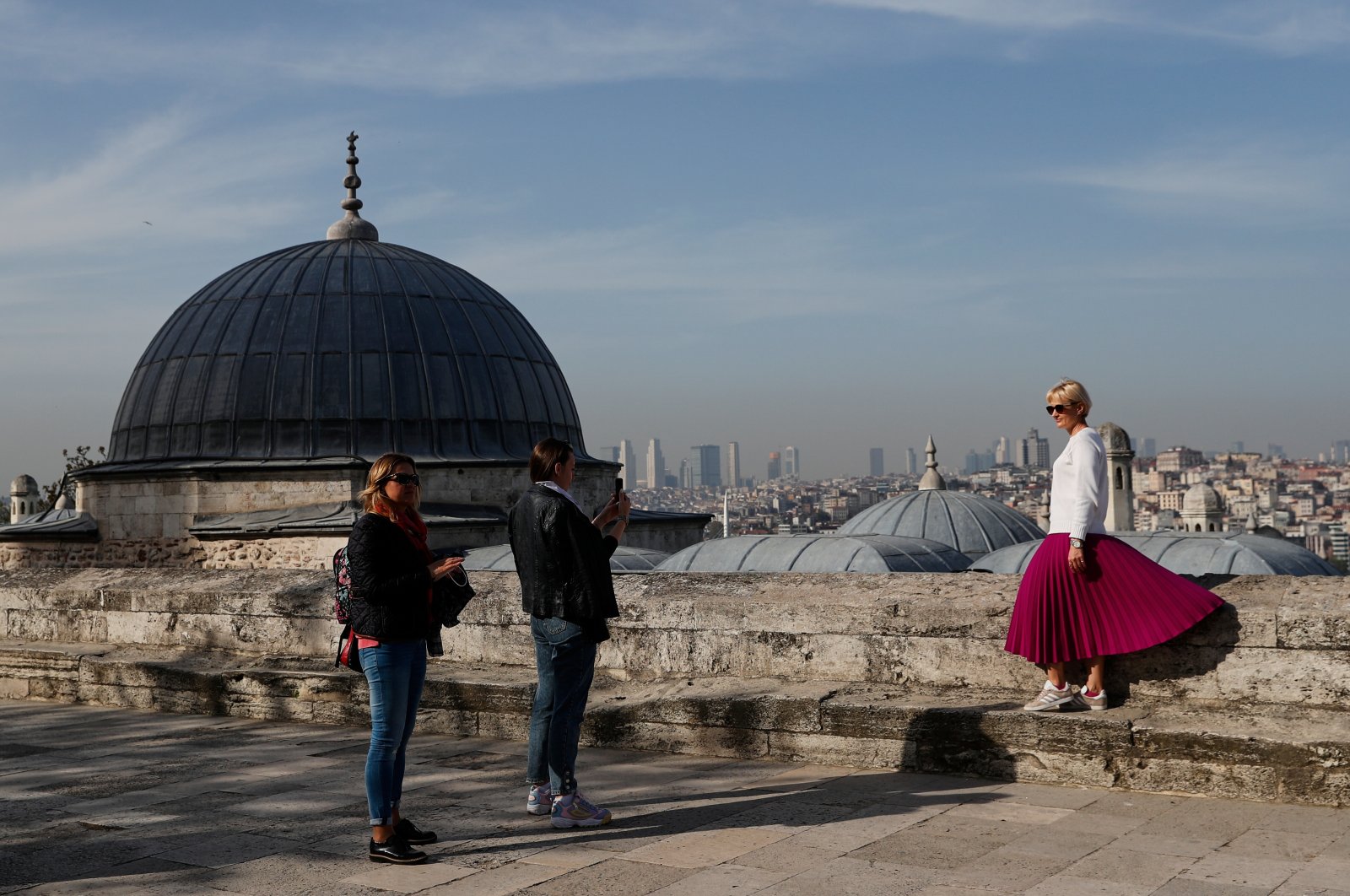 A tourist poses for a souvenir photo at the courtyard of Süleymaniye Mosque in Istanbul, Turkey, April 30, 2021. (Reuters Photo)
by DAILY SABAH May 18, 2021 2:49 pm
RECOMMENDED

A Russian delegation is expected to visit Turkey soon to assess coronavirus measures and precautions in the country and to decide whether to restart reciprocal flights that have been suspended until June, officials said.

Russia is watching the case numbers and easing of measures in Turkey closely, and officials are aware of the positive trend, Ersoy told reporters after talks with authorities.

The minister noted that Russian authorities would evaluate relevant reports and provide their feedback soon.

“After evaluating the reports, they will provide us with a visit date for on-site observation in Turkey,” the minister noted.

“If they had not seen the decline in the number of cases, the good progress, there would not have been requests to observe on-site,” he added.

“They have welcomed our request for the reopening of air traffic. They just wanted some time to observe on the spot and make the final decision.”

Turkey emerged on Monday from a full lockdown that lasted nearly three weeks and eased restrictions, offering some hope for the key summer tourist season.

Russia, the country’s top source of visitors, last month suspended most air travel to and from Turkish cities until June 1, citing rising COVID-19 cases. Only two flights per week are allowed on a reciprocal basis between Moscow and Istanbul.

“We reached an agreement for the Russian vaccine to come to Turkey as soon as possible as well as steps to be taken for the tourism season, the starting of flights and speeding up the process,” Kalın said.

Turkey in late April announced it had signed a deal to acquire 50 million doses of the Sputnik V vaccine that will start arriving this month. The shipment is expected to be completed within six months. The country has granted an emergency use authorization for the Russian jab.

“There is a short-term calendar ahead of us. We will closely follow together the steps to be taken,” Kalın noted.

In a statement following the meeting with the Turkish delegation, Golikova noted that consultations would be held between Russia’s public health watchdog Rospotrebnadzor and the relevant Turkish institutions about the COVID-19 situation.

She confirmed that the Russian delegation would visit Turkey to assess whether flights between the two countries should recommence and inspect the precautions taken by tourism facilities.

Ankara said Moscow’s decision to halt most flights blocked the plans of 500,000 tourists who had hoped to visit during the April to June period.

“We have agreed to develop an action plan on the conditions of mutual visits by tourists. This decision will ensure the protection of Russian tourists in resorts in Turkey,” she noted.

No final decision on flights yet

Meanwhile, Russia’s flagship airline Aeroflot said on Monday it was canceling most flights to Turkey for June pending a decision from the Russian government to resume flights to and from the country.

“We had stopped sales and canceled all flights to Turkey for June, with the exception of two flights per week permitted by the (coronavirus) task force as to not inconvenience passengers due to possible cancellations,” Aeroflot said in a statement.

Carrier’s spokesperson Mikhail Demin was cited by Russian news agency Tass as saying the company is ready to revise the schedule, if necessary, and increase the number of flights and open sales if other decisions are made.

“Travels are always planned weeks, sometimes months in advance. We stopped sales and canceled all flights to Turkey for June, with the exception of the two flights a week to Istanbul allowed by the headquarters – the operational headquarters for control and monitoring of the situation with coronavirus – so as not to inconvenience passengers due to possible cancellations,” Demin said.

“We, like other carriers, are awaiting the decision of the government headquarters,” he noted.

On Monday evening, the headquarters said that no decisions have been made to extend the restrictions until June 30.

Golikova further said Moscow was ready to provide all necessary assistance to Turkey in the battle against the pandemic, including through launching the production of the Russian Sputnik V vaccine in the country.

The Russian Direct Investment Fund (RDIF), which is responsible for marketing Sputnik V, said last month a Turkish firm would also produce the shot at its plants.