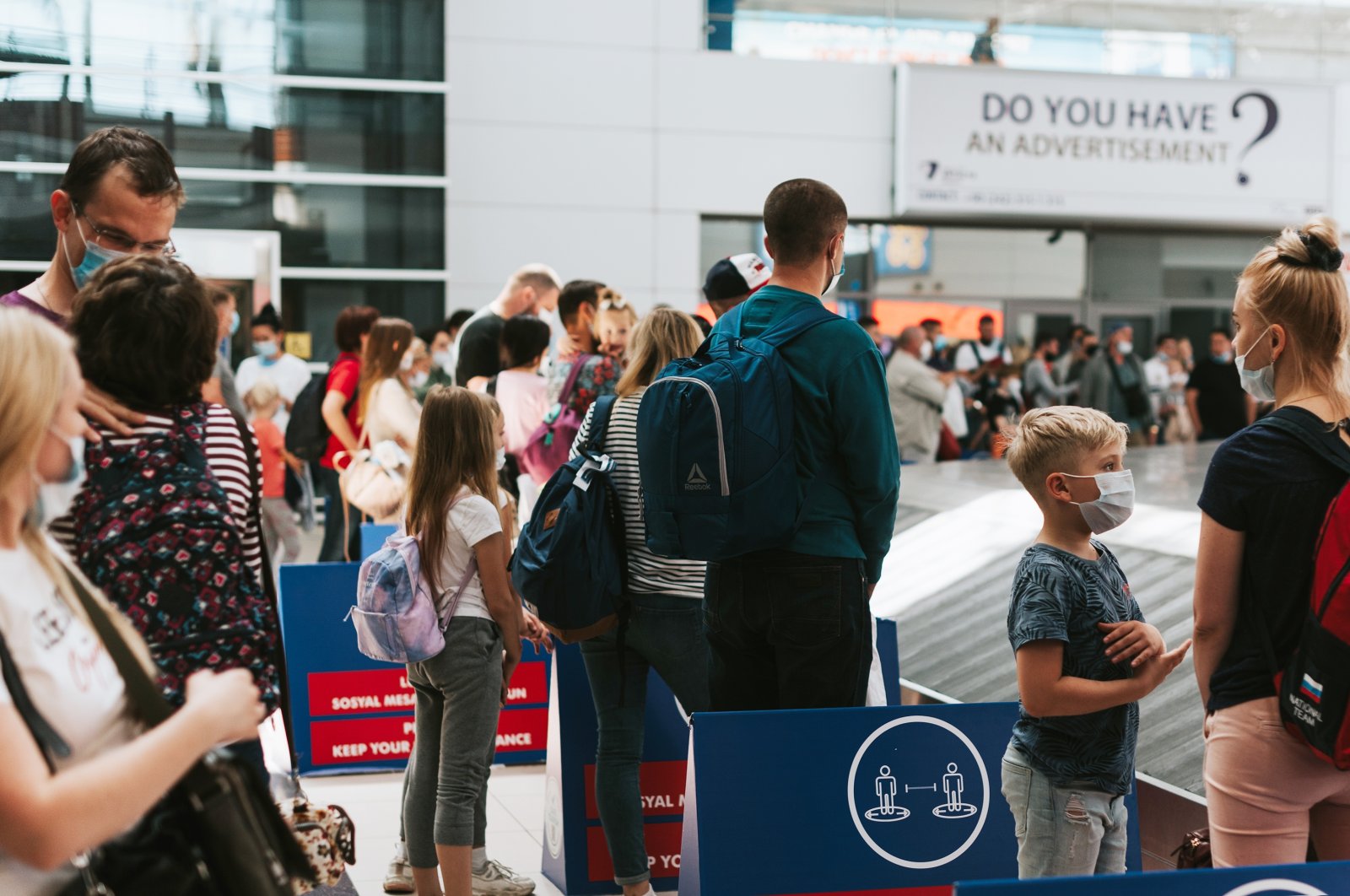 Turkey’s tourism sector is preparing for the upcoming season. As one of the most negatively affected sectors during the coronavirus pandemic, it is expecting to compensate for some of the losses with increased demand for the upcoming period.

In order to mobilize the market, officials from four major tour operators that bring a large number of tourists to Turkey recently held a meeting with Transportation Minister Adil Karaismailoğlu and Tourism Minister Mehmet Nuri Ersoy.

The meeting discussed the PCR tests that are compulsory for entering the country. According to tourism representatives, however, the test is an obstacle for the sector.

Senior executives of Anex Tour, Pegas Touristik and Coral Travel, operating in the Russian market as well as Ukraine and Belarus, and Corendon Airlines, Europe's leading Turkish tour operator, shared their road maps for the new period with the ministers during the meeting.

The PCR test rule was expected to expire at the end of March but could be extended up to May 26.

The representatives of the tour operators said these compulsory tests, which tourists had to receive at their countries of origin, almost double the vacationers’ holiday costs thus negatively affecting the plans.

They requested that the requirement be lifted on April 15, rather than May 26, thus opening the tourism season free of tests. The ministers approached the request positively, they said.

However, the final decision will be made by the Ministry of Health in line with recommendations from its Scientific Committee.

The operators aim to bring a total of 10 million tourists from Russia, the main tourism market for Turkey, along with Ukraine and Belarus over the course of this year.

Pegas Touristik’s coordinator for Russia, Ukraine and Belarus, Orhan Sancar, said they will increase the number of tours from those countries to 50 from 30.

Some 100 planes are planned to land per week in Antalya alone as of the beginning of June and until the end of September," Sancar said.

Stating that there are increased reservations from Russia, Ukraine and Belarus, Sancar said this is time for early bookings.

Corendon Chairperson Yıldıray Karaer, meanwhile, said they have canceled the April flights for Europe due to a lack of demand, while the demand is high for Turkey.

The pandemic, which slashed tourism revenues worldwide due to the travel restrictions and halting of international flights, caused a 76% loss in European arrivals to Turkey. Some 20 million vacationers arrived in Turkey in 2019 from European countries while this figure was reduced to 5.5 million.

According to the tourism professionals, there is still uncertainty toward the European market and while the European vacationers previously tended to make early bookings, now last-minute decisions stand out.