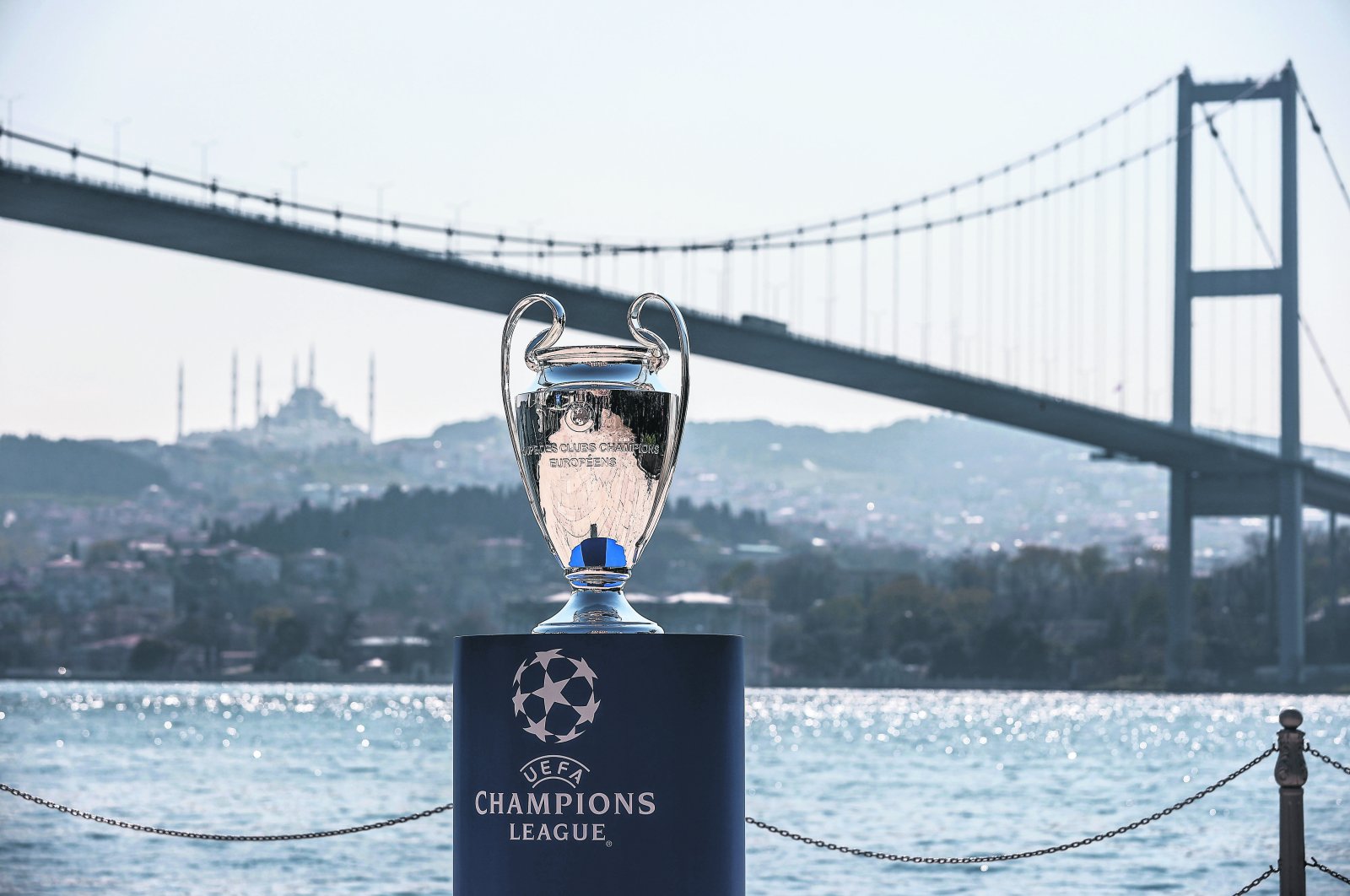 Turkey is in talks with European soccer’s governing body UEFA about the Champions League final, which is due to be played in Istanbul but was thrown into doubt after the United Kingdom government placed the country on its travel "red list," making it difficult for British fans to attend.

Turkey has countered the move by the U.K., which Friday said the English Football Association was in talks with the UEFA about staging the all-English final game in Britain instead.

It came after the U.K. added Turkey to its red list of countries where all but essential travel is banned due to severe COVID-19 outbreaks.

Chelsea and Manchester City are due to meet on May 29 in Istanbul, and the UEFA was hoping to allow around 10,000 fans into the biggest club game of the European football season.

The U.K.’s decision disappointed many that have already made their bookings.

The match brings great mobility to the city where it is being played and attracts tens of thousands of visitors.

Turkey has earlier said all required logistics and broadcasting infrastructure is already in place. This year’s game has been eagerly awaited, particularly by the country’s tourism industry, a critical sector of the economy, which has been hard hit by the pandemic.

The pandemic already prevented Istanbul from staging the 2020 Champions League final with the game moved to Lisbon to be played in an empty stadium.

Turkey’s Foreign Ministry, Youth and Sports Ministry, Culture and Tourism Ministry and the Turkish Football Federation (TFF) have started talks with the UEFA.

The country is even said to have made a demand for the match to be extended to August, according to the Sabah daily newspaper. The governing body will be announcing its decision within days.

Tourism industry representatives have stressed that the U.K.’s decision, made three weeks before the final match, caused great surprise and expressed their disappointment. They said they have started to receive booking cancellations.

“For Istanbul tourism, which has undergone a very difficult period due to the pandemic, this match is of great importance. Fans coming to the game had made serious bookings,” the Sabah newspaper cited unnamed representatives as saying.

“With this organization, our hotels would also prove how safe they are.”

The British government Friday warned supporters not to travel to Turkey.

People from England should visit only red-list countries “in the most extreme of circumstances,” British Transport Secretary Grant Shapps said. Anyone returning from them must stay in hotels for 10 days at their own expense, with meals delivered to their door.

Industry representatives stress that the cost of a 10-day hotel quarantine is too high.

“The British will not risk it. That is why we are getting cancellations. It has been very bad for the industry.”

Players would also be required to enter quarantine, unless exemptions were granted, which would impact their preparations for the European Championship, which opens June 11 and is being staged across 10 countries.

“We are very open to hosting the final, but it is ultimately a decision for the UEFA,” Shapps said. “The U.K. has already got a successful track record of football matches with spectators, so we are well placed to do it."

"We have just learned that Turkey has been put on the red list, and we need a bit of time to reflect on this," the UEFA told the Agence France-Presse (AFP) in an email.

Senior British Minister Michael Gove Sunday said delicate negotiations are going on between the British government, the UEFA and others about where the final should be played.

“There are delicate negotiations that are going on at the moment,” Gove said on Sky News when asked about where the final should take place.

“My friend, my colleague, the culture secretary Oliver Dowden (also the minister for sports) is talking to people about this at the moment, and so I don’t want to cut across that. But I’m sure that fans in the U.K. would dearly love to see the final played here in the U.K.”

Asked about the same issue in a separate interview on the BBC, Gove said Dowden was talking to the “UEFA and others.”

Turkey is in the second week of a three-week national lockdown, and government figures show the coronavirus cases are declining.

When Turkey announced plans for the lockdown, the UEFA insisted this "should not have any impact" on the final game, set to take place at the Atatürk Olympic Stadium with a "limited number of spectators."

The stadium hosted the famous 2005 Champions League final, which Liverpool won on penalties after drawing 3-3 with AC Milan.

Daily cases fell below 20,000 Saturday for the first time since March 17, with 18,052 infections over the last 24 hours, Health Ministry data showed.

The data showed another 281 deaths from the coronavirus Saturday, raising the total toll to 42,746. Total cases exceed 5 million, but there has been a fall in infections since the lockdown.

However, President Recep Tayyip Erdoğan said earlier Saturday that he hoped a “new normalization” period would begin after May 17.

“There is a dramatic fall in the numbers of deaths now. This shows the measures we took are paying off,” Erdoğan said.