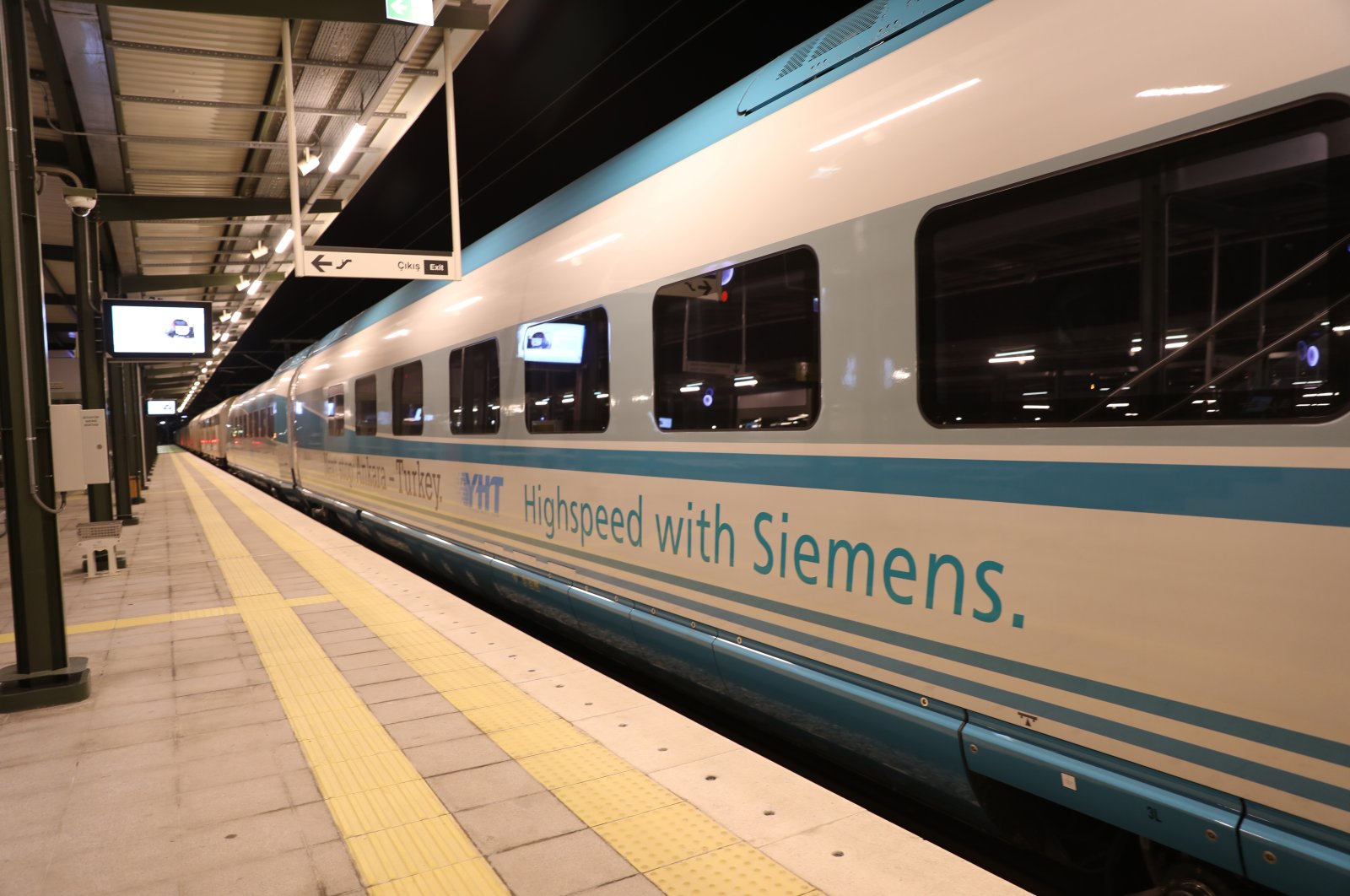 The high-speed train produced by Siemens for the TCDD waits on the tracks in the capital Ankara, Turkey, Feb. 18, 2021. (Courtesy of Transport and Infrastructure Ministry via AA)
by DAILY SABAH WITH AA Feb 18, 2021 3:27 pm
RECOMMENDED

The minister told Anadolu Agency (AA) that a total of 12 trains were produced in Germany under the contract signed with Siemens in 2018, with the first one delivered in November 2019.

He said they will be operated on the current 1,213 kilometers of high-speed train lines to meet the increasing demand fueled by the coronavirus pandemic, and on the new lines to be constructed and commissioned.

With the delivery of the last train, TCDD’s fleet for the high-speed trains reached 31, Karaismailoğlu said.

The minister emphasized that with the participation of five Turkish companies in the manufacturing process carried out in Germany, some parts of the train were produced domestically in Turkey.

Noting that in the pre-pandemic period, 23,000 passengers were served on the Ankara-Eskişehir, Ankara-Istanbul, Ankara-Konya and Konya-Eskişehir-Istanbul lines with 44 daily trips in the winter period and 48 daily trips in the summer period, Karaismailoğlu, said in order to maintain social distancing during the pandemic, some 20 high-speed train trips were made on weekdays and 12 on weekends.

The transport minister further informed that there are eight wagons in the new train, which can reach a speed of 300 kilometers per hour.

The train’s restaurant, where hot and cold meals and beverages will be offered to customers, has a capacity of 32 passengers. The high-speed trains have been designed to be "disabled-friendly," and the delivered train has two wheelchair docks, informational writing in the Braille alphabet for visually impaired passengers, and a ramp and lift for boarding.

Karaismailoğlu, meanwhile, stressed the goal to manufacture trains domestically continues at full speed as Turkey has come a long way in the railway industry in the last 18 years.

"We were a country dependent on purchases from abroad in the rail industry, even for the most basic needs," he said, but today “with our national and domestic railway industry, we are producing the materials and vehicles needed by the industry.”

“The first domestic electric train was manufactured,” the minister said and added that soon the high-speed trains will also be manufactured in the country.