2 dead whales wash up on Bangladesh shore in two days 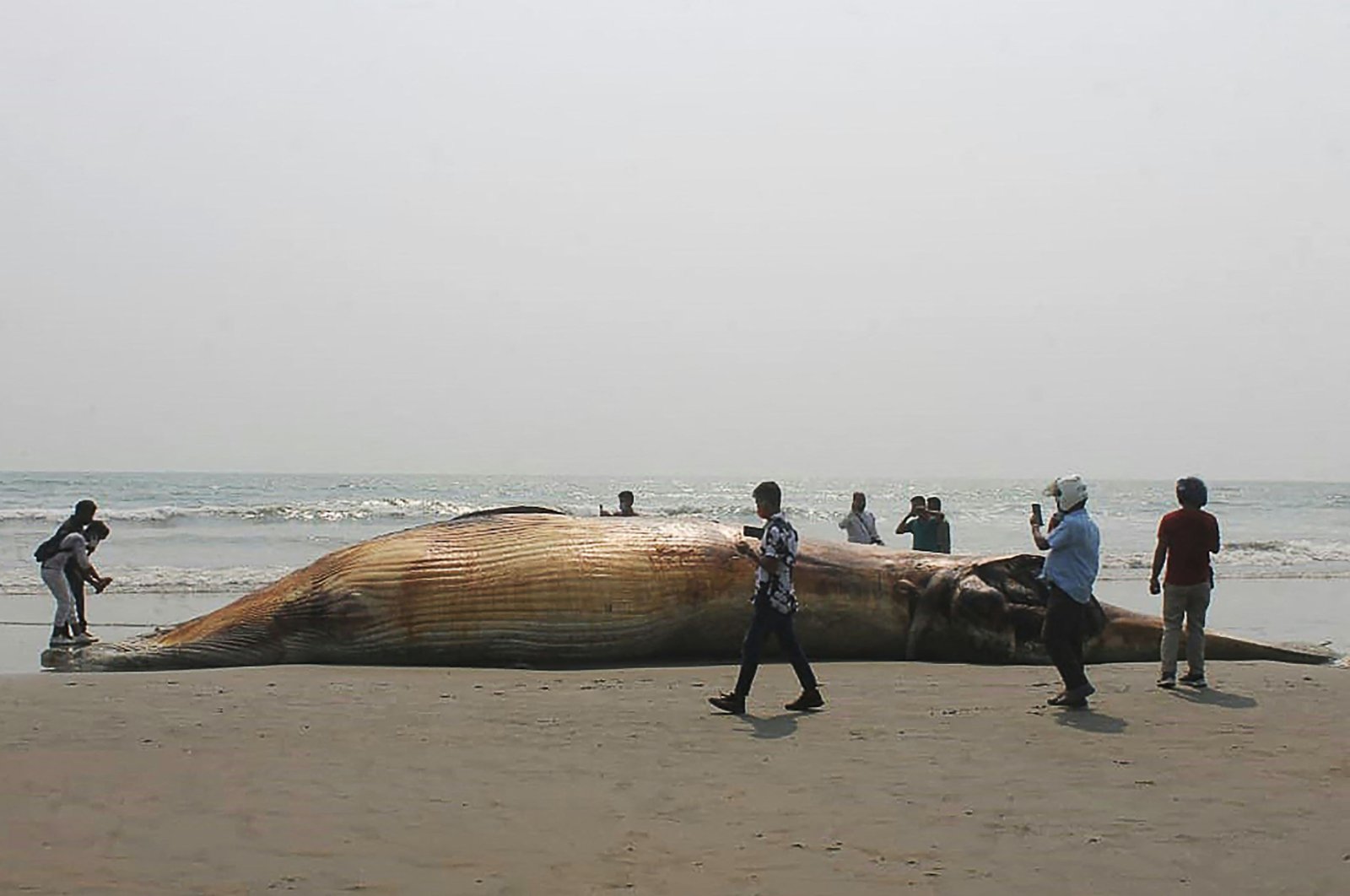 Two dead whales, one of which is 16-meters long, washed up on Bangladesh's shore over two days, officials said Saturday, raising suggestions that they were killed by sea pollution.

Officials said the second, much longer whale washed up on Himchhari Beach, outside the resort city of Cox's Bazar, at around 8:30 a.m. (2:30 a.m. GMT) Saturday, just a day after the carcass of another Bryde's whale was found 2 kilometers (1.25 miles) from the spot.

"The carcass of the whale found today is at least 50 feet (16 meters) long and 10 feet wide. It weighs 3 to 4 tonnes," Jahirul Islam, executive director of the Cox's Bazar-based Marine Life Alliance, told AFP.

Islam said the whales could have been killed in a collision with a ship plying the Bay of Bengal, or have died after eating plastics that litter the sea.

"Primarily we think the two have died from consuming plastic and polluted objects. There is an injury mark on the back of the second whale. We suspect it could have been hit by a high-speed vessel," Islam said.

Mohammad Shahidul Alam, a professor at the Institute of Marine Science and Fisheries, said parts of the Bay of Bengal are seriously polluted, and that could have led to the animals' demise.

A spokesman for Bangladesh's environment and forestry department said its researchers had collected samples from the carcasses for post mortem examinations.