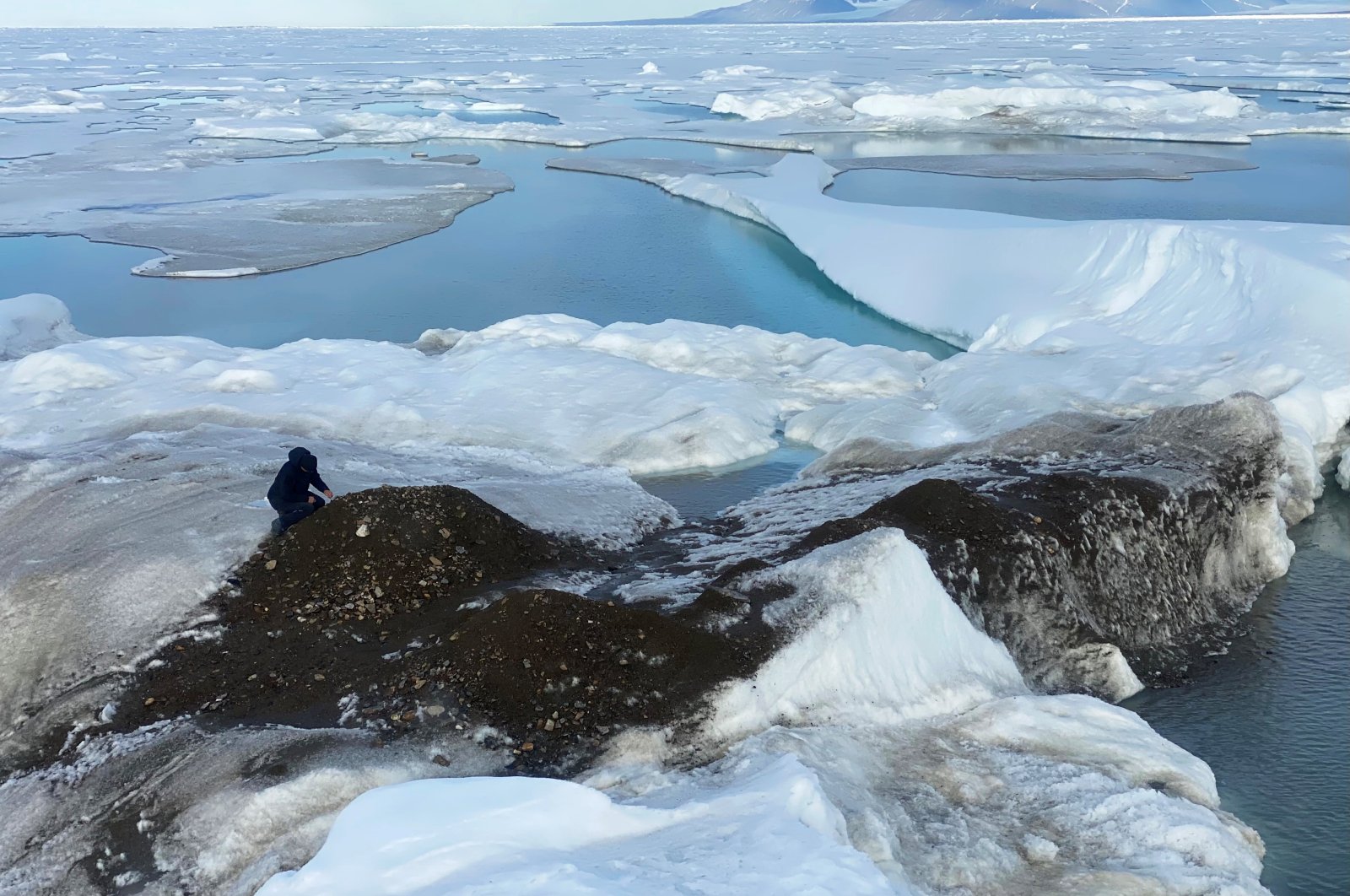 An undated handout image of Henrik Lassen, chief logistician for the Leister Expedition, which discovered a tiny island off the coast of Greenland which they say is the world's northernmost point of land, in the process of collecting samples for later scientific analysis. (Julian Charriere via REUTERS)
by French Press Agency - AFP Aug 28, 2021 1:44 pm
RECOMMENDED

Many of us just blindly rely upon GPS to get us to our destination, never even giving it a second thought. Assuming maps are up-to-date, it should get us to where we need to be. But if you happen to be adventuring out near the North Pole for instance, accuracy is diminished because of the position of satellites relied upon for the system to work. Thus, you may not end up where you thought you were.

This situation is what led scientists to "discover" what is believed to be the world's northernmost landmass – a yet-to-be-named island north of Greenland that could soon be swallowed up by seawaters.

Researchers came upon the landmass on an expedition in July, and initially thought they had reached Oodaaq, up until now the northernmost island on the planet.

"We were informed that there had been an error on my GPS which had led us to believe that we were standing on Oodaaq Island," said the head of the mission, Morten Rasch from Copenhagen University's department of geosciences and natural resource management.

"In reality, we had discovered a new island further north, a discovery that just slightly expands the kingdom" of Denmark, he added.

Copenhagen University said in a statement late Friday the "yet-to-be-named island is ... the northernmost point of Greenland and one of the most northerly points of land on Earth."

But it is only 30 to 60 meters above sea level, and Rasch said it could be a "short-lived islet."

"No one knows how long it will remain. In principle, it could disappear as soon as a powerful new storm hits."

The autonomous Danish territory of Greenland has grabbed headlines in recent years, most notably in 2019 when former U.S. President Donald Trump said he wanted to buy the Arctic territory.

The proposal, described as "absurd" by the Danish government, caused a diplomatic kerfuffle, but also signalled renewed American interest in the region.

It has also been hard hit by climate change as warmer temperatures have melted its glaciers, causing alarming sea level rise.