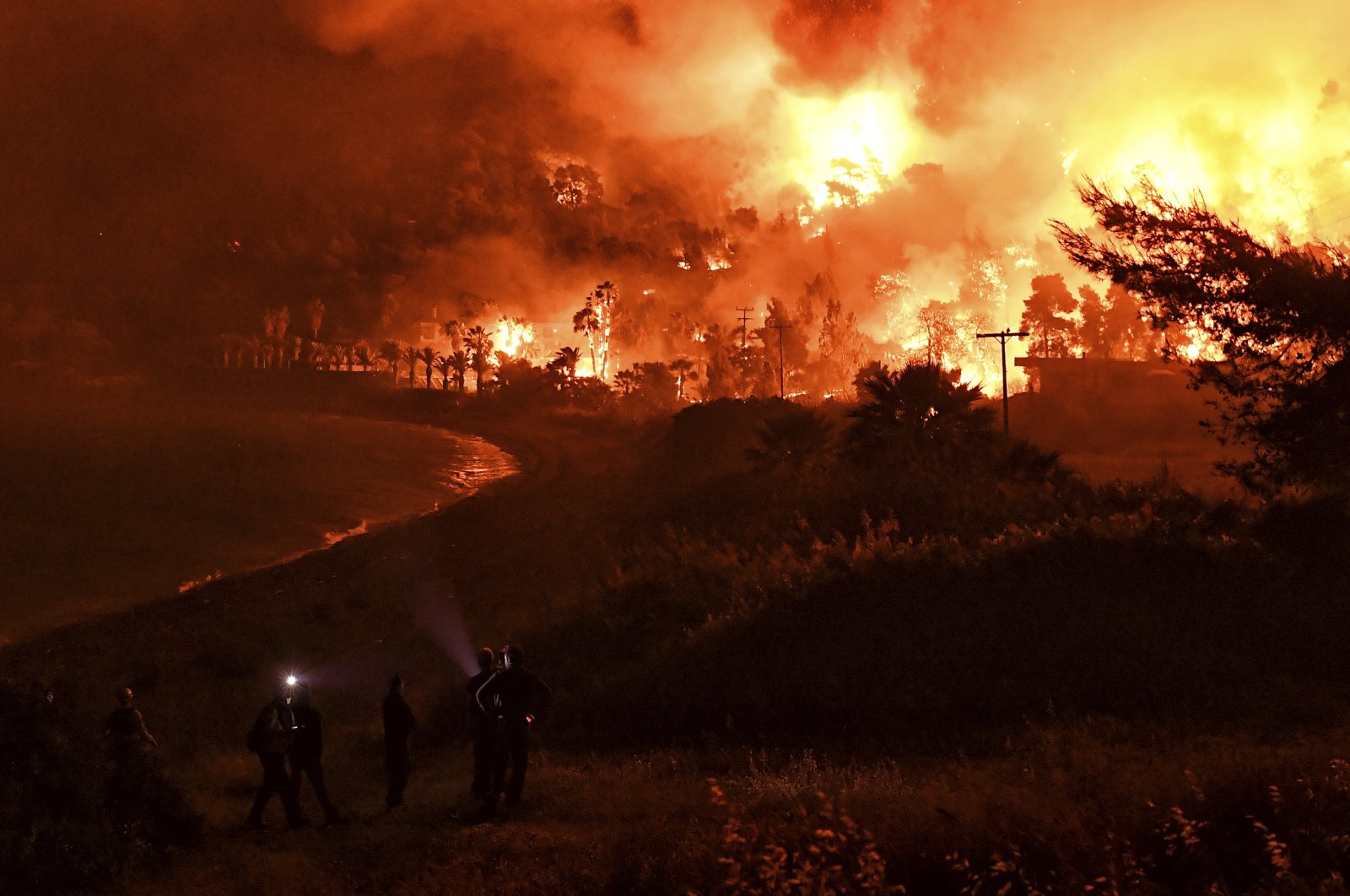 Over the past few years, hundreds of people have died in climate change-related natural disasters all over the world and experts say it will only keep getting worse if measures are not taken.

From summer of fire and record floods to freak frosts and locust invasions, experts say man-made climate change is wreaking havoc on the world's weather.

Here are some of the most devastating climate-fueled disasters from the past two years:

The summer blazes killed about 80 people in Algeria and Turkey, while Italy and Spain were also ravaged by uncontrollble fires.

Scientists say the Mediterranean rim is a climate change "hot spot" with the worse to come.

In late June, a hot air "heat dome" caused sustained, scorching temperatures across much of western Canada and the northwestern U.S.

On June 30, Residents in the British Columbia city of Lytton saw the thermometer rise to 49.6 degrees Celsius (121 degrees Fahrenheit), a national record. Days later, the town was largely destroyed by a wildfire.

Germany's worst flooding in living memory killed 165 people in July after heavy rainfall battered the country along with Switzerland, Luxembourg, the Netherlands, Austria and Belgium, where another 31 people died.

The WWA said a warming climate increased the likelihood of the extreme two-day rainfall behind the floods by about 20%.

For every degree that Earth warms, the atmosphere can hold about 7% more moisture, scientists say.

Drowning on the subway in China

July floods in China killed more than 300 people when the central city of Zhengzhou was deluged by a year's worth of rain in just three days, trapping people, even some of them in road tunnels and subway systems as waters rose.

In March 2021, torrential downpours lashed Australia's east, forcing thousands to flee the worst flooding in decades – only one year after the region suffered extreme drought and bushfires.

Days of relentless rainfall caused rivers in Australia's most populous state to their highest levels in three decades.

Scientists have warned Australia can expect more frequent and more extreme weather events as a result of climate change.

This Spring saw a late frost ravage French vineyards when plummeting temperatures wiped out nearly a third of the country's grape harvests, causing up to 2 billion euros ($2.3 billion) in damages.

The WWA's analysis said climate change made the historic cold snap – which devastated most of France's wine regions – about 70% more likely.

In late August, Hurricane Ida cut a swathe of death and destruction from Louisiana all the way across the northeastern U.S., leaving more than 100 dead and causing around $100 billion in damage.

Four of the six costliest hurricanes to hit the U.S., including Ida, have all occurred within the last five years, according to the U.S. National Oceanic and Atmospheric Administration.

Experts blame climate-induced extreme weather – including extreme rainfall – for hatching billions of locusts that swarmed East Africa in January of 2020, threatening the region with a food crisis.

Already prey to successive drought and deadly floods, dense clouds of the insects spread from Ethiopia and Somalia into Kenya.

Violent downpours in October 2019 displaced tens of thousands in Somalia, submerged whole towns in South Sudan and killed dozens in flash floods and landslides in Kenya, Ethiopia and Tanzania.

A powerful climate phenomenon in the Indian Ocean, stronger than any seen in years, unleashed destructive rains and flooding across East Africa.

The American west continues to plunge deeper into the most severe "mega-drought" to hit the region in at least 500 years.

Made worse by global warming, the dry spell could continue for decades, according to a study in the journal, Science.