In between tastes: New plates at Aralık 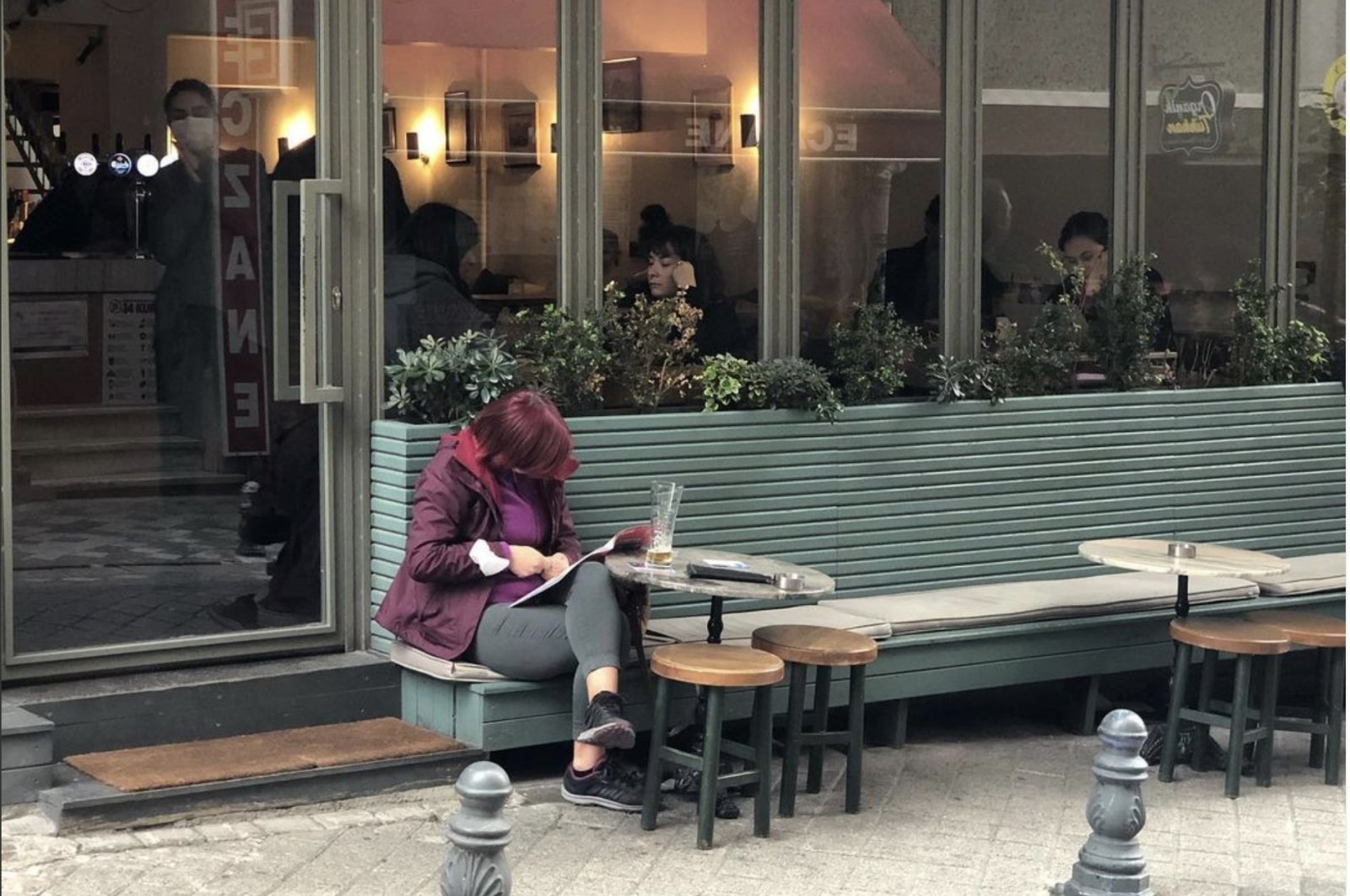 Refined and yet neighborly, the stylish mood of Kadıköy’s Aralık offers a variety of healthy, delectable surprises from their world-class kitchen, where young chefs speak to the palate of their worldly locals

Its name has at least two meanings, a space, or interval, and the month of December. Either way, there is a clever air about the place, architecturally imaginative and held to an aesthetic splendor that is as welcoming as it is given to a sense of exclusivity. The balance is just right, with its material and metaphysical ingredients in order, and prepared with the finesse of innovative cooks out not only to please but to change the way people experience eating.

And while serving more down-home varieties, such as toasted sandwiches with delightful medleys of mushroom and pepper, it is easy to catch a dish of utter distinction, something way out of the norm, and by virtue of its uniqueness, wholly inviting. Located in Istanbul's Kadıköy district Aralık takes a different kind of spin on the traditional Turkish appetizer called mücver, which is essentially a savory zucchini pancake.

With pumpkin, and doused with creams and cheeses, the mücver is not only shaped in a spherical order, something dissimilar from that of the usual fare, as it is widely disseminated across the country, but it is rich with tastes that stir a reminiscence with a broader palate, perhaps akin to the pakora of Indian cuisine. It is cause for celebration enough when its globes of crunchy wonder come out, presented on cracked ceramic plates.

There is a simplicity and imperfection at work behind the cooking at Aralık that conveys its special spectrums of taste, making for a harmonious blend of cultural sophistication and rustic naturalism. Amid the electronic green plants, broad-leaved and otherworldly, the stairway to its second floor, the lofty stretch of counters and slim outdoor bench seating make for a kind of ecological futurism like that of a Terry Gilliam film.

To plant in the sun

Aralık dreams an earthy respect out of its vegetables, and provides for carnivores and vegans alike, drawing flashy crowds whose youth is wasted on the alluring, and genius idea of affordable fine dining. It would seem that, oftentimes, creativity, or the lavishing of skill and experimentation, is a function of discipline, or limitation. That is why vegan food can open panoramic windows of opportunity to command what grows of the planet and its flavors.

Their dish of warm carrot under a curling blanket of green, leafy chard is immersed in a delicious swamp of hummus. The look, at first, is questionable, as the organic root vegetable protrudes from under its oily, verdurous covering. But then, after a first bite, it becomes clear that the Aralık chefs have concocted a masterpiece of counterintuitive edibility. They have transformed the modest, everyday carrot into a gourmet sausage.

There are things better left to the imagination, not totally unsaid, but less elaborated than might be possible, so as to effect a certain curiosity. That is the case with the carrot dish at Aralık, an absolute feast of culinary insight. It is more nuanced than vegan products that are made to taste exactly like the meat they are supposed to stand for. Their carrots are going elsewhere in the universe of good cooking.

And returning to the ordinary with another turn of incomparable artistry, Aralık pays close attention to the bounteous alimentary gifts of Turkey’s many regions, which bloom and blossom with fresh foods aplenty that are the envy of the world. For one, their risotto is suffused with the famous lemons of Çeşme. It is a light touch and has a most pleasant aftertaste effect throughout the mouth.

Napoli in Karaköy: Out at Paps Italian

After a long day

While Aralık is as fine a spot for breakfast as it is for dinner, the late afternoon and evening hours are especially magical on its bustling street, where choruses of joy ring out from the bellies and tongues of its lively and fun-loving patronage. And within a diverse part of Moda’s popular central quarter, there’s handmade pasta across the street at Semolina or a perfectionist Italian next door at Aida’s.

Aralık, though, feels most akin to the people who live in Kadıköy, who know its ins and outs like the back of their hands. Its changing, seasonal menu is reason enough to break out as the sun’s going down and the workday fades, as it will revive anyone up for a tasteful surprise. Even when crowded, the interior of its sleekly designed building still retains the exclusive spirit of their uncanny dishes, fashionable and intimate at the same time.