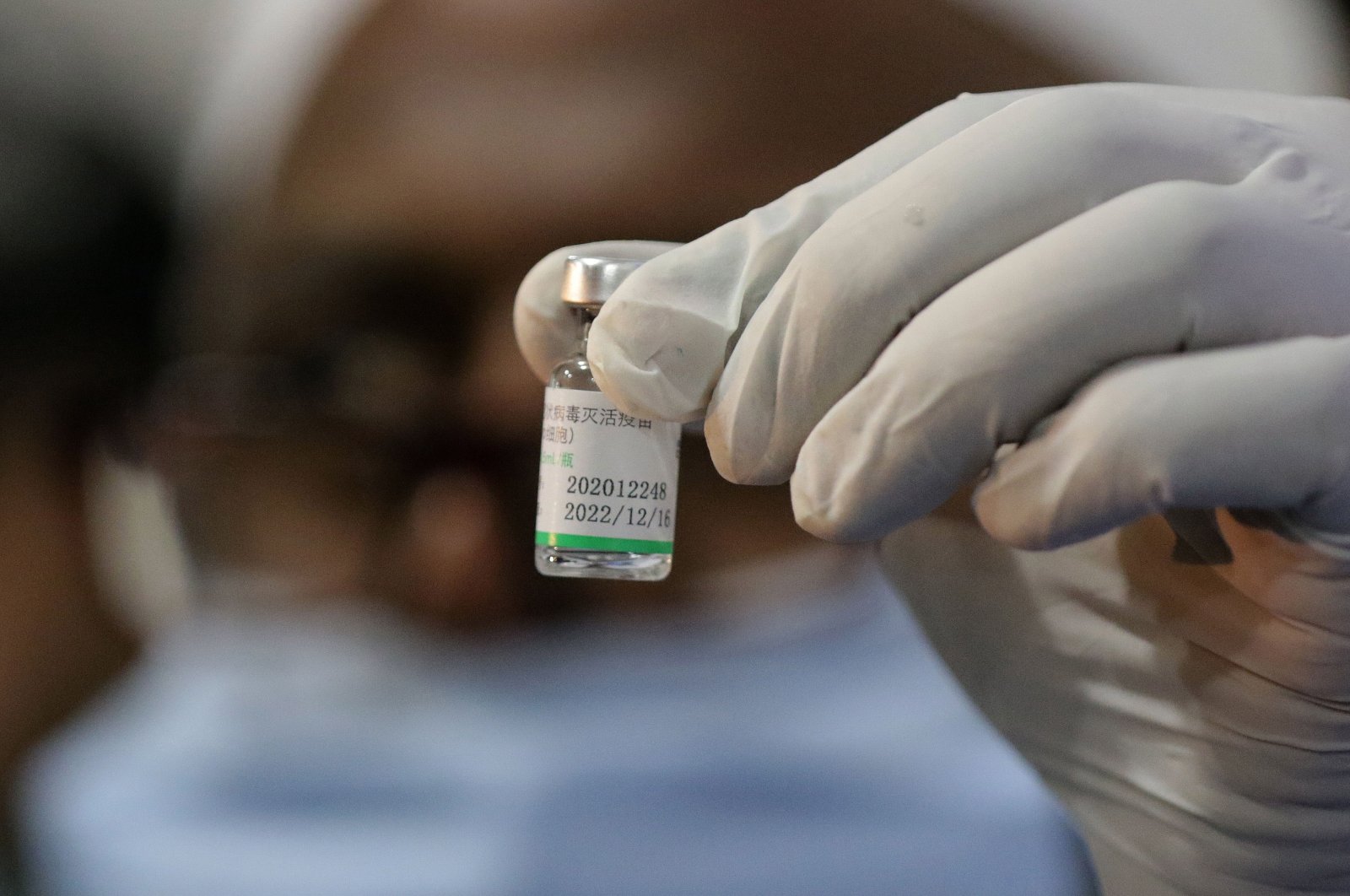 A health worker shows dosages of COVID-19 vaccine at a Hospital, as part of the national vaccination campaign, in Lahore, Pakistan, Feb. 3 2021. (EPA Photo)
by Daily Sabah with Reuters Feb 04, 2021 1:25 pm
RECOMMENDED

Two COVID-19 vaccines developed by Chinese companies have managed to trigger immunity against B1351, the South African variant of the coronavirus, which scientists feared could possibly evade mRNA vaccines through its mutations.

Variants of the coronavirus have raised concerns around the world on whether they might weaken the effects of vaccines and treatments which were developed prior to their emergence. However, 12 serum samples, each taken from recipients of two vaccines developed using the inactivated vaccine technique by a subsidiary of the China National Pharmaceutical Group (Sinopharm) and a unit of Chongqing Zhifei Biological Products, showed that the vaccines retained neutralizing activity against the South African variant.

The study was conducted by researchers from the Institute of Microbiology of Chinese Academy of Sciences of Sinopharm-affiliated Beijing Institute of Biological Products, which is co-developing a candidate vaccine with the Zhifei unit, and two other Chinese agencies.

However, the vaccines' effect on B1351 appeared to be somewhat weaker than against the original virus and another variant currently spreading globally, results from the small-sample lab study showed. The findings were released ahead of peer review on BioRxiv on Feb. 2.

The activity reduction "should be taken into account for its impact for the clinical efficacy of these vaccines," the study said.

The Sinopharm vaccine has already been approved in China for general public use. The Zhifei shot, on the other hand, is still in late-stage clinical trials in China and overseas. Meanwhile, Turkey has purchased 50 million doses of a coronavirus vaccine from another Chinese firm, Sinovac. It has also commenced its nationwide vaccination program after receiving 6.5 million doses from Sinovac.

Preliminary clinical trial data on vaccines from Novavax Inc. and Johnson & Johnson have also shown they were significantly less effective at preventing COVID-19 in trial participants in South Africa, where the potent new variant is widespread. The efficacy of other vaccines against the South African variant is still being researched while the B.1.1.7 variant, which was discovered in the U.K., continues to spread across the world and, along with other variants, cast doubt on vaccination efforts.