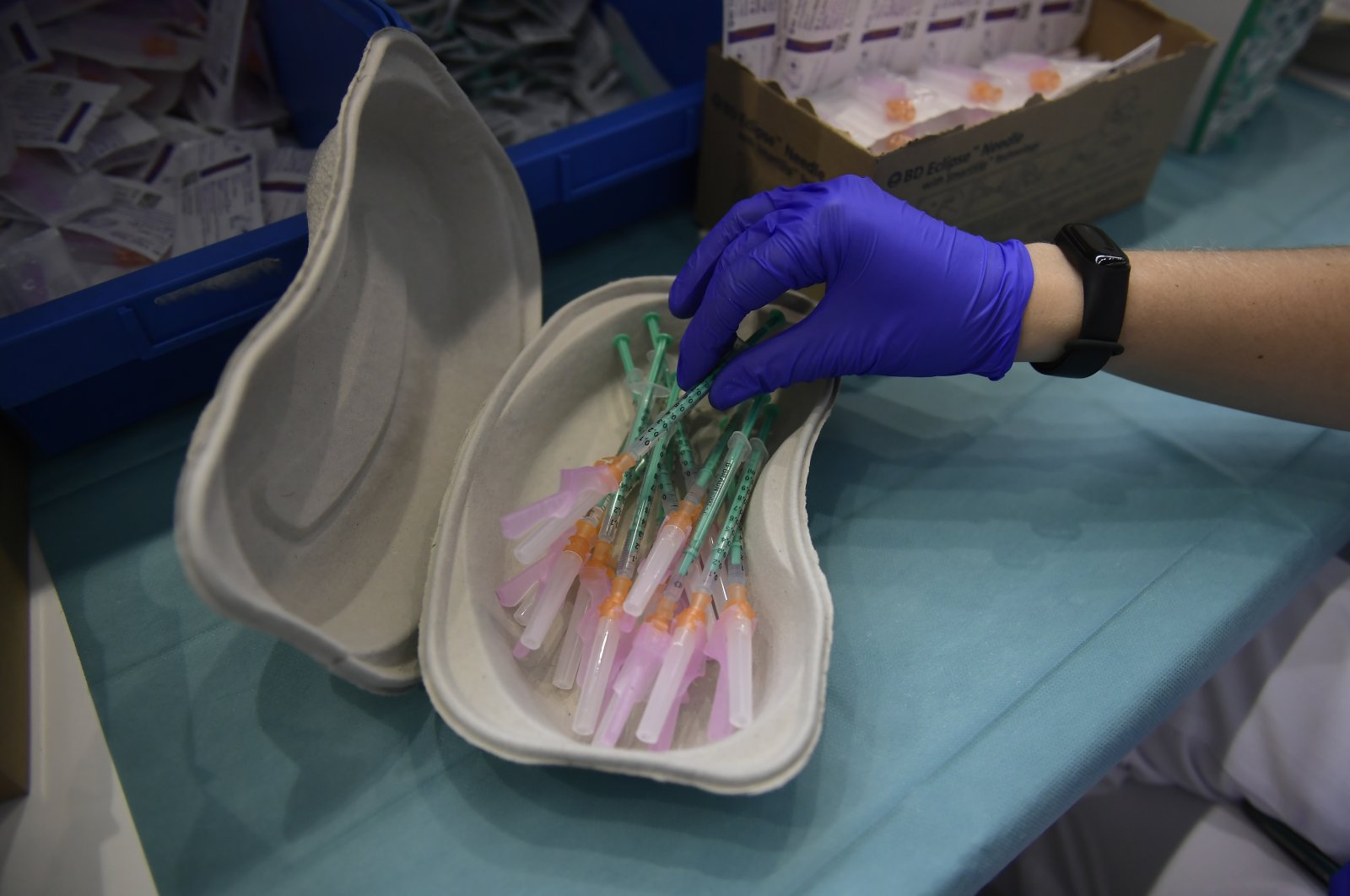 The European Union's drug regulator said Monday it was evaluating data on a booster dose for the COVID-19 vaccine made by Pfizer-BioNTech.

In a statement Monday, the European Medicines Agency (EMA) said it is considering whether a third dose of the vaccine should be given six months after people 16 and older have received two doses in order “to restore protection after it has waned.”

EMA’s experts are carrying out an “accelerated assessment” of data submitted by Pfizer and BioNTech, including results from an ongoing trial in which about 300 healthy adults received a booster shot about six months after their second dose.

Pfizer has already submitted an application to the U.S. Food and Drug Administration for authorization of a third dose. The U.S. government said last month that boosters would likely be available in late September. Israel and Turkey have already started administering booster doses, and the plan is under consideration in other countries for vulnerable populations, including France and Germany.

The World Health Organization has pleaded with rich countries not to use booster doses until at least the end of September, saying there is no scientific data that proves the shots are necessary. It says COVID-19 vaccines would be put to better use in developing countries, which have received fewer than 2% of the more than 5 billion doses administered.

Several studies have shown that protection from authorized COVID-19 vaccines against the highly infectious delta variant drops months after people have been immunized, but the shots still offer strong protection against severe disease, hospitalization and death.

The Amsterdam-based EMA said it expects to make a decision about whether or not to recommend a third dose of the Pfizer vaccine in the next few weeks.

It said it was also reviewing the use of a third dose of the COVID-19 vaccines made by Pfizer-BioNTech and Moderna in people with weak immune systems. It said those people might need an extra dose “as part of their primary vaccination" programs.