WHO 'concerned' about COVID-19 vaccine effectiveness on variants 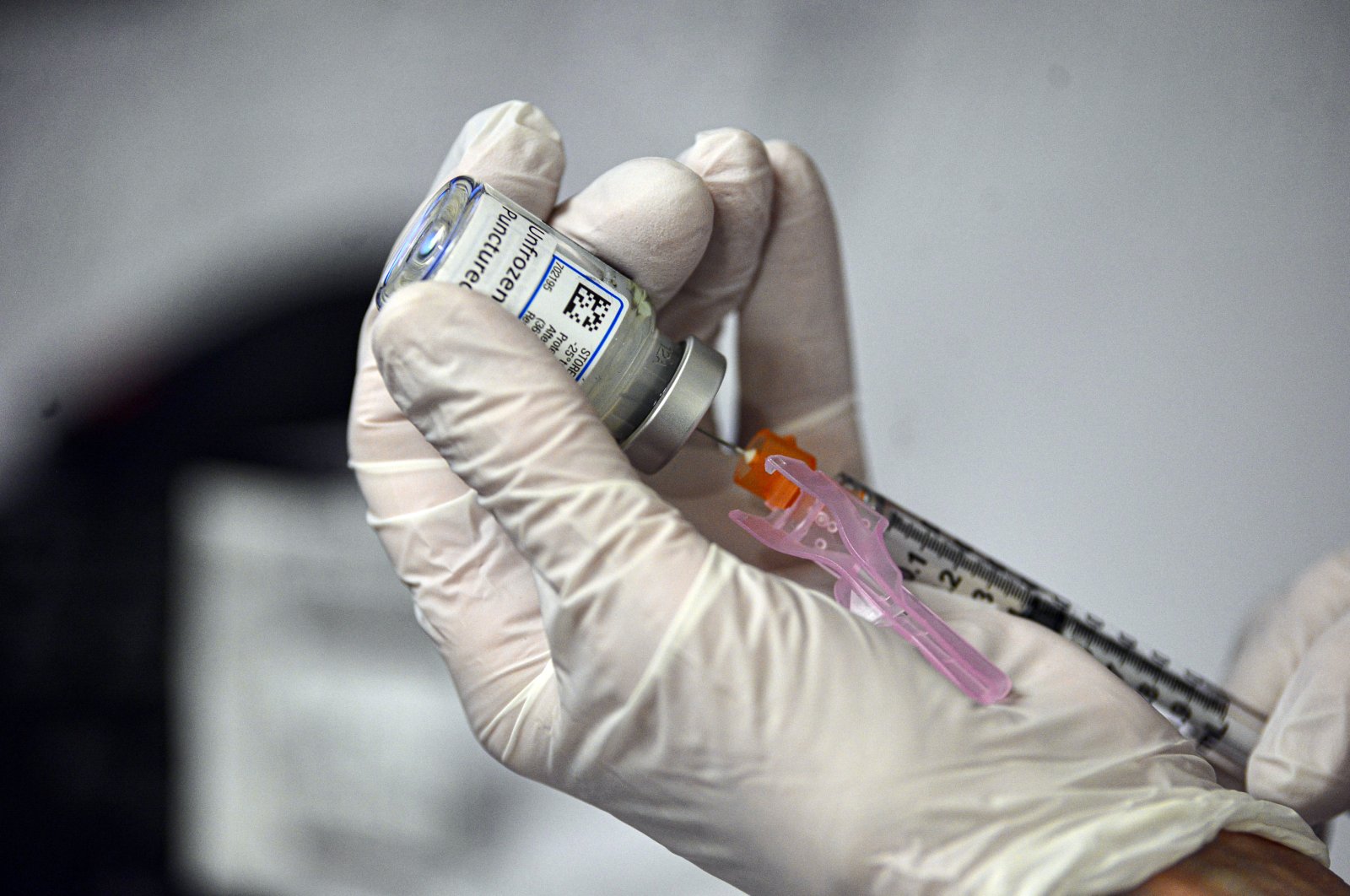 A nurse at Brattleboro Memorial Hospital draws the Moderna COVID-19 vaccine into a syringe in Brattleboro, Vermont, U.S., Feb. 3, 2021. (The Brattleboro Reformer via AP)
by Daily Sabah with AFP Feb 05, 2021 10:44 am
RECOMMENDED

The head of the European branch of the World Health Organization (WHO) joined parties worried about mutations of the coronavirus, expressing concern about the effectiveness of current vaccines on its variants on Friday.

Asked whether the vaccines available since December would be effective against new virus variants, WHO Europe director Hans Kluge replied: "That's the big question. I'm concerned."

"We have to be prepared" for new problematic mutations of the virus, he warned, calling on countries to expand their genomic sequencing capacity.

"It's a cruel reminder that the virus still has the upper hand on the human being," Kluge said.

Two Chinese vaccines have shown to be effective against the South African variants so far, though to a much weaker extent. A lab study also showed that the Pfizer-BioNTech vaccine was working against the new variants, yet the constant mutations have planted seeds of doubt in the scientific community.

Speaking to the Agence France-Presse (AFP) in an interview, Kluge said Europe and pharma groups must work together to speed up COVID-19 vaccinations. Europe has made a slow start to its vaccination campaign amid tensions between Brussels and vaccine manufacturers.

While the fight against the pandemic now appears more challenging than in December when the first vaccines became available, Kluge remained optimistic.

"I'll be honest, I think that the tunnel is a little bit longer than what I thought at the end of December, but it's going to be manageable, more preventable this year," he said.

"'The' solution or 'the' strategy doesn't exist. We have to get better at what we do and we are getting better," he said.

He reiterated the WHO's call for rich countries to show solidarity toward poor nations unable to buy vaccines, urging wealthy ones to share their doses after having inoculated a portion of their own population.

"Maybe if EU countries vaccinate 20% of their population – and you need 70% for herd immunity – but we could say for example that if they hit 20% – (that) would mean elderly people, health care workers, people with comorbidity – if they hit 20% maybe that's the moment that they can already start to share some vaccines," he suggested.

The milestone of 100 million vaccine doses administered was passed Tuesday, with 65% of the jabs given in high-income countries, according to World Bank criteria.

In a bid to combat "vaccine nationalism," the WHO has set up COVAX, a global inoculation-sharing initiative to help poor countries.

"We know that in the EU, Canada, U.K., U.S., they all ordered and made deals for four to nine times more doses than they need. So my point here is, don't wait until you have 70% of the population (vaccinated) to share with the Balkans, to share with central Asia, Africa," Kluge said.

While the WHO is in favor of countries issuing vaccination certificates, Kluge was opposed to the idea of "vaccination passports" required for travel.

"We certainly don't want to have a situation where there are so-called vaccine passports, that's something that we are definitely not subscribing to because it will increase inequities," he said.