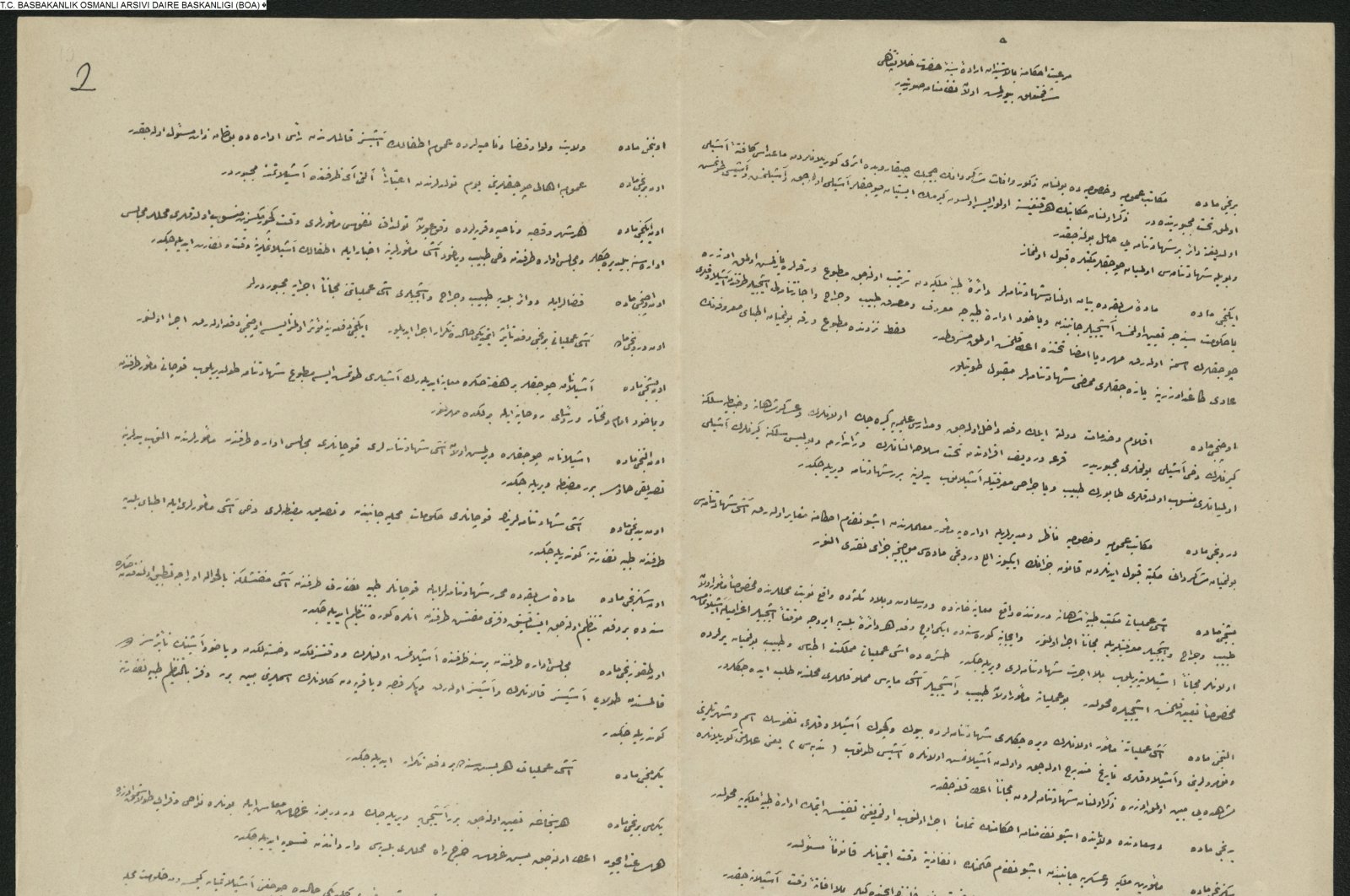 Priceless trove of gold jewelry from Nefertiti-era found in Cyprus

The global coronavirus pandemic has led to an unprecedented situation worldwide, with people locked inside their homes for most of the year, new norms of wearing protective masks and social distancing, and a heated race for a vaccine. However, it is not the first time that humanity has had to deal with a disease ravaging the globe, and there are some striking parallels between current policies for the coronavirus and those adopted during the Ottoman era.

Uğur Ünal, head of the Presidential State Archives, has evaluated historical documents that have shed light on the fight against epidemics and studies on life-saving vaccines during the Ottoman period. The documents indicate that people faced epidemics similar to the one we're currently living through, and explains how they implemented vaccination practices accordingly.

Ottoman scientists followed studies on vaccines in foreign countries, and established “telkihhanes,” or vaccine houses, and bacteriology homes for research. Ünal noted that the most significant precaution against epidemics and pandemics in history was intended to eliminate factors causing disease, and people had to adapt to new normals as is the case today.

“They always attempted to overcome the threat of an epidemic through precautions. This strategy shows great similarities with today’s practices,” Ünal said. “When the regulations issued in the Ottoman Empire regarding smallpox are examined, we can see that every infant was vaccinated within the first six months after birth, and later, it was obligatory to receive the vaccine at regular intervals. Additionally, the vaccine was free of charge.”

Ünal explained that domestic studies were carried out in the Ottoman Empire for the procurement and production of vaccines and that studies in other countries were closely observed. Vaccine houses were established as part of the mass inoculation efforts with foreign doctors and specialists.

If a certain food was thought to cause an epidemic, the sale of that food item was temporarily banned as a precaution, and like the restrictions for COVID-19, schools were closed to slow down and contain the spread of outbreaks.

Ünal pointed out other similarities between how the Ottoman Empire and the modern world handled an epidemic.

The historical documents Ünal examined showed that in the case of an epidemic in a settlement, doctors, health care workers, medical supplies and vaccines were urgently sent to the area and regulations were swiftly put in place to ensure the widespread implementation of vaccination practices. These policies and the Turkish culture which cares a lot about cleanliness, made the Ottoman Empire, and similarly modern day Turkey, one of the safer places to weather an epidemic.

The first vaccination studies emerged to combat smallpox and a vaccine regulation was issued in 1885 to prevent the disease. This regulation was expanded with additions in 1894 and 1915. These regulations made it obligatory for children without symptoms to get the smallpox vaccine in schools. In other words, a child needed to be vaccinated in order to go to any school in the empire.

The regulations read: “All civil servants, to start their service for the first time, must also be vaccinated. Newborn children must be vaccinated within the first six months. The vaccination process will be repeated every five years.”

Another regulation in 1915 ensured the establishment of vaccination centers by municipalities in cities and towns, and the vaccination of the population free of charge, stipulating that everyone should be vaccinated at least three times before the age of 20.

Documents also showed that studies and travels were conducted by scientists to learn about the production of vaccines discovered in other countries. Vaccines for rabies and tuberculosis, discovered by Louis Pasteur and Robert Koch, respectively, were given great attention in the Ottoman Empire at the time.

Pasteur had sent letters to the heads of states, asking for financial aid for his research into the rabies vaccine. The Ottoman Empire contributed greatly to Pasteur's research and vaccination efforts monetarily, and later Sultan Abdülhamid II (1842-1918) even awarded Pasteur with the Order of Medjidie, a military and civil order instituted by Sultan Abdulmejid I (1823-1861).

Priceless trove of gold jewelry from Nefertiti-era found in Cyprus