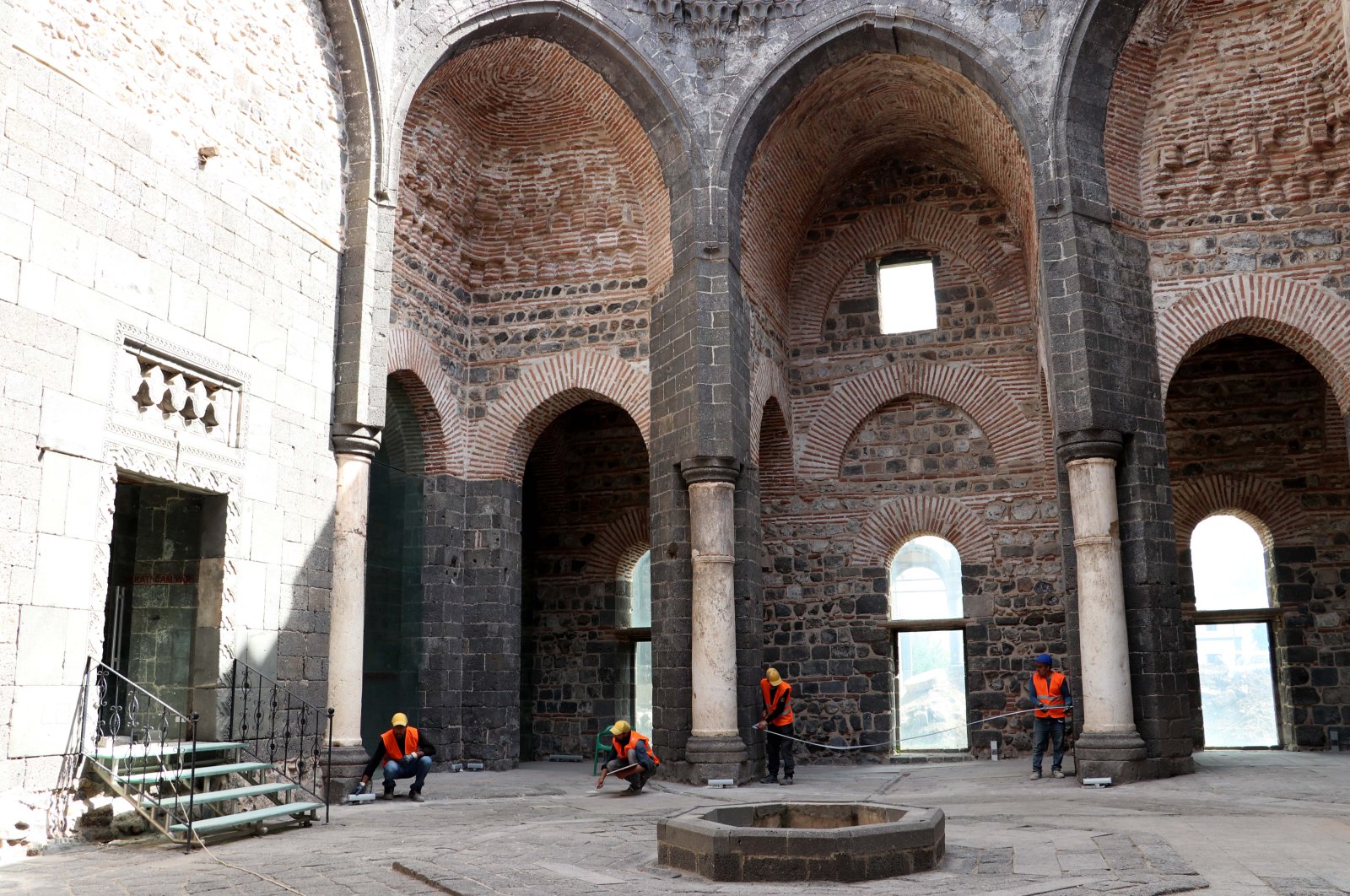 A 1,800-year-old Roman-era church in southeastern Turkey’s Diyarbakır province will continue to host visitors in its all glory after a comprehensive restoration.

The ancient Saint George Church has served as an art gallery to local and foreign visitors alike after being first restored in 2008. Due to the need for additional maintenance, new restoration work was initiated by the Diyarbakır Metropolitan Municipality, of which 90% has now been completed.

The church is a cultural asset dating all the way back to the Roman era, said Mehmet Karaaslan, the head of the municipality’s Zoning and Urban Planning Department. He told Anadolu Agency (AA) that it is one of the most important historic buildings in the Içkale region, which is the oldest settlement of Diyarbakır.

“We cleaned the grass off the roof of the church and stopped the water leaks. We repaired the floor and the electrical system,” Karaaslan said, adding that lighting for the facade was also installed.

“We plan to carry out all restoration in the city during our tenure and pass these historical treasures down to future generations,” he continued, emphasizing the municipality's hope to make Diyarbakır a tourist hub.

As Diyarbakır has set its sights on becoming the regional champion of tourism, appealing to both domestic and international tourists through its history and culture, many other historical places have also been restored in the city. As well as Saint George Church, the Surp Giragos and Mar Petyun Chaldean churches, which are significant places of worship in the historic Sur district, have also undergone renovations. The Surp Giragos and Mar Petyun Chaldean churches, which were significantly damaged four years ago in attacks by PKK terrorists, were renovated by the Ministry of Environment and Urban Planning. Restoration works also began last year on the city's famous ancient walls, which have been on UNESCO's World Heritage List since 2015 and make up one of the longest continuous city walls in the world. The municipality aims to ensure minimal interference to the original structure of the walls.