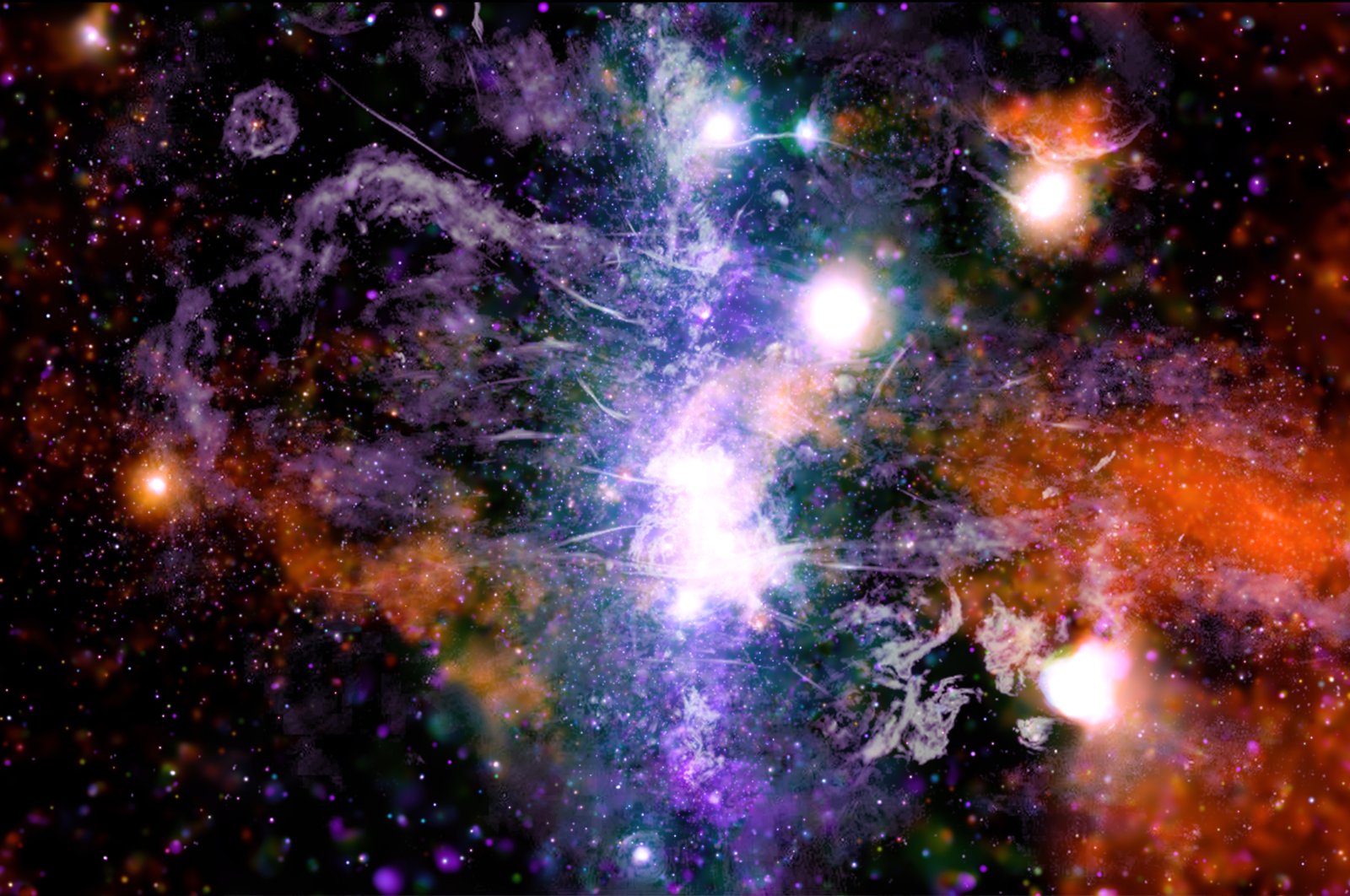 A false-color X-ray and radio frequency composite image shows threads of superheated gas and magnetic fields at the center of the Milky Way galaxy, May 28, 2021. (NASA via EPA)
by Associated Press
May 31, 2021 3:41 pm

Space photography has been creating quite a buzz in recent years thanks to the hard work of scientists and the technological breakthroughs that have enabled them to capture never-before-seen images of the great beyond. From awe-inspiring pictures of black holes to stars, NASA has now upped its game by releasing a stunning new picture of our galaxy's violent, super-energized "downtown."

It's a composite of 370 observations over the past two decades by the orbiting Chandra X-ray Observatory, depicting billions of stars and countless black holes in the heart of the Milky Way. A radio telescope in South Africa also contributed to the image, for contrast.

Astronomer Daniel Wang of the University of Massachusetts Amherst said Friday he spent a year working on this while stuck at home during the pandemic.

"What we see in the picture is a violent or energetic ecosystem in our galaxy's downtown," Wang said in an email. "There are a lot of supernova remnants, black holes, and neutron stars there. Each X-ray dot or feature represents an energetic source, most of which are in the center."

This busy, high-energy galactic center is 26,000 light-years away.

Wang's work appears in the June issue of the Monthly Notices of the Royal Astronomical Society, a peer-reviewed scientific journal covering research in astronomy and astrophysics that has been in continuous circulation since 1827.

Launched in 1999, Chandra is in an extreme oval orbit that takes 64 hours to go around Earth. It is sensitive to X-ray sources 100 times fainter than most other X-ray telescopes, enabled by the high angular resolution of its mirrors.

Since the Earth's atmosphere absorbs the vast majority of X-rays, they are not detectable from Earth-based telescopes. Therefore space-based telescopes are required to make these observations.

The telescope is named after the Nobel Prize-winning Indian-American astrophysicist Subrahmanyan Chandrasekhar.