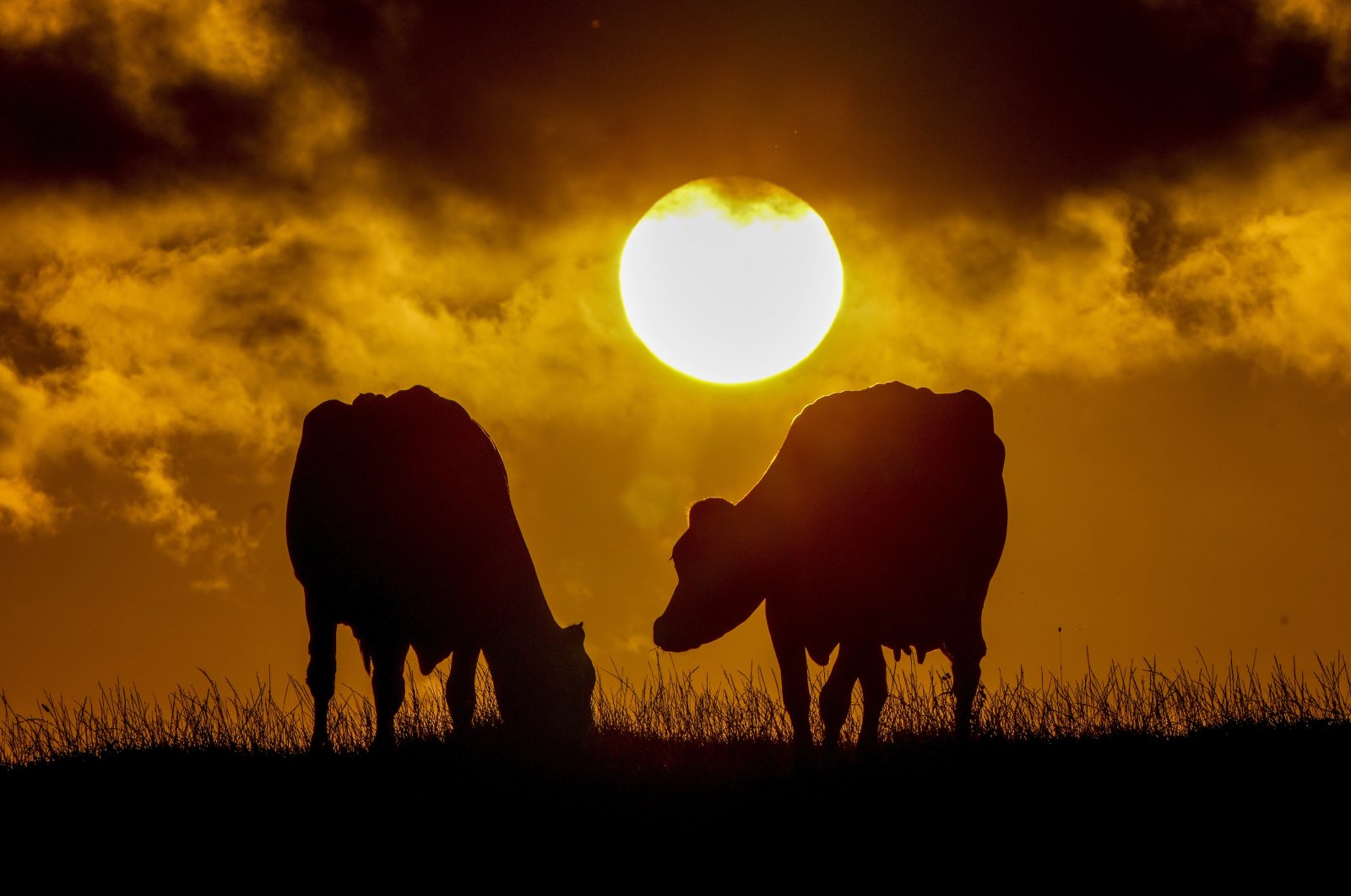 It is not only humans that can be “potty trained”: It turns out that cows can be trained in the dark arts just as easily as human toddlers, maybe even easier. That theory was confirmed as New Zealand and German researchers successfully toilet-trained cows to urinate in a special pen when they had to go, hoping that this could help reduce greenhouse gas emissions.

The team of New Zealand and German researchers admitted the idea began as a joke but said that dealing with cows' nitrogen-rich liquid waste could have genuine long-term climate benefits.

"If we could collect 10 or 20 percent of urinations, it would be sufficient to reduce greenhouse gas emission and nitrate leaching significantly," Auckland University's Douglas Elliffe said.

Elliffe said the nitrogen in cow pee broke down into two problem substances over time – nitrous oxide, a potent greenhouse gas, and nitrate, which collects in soil then leaches into rivers and streams.

Nitrous oxide accounts for about 5% of global greenhouse gas emissions and just under 10% of New Zealand's total, according to official data, with more than half linked to livestock.

Researcher Lindsay Matthews said that the idea of toilet training cows so their urine could be captured and treated first occurred to him when a radio host was interviewing him in 2007 and made a throwaway joke on the matter.

"People's reaction is 'crazy scientists,' but actually the building blocks are there," he said.

Working with colleagues in Germany, the scientists used food rewards to train 16 calves to urinate in a latrine pen, saying the results were similar to those you would expect from a 3-year-old child.

Elliffe said the research, published this week in the journal Current Biology, provided "proof of concept" that toilet training cows was possible.

He said the challenge was to upscale the concept to train large herds and to adapt it for cows in environments such as New Zealand, where the animals live outdoors rather than spending most of their time in barns.

Farming creates about half of New Zealand's greenhouse emissions, mostly in the form of methane and nitrous oxide.

Unusually for a developed nation, New Zealand's farm-reliant economy means methane accounts for about 43.5% of the country's emissions, almost equal to the amount of carbon dioxide generated by sources such as fossil fuels.

The country has numerous research projects examining possible solutions, such as breeding low-methane emitting livestock, using feeds that reduce emissions and even vaccinating animals so they produce less harmful gases.