History of climate science: From simple thought experiment to crises 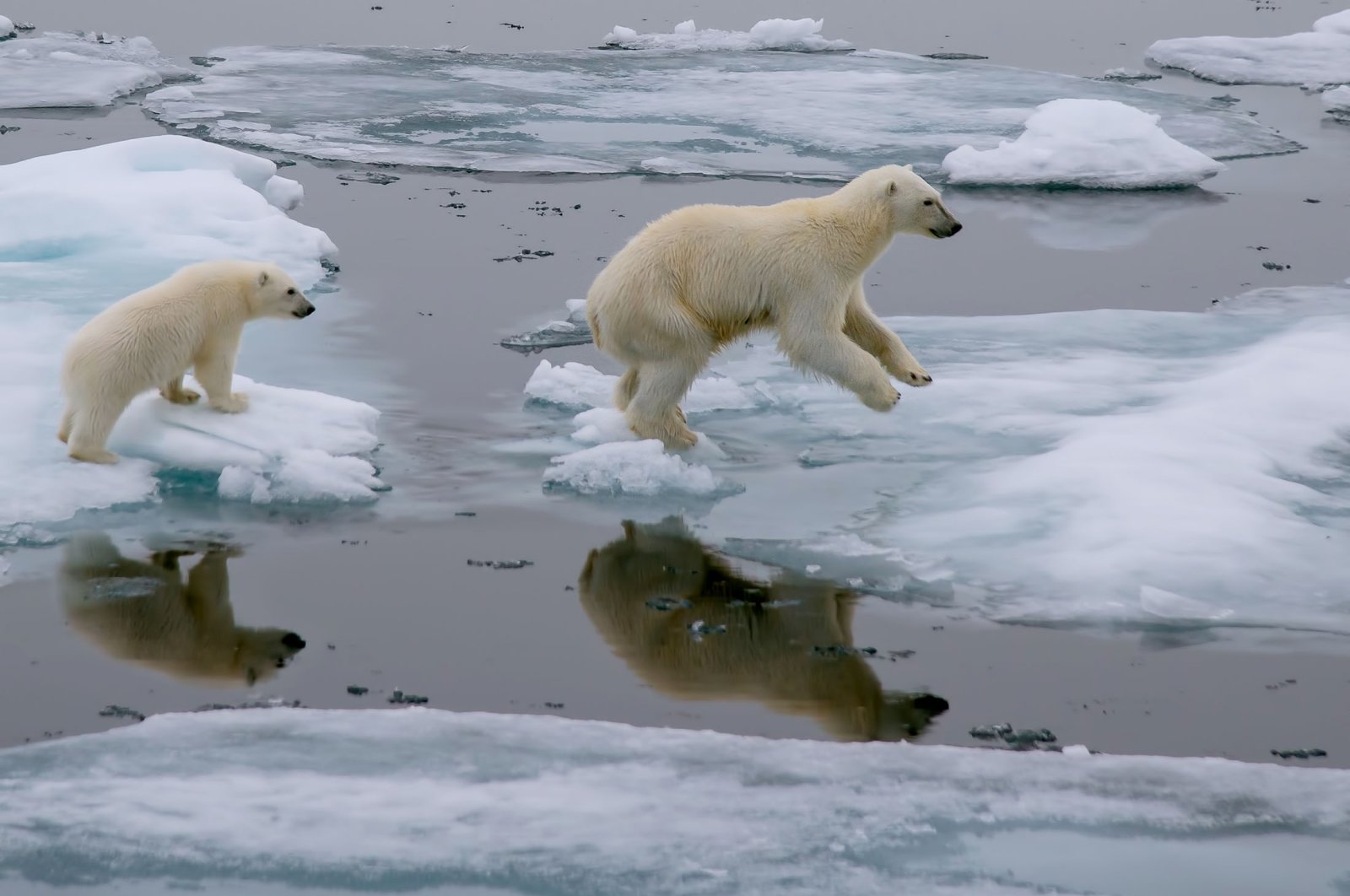 A mother polar bear leads her cub through an ice floe in the Arctic Ocean, north of Svalbard, Norway. (Shutterstock Photo)
by French Press Agency - AFP
Aug 02, 2021 9:02 am

The problem of climate change may appear to be a recent development in the world of science, but as one looks through history, the issue goes back nearly 200 years, puzzling the minds of scientists.

What if Earth's atmosphere was infused with extra carbon dioxide? That is what amateur scientist Eunice Foote mused in an 1856 research paper that concluded the gas was very good at absorbing heat.

"An atmosphere of that gas would give to our earth a high temperature," she wrote in the study, published in the American Journal of Science and Arts and then swiftly forgotten.

The American scientist and women's rights activist, who only wrote one more paper, could not have known the full significance of her extraordinary statement, said Alice Bell, author of a recent book on the climate crisis – "Our Biggest Experiment" – that features Foote.

This was the decade that the United States first began to drill for oil. It is also the baseline period of global temperatures we now use to chart the fossil fuel driven warming of the planet.

Foote, whose work was rediscovered in recent years, is now seen as part of a multi-generational exploration, spanning some 200 years, unraveling the mysteries of how the climate works – and more recently how human activities have tipped it out of balance.

"There is no eureka moment with one great genius in climate change science," Bell told Agence France-Presse (AFP).

"Climate science is a story of people over centuries and different disciplines, different countries working together, incrementally learning more and more."

People have believed human activities like deforestation could alter the local climate since at least the ancient Greeks.

But in terms of the global climate, the story of our understanding of what we now call the greenhouse effect arguably began in the 1820s with French scientist Joseph Fourier.

Fourier calculated that Earth would be much colder if it was not enveloped in an insulating blanket of gases.

"He realized that the atmosphere was doing something to prevent heat immediately being radiated into space," said science historian Roland Jackson.

The container with carbon dioxide warmed more than the others and "was many times as long in cooling," she reported, although she was not able to make a distinction between Earth's outgoing infrared radiation – which is behind the greenhouse effect – and incoming solar radiation.

"Carbon dioxide can absorb heat, that's her discovery," said Jackson, who co-authored an analysis of her work published by the Royal Society last year.

"And she made the supposition from that, that if you increase the amount of carbon dioxide, it could change the climate. She needs to be recognized for that."

His discovery was taken seriously, but even then it was 20 years before his findings on water vapor were fully accepted, said Jackson, who is the author of a biography of Tyndall.

In December 1882, a letter to the editor published in Nature cited Tyndall's work on gases.

"From this we may conclude that the increasing pollution of the atmosphere will have a marked influence on the climate of the world," said the letter, signed H. A. Phillips, in one of the earliest published links between human-made emissions and a changing climate.

But it would be decades before there was wider concern that coal smoke belching from factories could one day heat the whole planet.

When Swedish scientist Svante Arrhenius – a distant relation of climate campaigner Greta Thunberg – suggested in the late 1800s that burning fossil fuels could influence the climate and calculated what would happen if carbon dioxide doubled, it was not seen as a cause for alarm.

This is not only because the amounts of carbon dioxide being emitted at the time were considered negligible, but also because scientists were preoccupied with understanding the carbon cycle in relation to past ice ages, said Robbie Andrew of the CICERO Center for International Climate Research.

"Nothing survived in large parts of the planet during the ice age, that's kind of the thinking – 'We hope we're not going back there,'" he told AFP.

Even into the 1930s, when scientists said temperatures were already rising, they thought a little warming could be beneficial.

"The idea that it changed not only temperatures, but other aspects of climate might not have occurred to them," said Andrew, who has compiled a history of emissions predictions.

There are a few examples of public commentary linking emissions to the risks of warming, although Andrew said the burning of coal was largely seen as a "necessary evil" and health fears were put aside for the sake of progress.

In 1958, an American television show, The Bell Telephone Science Hour, said carbon dioxide from factories and cars could be warming the Earth's climate.

"We are not only dealing with forces of a far greater variety than even the atomic physicist encounters, but with life itself," the narrator said.

But fear of global cooling – centered on aerosol pollution and the nuclear winter that would follow atomic warfare – was dominant, and continued well into the 1970s and 80s.

It was only in 1975 that the scientist Wallace Broecker wrote a paper asking "Are We on the Brink of a Pronounced Global Warming?" and the expression began to enter the popular lexicon.

And in 1988, amid record temperatures, U.S. government scientist James Hansen told a Congressional hearing "the greenhouse effect has been detected, and it is changing our climate now."

That same year, the United Nations formed the Intergovernmental Panel on Climate Change.

Since then climate science has become ever more sophisticated – IPCC reports detail in ever-greater urgency the pace of warming, while scientists can now say whether a particular deadly heat wave, storm or wildfire was amplified by climate change.

But this greater knowledge has been met with industry efforts to sow public confusion about the effects of fossil fuel pollution.

"It's a long history of scientists battling to get this out there. Just stop fighting us," said Andrew.

“Not fiction, but physics”

Bell, who co-runs the climate charity Possible, welcomed the recognition of Foote as part of that history.

But she said there are "an awful lot of other voices that have been lost along the way."

For example, she said the colonial era was in some ways a period of "unlearning" – when European settlers brutalized indigenous peoples and disregarded their knowledge.

Now it is widely recognized that these communities are often far better at managing their lands sustainably.

With the evidence of climate change and record temperatures now impossible to ignore, Bell said decades of scientific endeavor have armed us with both knowledge and technology – "we have a lot of the solutions."

But societies must now act to avert the most catastrophic effects.

"It is especially hard to admit that the entire responsibility rests on the people who are active in this decade: that everything depends on us, here, now," said Spencer Weart in his history of climate change science.

"It's as if we have woken up in a science-fiction movie. But it's not fiction, it's physics."