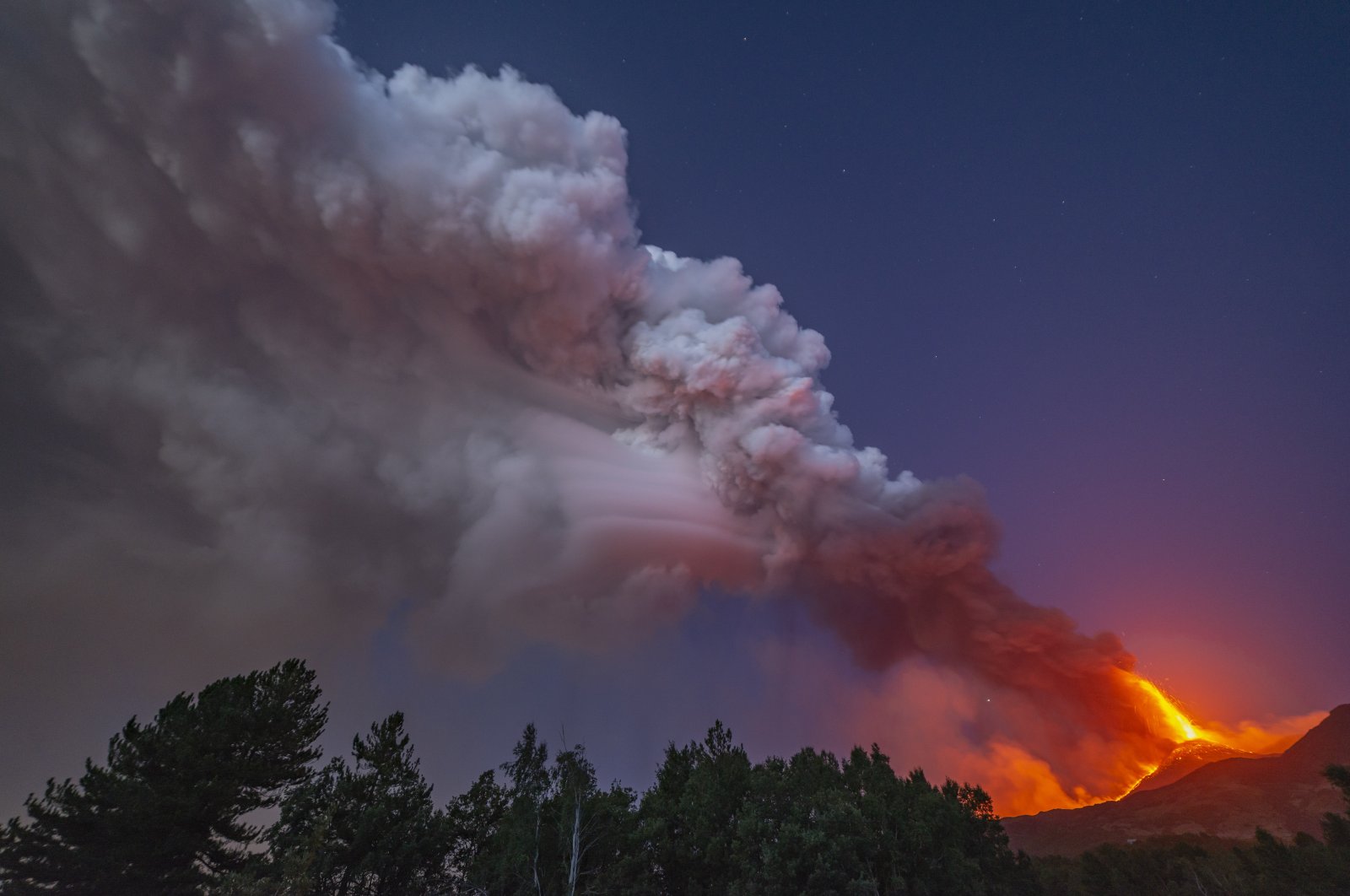 With the effects of global climate change on full display across the globe, scientists believe the climate crisis may also amplify the atmospheric cooling effects of once-in-a-century volcanic eruptions while lessening the impact of smaller eruptions, new research revealed Thursday.

Scientists at the University of Cambridge and the U.K. Met Office examined how rising temperatures are likely to affect the ash and gases shot into the atmosphere by volcanoes.

The emerging "feedback loops" between the changing climate and eruptions were not accounted for in this week's landmark scientific report by the U.N.'s Intergovernmental Panel on Climate Change (IPCC), said lead author Thomas Aubry of Cambridge's Department of Geography.

"It could shed new light on the evolution of future volcanic influences on climate," he said of the study.

"Even if volcanoes have a limited influence on climate compared to human greenhouse gas emissions, they are an important part of the system."

It also looked back at the worldwide impact of Mount Pinatubo's eruption in the Philippines in 1991, the second largest of the 20th century.

The giant plume of ash and gas generated a layer of haze that caused global temperatures to drop by as much as 0.5 degrees Celsius the following year.

The study found that climate change, by warming the atmosphere, will allow future Pinatubo-sized plumes to rise even higher – blocking more sunlight, dispersing aerosols faster and heightening the cooling effect worldwide by up to 15%.

"However, the effect of volcanic aerosols only persists for one or two years, while anthropogenic greenhouse gases will affect the climate for centuries," the researchers said.

And for smaller outbursts such as the 2011 Nabro eruption in Eritrea, which tend to occur annually, the cooling effect will be reduced by about 75% under a high-end warming scenario.

"This is because the height of the tropopause – the boundary between the troposphere and the stratosphere above it – is predicted to increase, making it harder for volcanic plumes to reach the stratosphere," the scientists said.

"Aerosols from volcanic plumes confined to the troposphere are washed out by precipitation in a matter of weeks, making their climatic impacts relatively minor and much more localized."

Human activities have already warmed global temperatures by more than 1 degree Celsius since 1850 and under the IPCC projections, the world is on course to reach 1.5 degrees Celsius of warming around 2030, a decade sooner than previously forecast.

That assumes there is no major volcanic eruption in the next decade, the U.N. report said, while stressing that any cooling effects would be temporary.