Made of mud: The historical conical dome houses of Harran 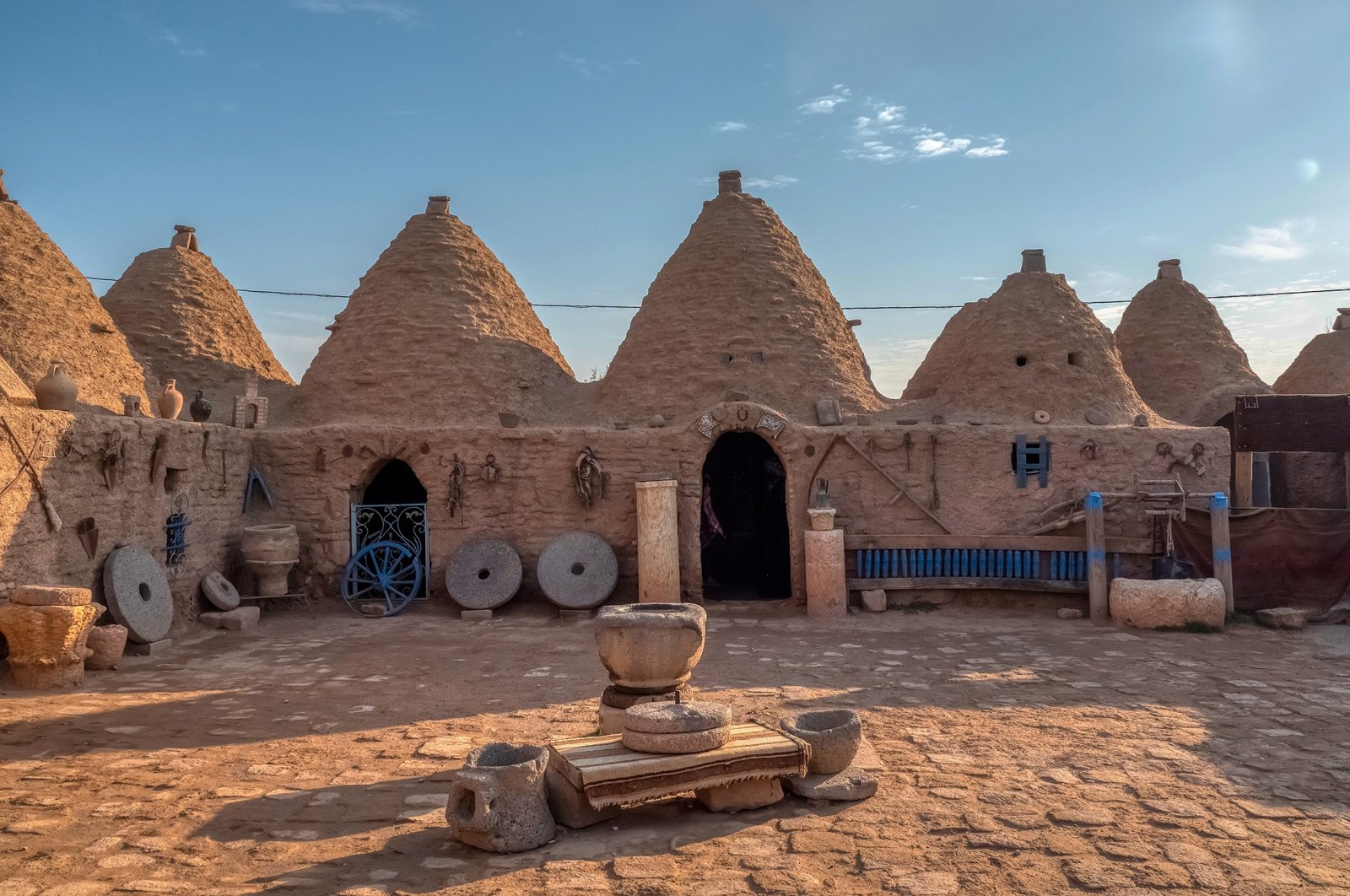 The now-deserted Harran ruins, well-known for their distinct beehive-shaped mud houses, were once a major economic, religious and education hub

The pearl of Turkey’s southeastern Anatolia region, Şanlıurfa province has long been a favorite destination among local and foreign tourists with its historical sites and natural wonders.

Its rich, world-renowned cuisine and unique, ancient history attract millions of tourists every year, even though during the pandemic those numbers went down due to worldwide travel restrictions.

Şanlıurfa, or Urfa, as it was known before, is also called the "City of Prophets" due to its religious importance. It boasts astounding historical sites and offers visitors an unforgettable experience. To honor Urfa’s heroic resistance against the French troops that occupied it in 1919, the Turkish Grand National Assembly (TGNA) passed an act in 1984 that granted it the prefix of “şanlı” (meaning glorious in Turkish), which is why it is currently called Şanlıurfa.

The conical dome houses of Harran

Among the dozens of historical sites in Şanlıurfa, one of the most popular encompasses the 250-year-old conical dome houses nestled in the Harran district. Each dome on a house represents a room and the number of domes reveals the financial status of the household.

When you first enter the building, especially during hot summer days, you feel satisfyingly cool: thanks to their unique architectural design, the homes provide a cooler climate during the summer and are warmer during the winter. The mortar of the buildings was made from rose leaves, straw, soil and egg whites. The houses become narrower from the bottom to the top and stretch about 5 meters high.

Since the exterior of the homes are covered with wet clay, they have withstood the test of time, maintaining their original architectural features from centuries ago. The houses, which are restored with new mortar from time to time to prevent damage, are located in groups. The tops of the domes are not closed, allowing the homes to get efficient sunlight and providing ventilation that allows smoke from inside to escape easily.

The now-deserted Harran ruins, well-known for their distinct beehive-like mud houses, were once a major economic, religious and education hub.

The historical houses are not used by the locals as they are under the protection of Turkey’s Ministry of Culture and Tourism and are being restored for touristic purposes.

The houses mesmerize visitors with their authentic atmosphere. The interior gives tourists a chance to explore how people lived hundreds of years ago.

If you are planning a trip to Şanlıurfa there are a dozen more historical sites that you will want to visit.

The outstanding 12,000-year-old Göbeklitepe complex, located 15 kilometers (9.32 miles) from Turkey’s southeastern city of Şanlıurfa, is the oldest temple site in human history and one of the most important discoveries of Neolithic research. Crowned as the world's first temple, the prehistoric site of Göbeklitepe stands out among other archaeological sites due to its impressive megalithic architecture.

Another place to see in Şanlıurfa is Balıklıgöl (Fish Lake). Known more commonly in English as "The Pool of Abraham," this is one of the several attractions Şanlıurfa has to offer. Legend has it that the pool is where Prophet Abraham was thrown into the fire by Nimrod. In this account, the fire turned into the pool and the firewood into fish. Hence, Balıklıgöl and the carp fish in this pool are considered sacred.