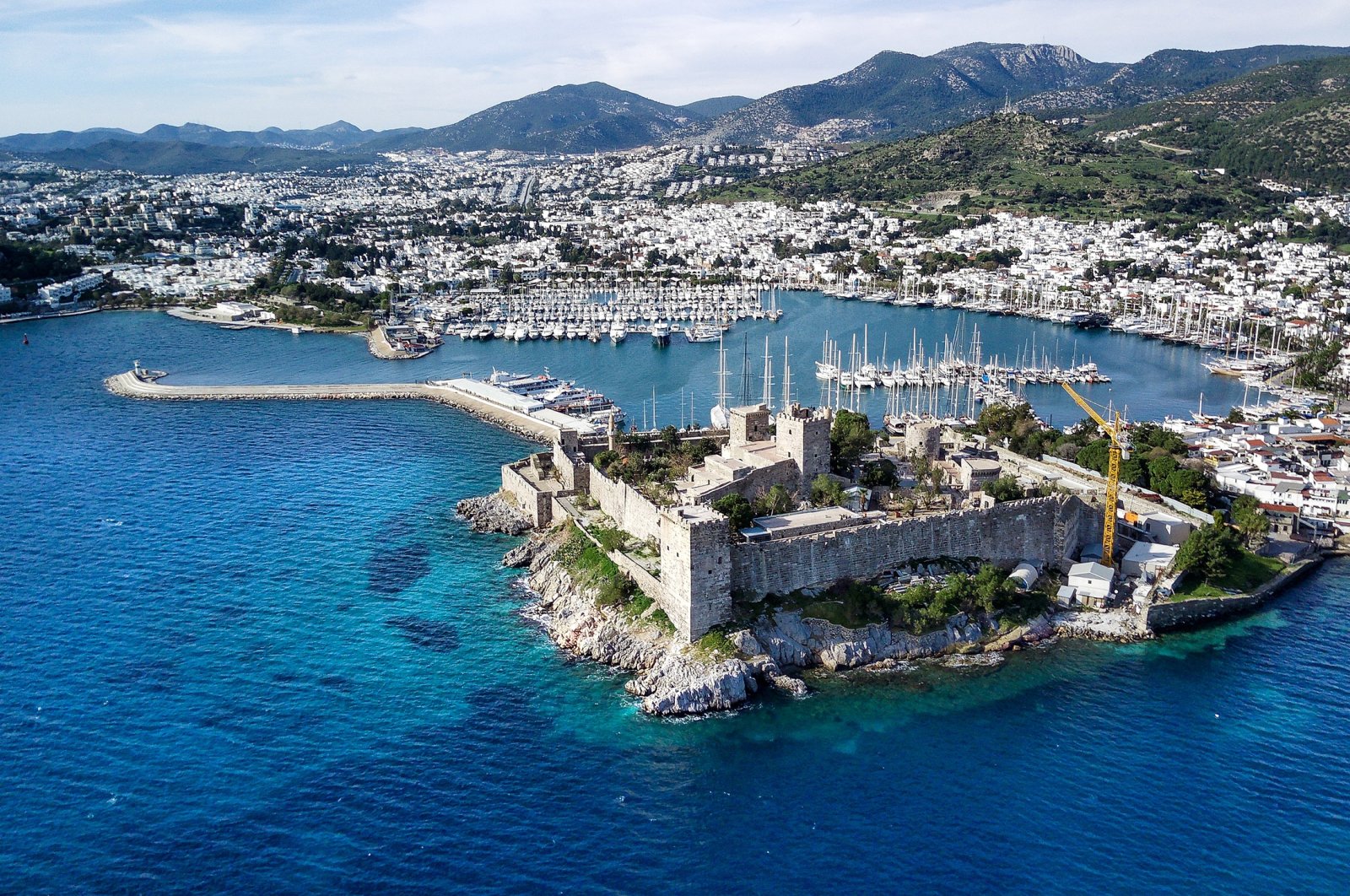 As we enter the height of Turkey’s summer tourism season it should come as no surprise that prices may be hiked up and geared towards foreign visitors. Here are my top tips on how to dodge tourist traps and thrive on a budget in Turkey

Turkish news outlets have feverously touted the news that Microsoft founder Bill Gates recently paid a personal visit to Bodrum and enjoyed a lavish meal to a tune of nearly $10,000 (around TL 85,320). This certainly isn’t the first time this ultra-popular holiday destination has hit the headlines for charging an astronomical fee for a good time.

Dubbed the Turkish Riviera, Bodrum is hands down Turkey’s most popular holiday spot as evidenced by the recent overwhelming influx of vacationers over the national holiday (around a million people, five times its normal population) as is increasingly the case each year. Encompassing a vast peninsula with over a dozen districts, Bodrum also houses some of the most luxurious hotels and restaurants and is regularly frequented by the rich and famous who, like Bill Gates, dock their yachts along Bodrum’s coast.

According to news sources, Bill Gates flew into Bodrum by plane then boarded a helicopter that took him to his luxury mega-yacht, the Leander, which was anchored off the coast of Türkbükü. From there, he is said to have dined with six friends at the Mandarin Oriental and paid a bill that was approximately TL 80,000 ($9,380). We don’t know for sure what Bill Gates and his friends had for dinner, but the restaurant is said to specialize in meat dishes. Luckily, the photo of a similarly sky-high bill in Bodrum was also recently made its rounds in the press, but that time the bill was “just” over TL 26,000 ($3,054). “What did they have?” you might ask. Drinks make up a sizable amount of the bill, and the diners also ordered a salad for TL 200, linguini di mare for TL 250, iced lattes for nearly TL 70 and a cup of Turkish coffee for a whopping TL 40. The service charge alone was over TL 3,000. This now infamous receipt came from the well-known Maça Kızı, long the chicest and most popular venue in Türkbükü. While Maça Kızı is notoriously swanky, the venue is relaxed and a foreigner could easily mistake the restaurant for any one of the many luxurious restaurants popping up in Bodrum.

Therein the problem lies. If you didn’t know a place was super fancy, you might just assume it to be a reasonably priced restaurant, whereas unbeknownst to you it is actually a place with a very famous reputation and clientele. Similarly, a restaurant in Bodrum’s Gümüşlük by the name of Mimoza offers a rustic chic charm with gourd lamps and trees embedded with fairy lights and uncomfortable wooden chairs and tables lining the shore. At dinner there once, the person treating me told me the bill was more than what I paid in rent for a month. I made sure never to mistakenly step foot through the door again – and it doesn’t even have a door.

Turkey gets a bad rap overall for high prices in tourist areas. But don’t get me wrong, it is very possible to do Bodrum on a budget. There are just a number of tips one needs to know to get the most bang for your buck and not get caught in a tourist trap!

Foreign currency is a no-no

The moment you see a menu or really anything being peddled in foreign currency, that should be the first clue that you are approaching a tourist trap. These establishments are literally appealing to tourists, so don’t expect local prices.

Ask and you shall receive

As the saying goes, “there is no such thing as a stupid question,” and this is especially true when it comes to counting the proverbial pennies in your pocket. This should actually be the number one rule of thumb when eating out anywhere. If the prices are not obviously visible on a menu or whatnot, then make sure to ask the price of each item you plan to consume to not be faced with any unpleasant surprises later. This is especially true when it comes to ordering fish or meat dishes and you may also want to check if they apply a service charge.

Make sure to check the bill

Human error can occur anywhere, so this tip is just good practice whenever you are handing over money. But with the Turkish style of dining, in which multiple mezes and salads are shared amongst the table, keeping count can be difficult. The tasty treats that are brought by tables to see if there are any takers, such as the mini lahmacuns and içli köftes, are not just being offered as a sample and most likely will show up on your bill, so be aware. What surprisingly may not be charged is a complimentary fruit plate, tea or Turkish coffee, but should any arrive at your table unsolicited, don’t be shy – you can always ask why.

What does the “kuver” cover?

According to the Turkish Language Association, the word “kuver” refers to the table cloths used at restaurants. Thus, a cover charge literally refers to the silverware, spices and condiments that adorn a table. In practice, a kuver charge for each person could be added to the final tally on your restaurant bill. Where it gets complicated is that there can also be a “servis” (service) charge of up to 10% added to your bill. This, in essence, could be considered the waiter’s tip. What is important to note is that the “kuver” goes to the establishment, while the service charge, one would hope, should go to the waiter and ideally the kitchen staff for their service. Otherwise, the norm is to pay 5% to 10% of the bill or more if the establishment is on the finer end of the spectrum.

Tanning can come at a cost

Another area where prices have skyrocketed in Bodrum and many of Turkey’s vacation spots is in the sunbed industry. By that, I mean the sunbeds that are laid out on the beach by establishments, which can in fact cost a pretty penny. Articles that surfaced earlier this summer quoted prices of over TL 1,000 per day for a sunbed in Bodrum’s beloved Türkbükü. So, the moral of the story is: make sure to ask the price first before you settle down on a sunbed to begin tanning.

How to wrangle a taxi right

Taking a taxi in Turkey can admittedly be a nightmare at times. Prices vary between districts and there can be unexpected charges incurred. The bottom line is that taxis are more expensive in tourist areas and so you must make sure to ask the price for a ride, rather than assume it will cost the same as it would in Istanbul. To get a fairer answer, ask in hotels and restaurants for comparable prices. Nonetheless, make sure you strike a deal or at least a roundabout figure with the driver of any taxi before you board. It is also always best to hire a taxi from a taxi stand by phoning one in or going to one directly.

To bargain or not to bargain

Turkey gets a bad rap when it comes to bargaining and many foreigners are given the wrong impression that it is a regular cultural practice here. Well, I am here to tell you that it’s not. In fact, some Turks will be offended by any attempts to haggle down a price. When it comes to shopping for souvenirs, it is up to you to decipher which kind of Turk you are dealing with. That is because of course there is some truth to the fact that prices can be hiked up and there can be wriggling room on the cost of things in tourist destinations. You can try to bargain by setting your price and then simply walking away if it is not accepted. You can always go back and pay the full asking price for the item later. Sometimes paying in cash versus credit card can get you a deal, as can of course buying in bulk.

The best practice in any case, whether you plan to dine out, drive or shop is to do your research on prices ahead of time. Many restaurants have their menus posted on Zomato or you can read up on their reviews. There is an entertaining social media account by the name of “bodrum_hesap_lutfen” where people post their actual receipts from meals out on the peninsula. Taksiyle.com is an excellent website to calculate taxi fares and if you order a taxi from the Bitaksi application there is a lower chance of dealing with any funny business from drivers. When it comes to shopping for souvenirs, websites like Hepsiburada, Trendyol and MorHipo have pretty much anything you could ever ask for in Turkey, so check the prices before you hit the pavement.