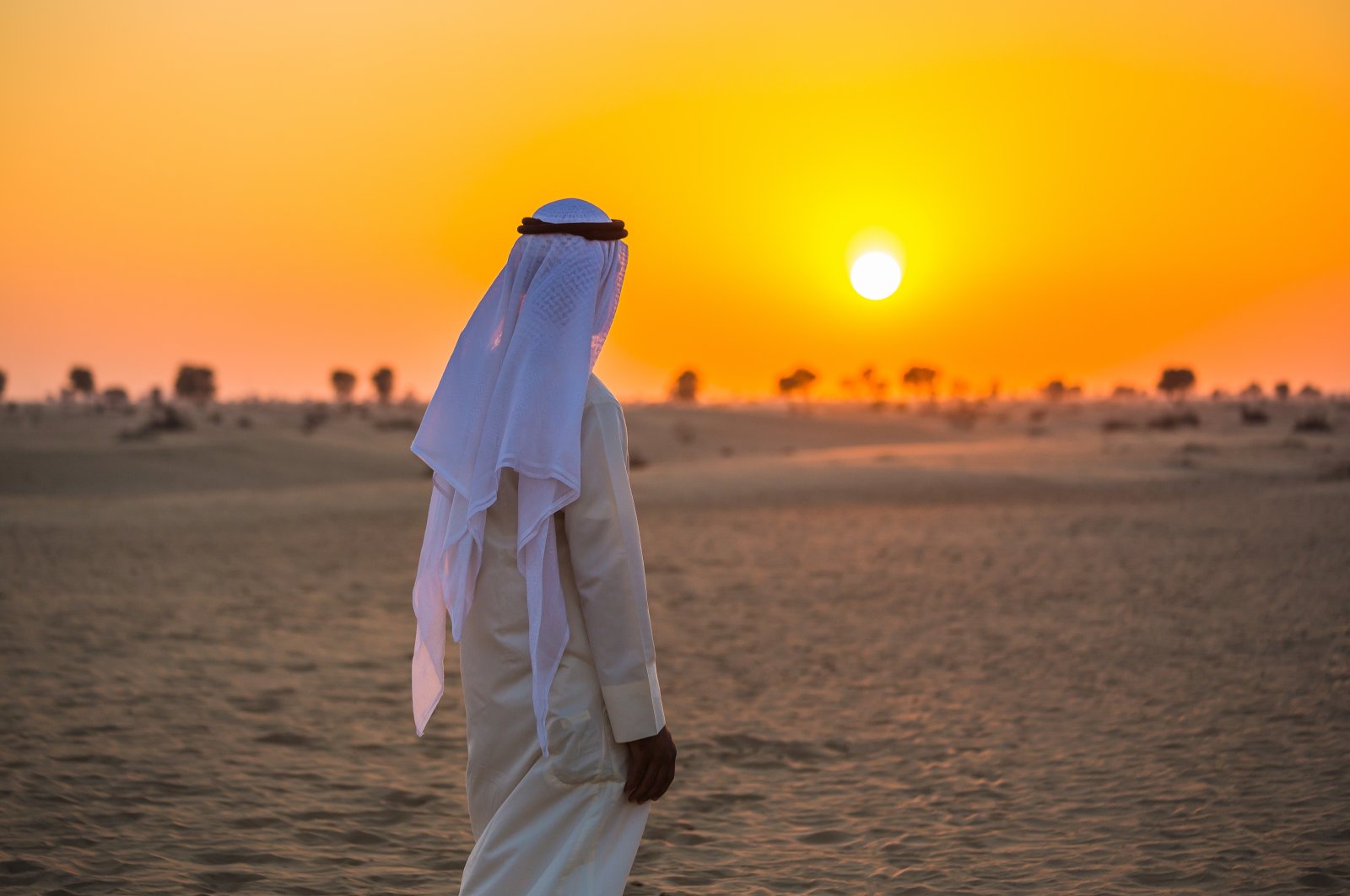 An illustration photo showing a man looking at the sunset in a desert in the Arab region. (Photo by Shutterstock)
by Muhittin Ataman
Jun 01, 2021 10:02 pm

The Middle East continues to be one of the most dynamic regions of the world. On the one hand, it directly and indirectly influences not only the policies of regional countries but also those of the global powers.

On the other hand, any change in the domestic political settings of global actors, such as the United States, directly influences the foreign policies of the Middle East's regional countries.

The latest Israeli military attacks against the Palestinian people are but the most recent development to significantly change the regional balance of power.

First of all, the Israeli attacks have damaged the Israeli consolidated regional supremacy established after the Arab Spring. When the political authority and the state structure of the traditional states that were known as the main carriers of Arab nationalism, such as Syria, Iraq and Yemen, collapsed after the Arab Spring, Israel unexpectedly found itself in a much more secure environment.

The two Gulf states, namely the United Arab Emirates (UAE) and Saudi Arabia, which emerged as the new leaders of the Arab world, collaborated with the Israeli state.

The UAE has remained the only close partner of Israel; Egypt and Saudi Arabia have begun to follow a more balanced policy. After the most recent Israeli attacks, Arabs have begun to take the Palestinian cause into consideration.

The Trump administration gave carte blanche to the members of the orb alliance, which paved the way for many illegal and illegitimate developments, such as:

Trump did not take any action against the Saudi authorities for their involvement in the killing of the Saudi journalist Jamal Khashoggi in the Saudi consulate building in Istanbul.

The Deal of the Century, prepared by Trump’s team and Israeli Prime Minister Benjamin Netanyahu, was thrown into the dustbin of history as a result of U.S. President Joe Biden’s differing policy towards the issue.

Third, pro-Trump regional countries have lost their backer and have restructured their foreign policies. Many observers claim that the Biden administration has revoked the carte blanche, and from now on it will be more difficult for the members of the orb alliance, at least other than Israel, to continue their illegitimate intervention into regional politics.

As a matter of fact, regional states have realized these new conditions and have accordingly begun to restructure their foreign policies.

For instance, Egypt and Saudi Arabia have started to pursue a more inclusive and constructive policy and to normalize their relations with regional countries.

The Biden administration had been claiming that it will follow a “human rights centered” approach in its foreign policy, especially towards pro-Trump regimes of the Middle East, including Trump’s “favorite dictator.”

However, it seems that the Biden administration has been trying to normalize the pro-Trump states without forcing them to restructure their domestic policies.

In other words, Biden and his team have been trying to “normalize the abnormalities” in the region. The American insistence over the mediation efforts between the Israeli state and Hamas is an indication of this objective.

On the other hand, the Biden administration’s emphasis on human rights and democracy has frightened the authoritarian regimes of the Arab world.

Therefore, they have changed their hawkish and belligerent political discourse and have initiated processes to normalize their relations with adversary actors in order to diversify their foreign policy and thus to decrease the vulnerability of their respective regimes.

The Gulf countries who have been otherizing and imposing an embargo against Qatar for the last several years suddenly have opened their arms to Qatar and initiated diplomatic relations, lessened their harsh rhetoric against the Muslim Brotherhood and sent relatively friendly messages to both Turkey and Iran.