Contingent nature of Turkey's ties with US and Russia 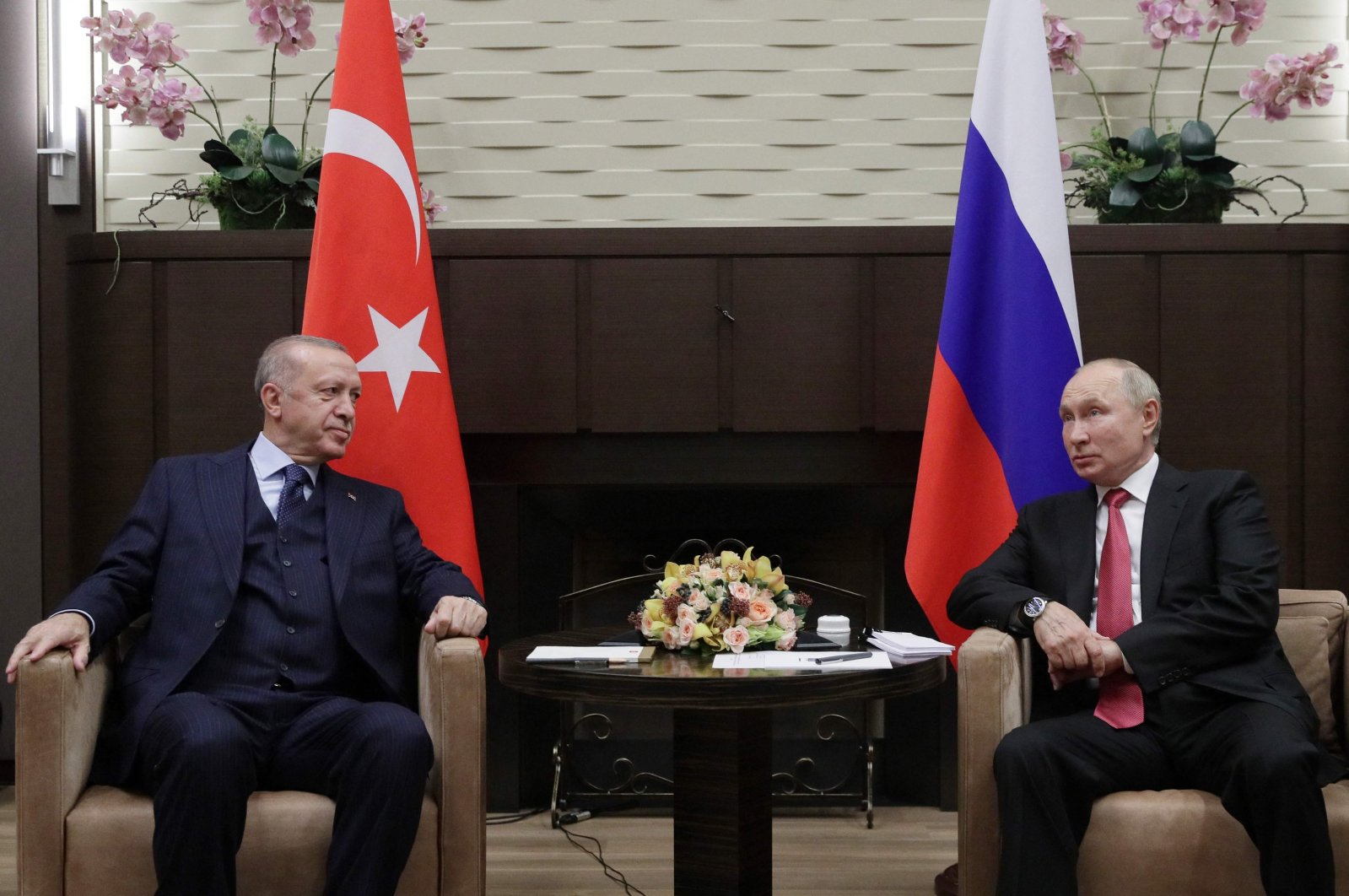 President Recep Tayyip Erdoğan met his Russian counterpart Vladimir Putin in Sochi. The two leaders had not had an opportunity to meet in person for more than 1 1/2 years and many issues were on agenda at the Sochi summit. The Erdoğan-Putin meeting lasted more than three hours and was held in a constructive environment. A short press declaration was released without mentioning the details of a specific agreement. The two leaders decided to keep the status quo in Idlib, indicated their desire to deepen cooperation in the defense and security sectors, and promised to improve their economic relations.

The main issue on the table during the Erdoğan-Putin summit was the increased regime and Russian attacks on Idlib and Afrin. These attacks were jeopardizing the terms of the deal that was reached in 2018. Both leaders confirmed their willingness to maintain the existing status quo in Syria and work together to restore security and stability in the war-torn country. Both Moscow and Ankara are more pressured than ever to find a political solution in Syria due to the enduring costs and potential security risks of the Syrian civil war.

On his return to Ankara, Erdoğan highlighted his complaint about Brett McGurk, who is currently the National Security Council’s coordinator for the Middle East and North Africa (MENA). The president relayed his concerns about McGurk's continuous efforts to support and sponsor the PKK terrorist organization's Syrian offshoot, the YPG.

Washington’s continued efforts to back the Syrian Democratic Forces (SDF) and YPG are threatening Turkey’s national security and encouraging the PKK. Although the U.S. representative was not present at the Sochi meeting, the country's position had significant influence on the agenda of the Erdoğan-Putin meeting. Ankara’s relations with Moscow are contingent on its ties with Washington and Brussels.

The uncooperative policies and hostile attitudes of Washington's elite towards Ankara weaken Turkey’s negotiation position with Moscow. This is especially relevant in the Syrian conflict and in Libya, where Moscow continues to have a strong position backed by its military capabilities on the ground. Moscow follows Ankara’s relations with Washington closely and benefits from the ongoing discord between the two NATO allies.

The discord between Ankara and Washington eventually turned into a new opportunity for coordination and cooperation between Ankara and Moscow. Washington also refrained from generating new tensions with Moscow, which would distract them in their efforts to counter the expanding influence of China. Washington seems to be upset with the current status quo in its relations with both Moscow and Ankara. That is why Washington refrained strictly from taking steps that would generate new uncertainties.

Washington is preoccupied with supporting and sponsoring the SDF and YPG. Erdoğan and Turkish officials condemn Washington’s continuous support of the YPG on every occasion. With the S-400 issue and Washington’s sanctions preventing the delivery of F-35 fighter jets, Washington’s position concerning the YPG poisons the relations between the two NATO allies.

Washington officials continue to reflect the same position in every meeting rather than engaging in diplomacy with Ankara to find common ground on the mentioned issues. They only seek to gain more time and expect their Turkish counterparts to accept the current status quo. Ankara responds with almost similar phrases after each failed meeting.

New threats follow from Washington if the Turkish side becomes more vocal about their criticisms of the American policy line. It seems that the U.S. still wants to maintain the stalemate and expects some contextual changes to approach its policy change with Ankara. The proponents of Turkish-American normalization are losing hope, whereas the Turkish public is getting more disenchanted with the potential value of being U.S. allies.

A choir of Turkophobes in the U.S., including the PKK, the Gülenist Terror Group (FETÖ), Greek, and Armenian diaspora lobbies, continue to generate some justifications for not improving relations with Turkey. The Turkophobic choir has been less creative in increasing tensions between Ankara and Washington in the last couple of months. They just mention the same arguments initiated by the members of FETÖ. In any case, they were relatively successful in maintaining the negative status quo with Ankara and prevent the Biden administration from engaging more constructively with Erdoğan. The Turkish side is unhappy about the current stalemate with the U.S. and has signaled further negative steps if Washington’s policy line jeopardizes Turkey’s national security.

A biased and ideologically driven attitude toward Turkey is also risking the U.S.' regional interests, but the ideological hostility continues to defeat more practical joint claims. The Pentagon’s ongoing sponsorship of the YPG prevents further Turkish-U.S. cooperation in other critical regions. It seems that Washington will not change its attitude toward Ankara until the 2023 presidential elections in Turkey. Many in Washington continue to hope that the opposition in Turkey will act together to defeat Erdoğan and the People’s Alliance. Even this hypothetical plan works, it will not be a panacea for restoring Turkish-American relations.

As Washington plans new efforts to contain Turkey in the Middle East and Eastern Mediterranean, the tactical relations between Ankara and Moscow gain more substantial ground. Indeed the Biden administration also tried to maintain the status quo with Moscow as well. We should not expect a breakthrough in Turkish-American relations soon due to the contingent nature of complicated diplomatic ties with some other actors, including Russia. Washington does not want any further geopolitical distractions or surprises in the MENA region and trans-Atlantic relations. Washington’s coercive tools and sanction game is getting gradually ineffective. The victims of American sanctions and coercive policies may eventually increase their cooperation and coordination to overcome their difficulties. Despite their strategic differences, Turkish-Russian relations are gaining stronger ground. Washington’s policies and efforts to maintain the current status quo are essential catalysts for such an outcome.