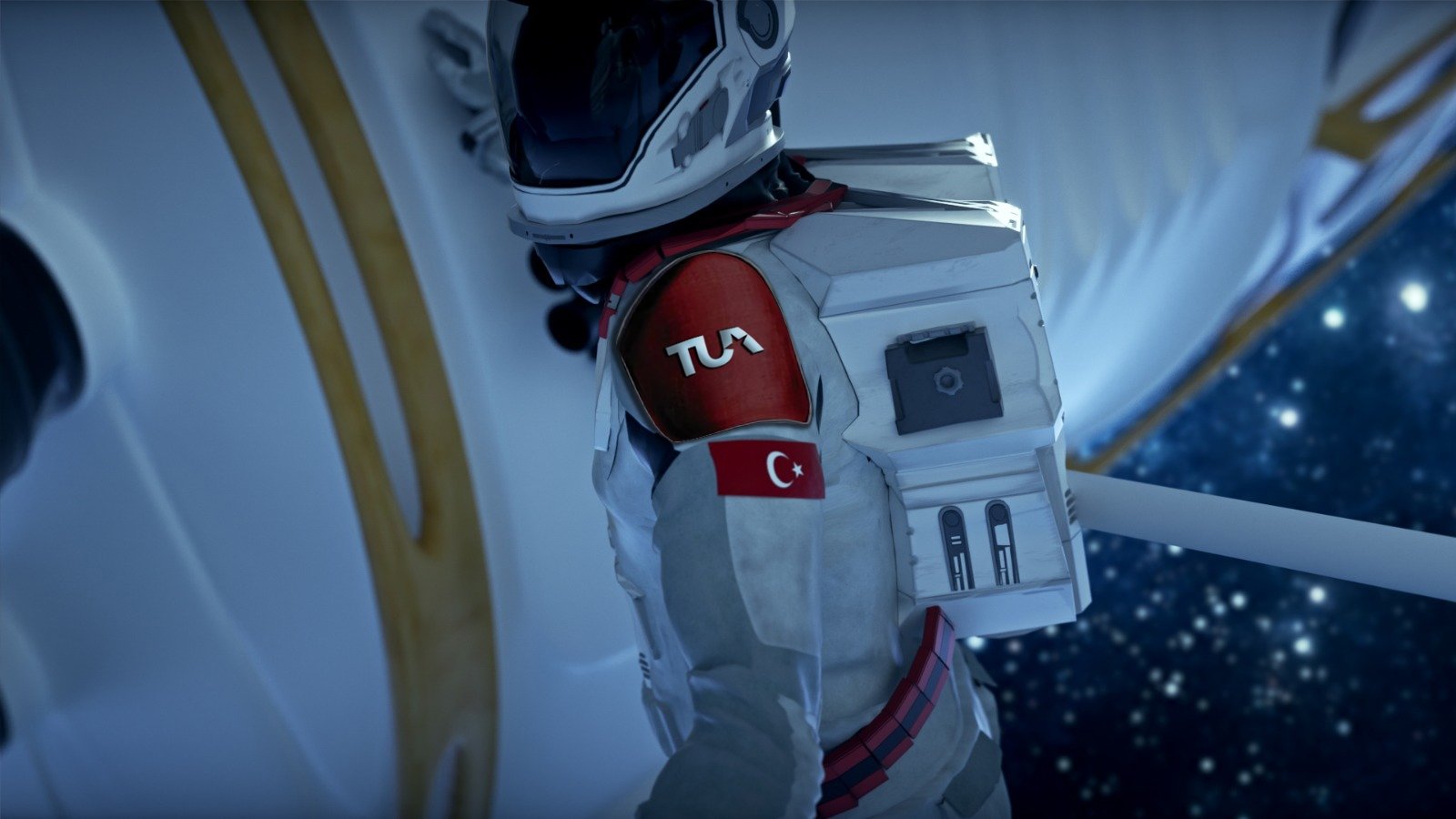 An astronaut with the logo of the Turkish Space Agency (TUA) on his arm is seen in this illustration photo displayed during the ceremony for Turkey's National Space Program, Ankara, Turkey, Feb. 9, 2021. (AA Photo)
by Nagehan Alçı Feb 12, 2021 12:05 am
RECOMMENDED

It is big news – really big news. It has excited everyone in Turkey, regardless of their political views or lifestyle.

Of course, I am talking about President Recep Tayyip Erdoğan’s recent announcement that Turkey is set to start a space journey.

“Our first goal is to land on the moon by 2023, the 100th anniversary of the Republic of Turkey. I believe Turkish engineers will manage to carry out this mission,” he said.

Erdoğan’s announcement made the headlines everywhere, especially when he added that Turkey also wants to send a Turkish citizen to space. Everyone got excited.

I am from Generation X and for us, space and astronauts were only a dream that we could see in American movies.

We grew up with stories of Apollo and seeing firsthand the competition between the United States and the Soviet Union during the Cold War concerning space activities.

Technology developed from this challenge.

Now it is a proud moment for us to even talk about the possibility of reaching space with our own astronauts and machines. This will help technology boom. Besides the goal of going to space, there are also plans to build a spaceport with international cooperation.

The logo of the Turkish Space Agency (TUA) was also unveiled. This agency was founded in 2018 and its most important task is to go to the moon in 2023.

The space project can be seen as an opportunity to attract researchers and scientists from all over the world, which will definitely contribute to boosting energy in other branches of science.

Last month, Erdoğan spoke to Elon Musk, the chief executive of SpaceX, on cooperating in space technologies with Turkish companies.

Turkey also launched its Türksat 5A satellite into orbit from the U.S. last month.

The active efforts and research on space accelerated after the TUA’s foundation back in 2018. Turkey previously launched reconnaissance and communication satellites. It set up a satellite systems integration and test center and manufactured a domestic HD satellite, called the IMECE, expected to be launched in 2022.

The country aims to become a logistical superpower in its region and a pioneer in space activities. It wants to create a sustainable data network and to provide digitalization in all fields.

I believe that this vision can take Turkey much further. It can help the country advance in matters like making a new civil constitution and solving the problems in the judiciary because technology changes every field. That’s one of the reasons why this enthusiasm gives me hope.