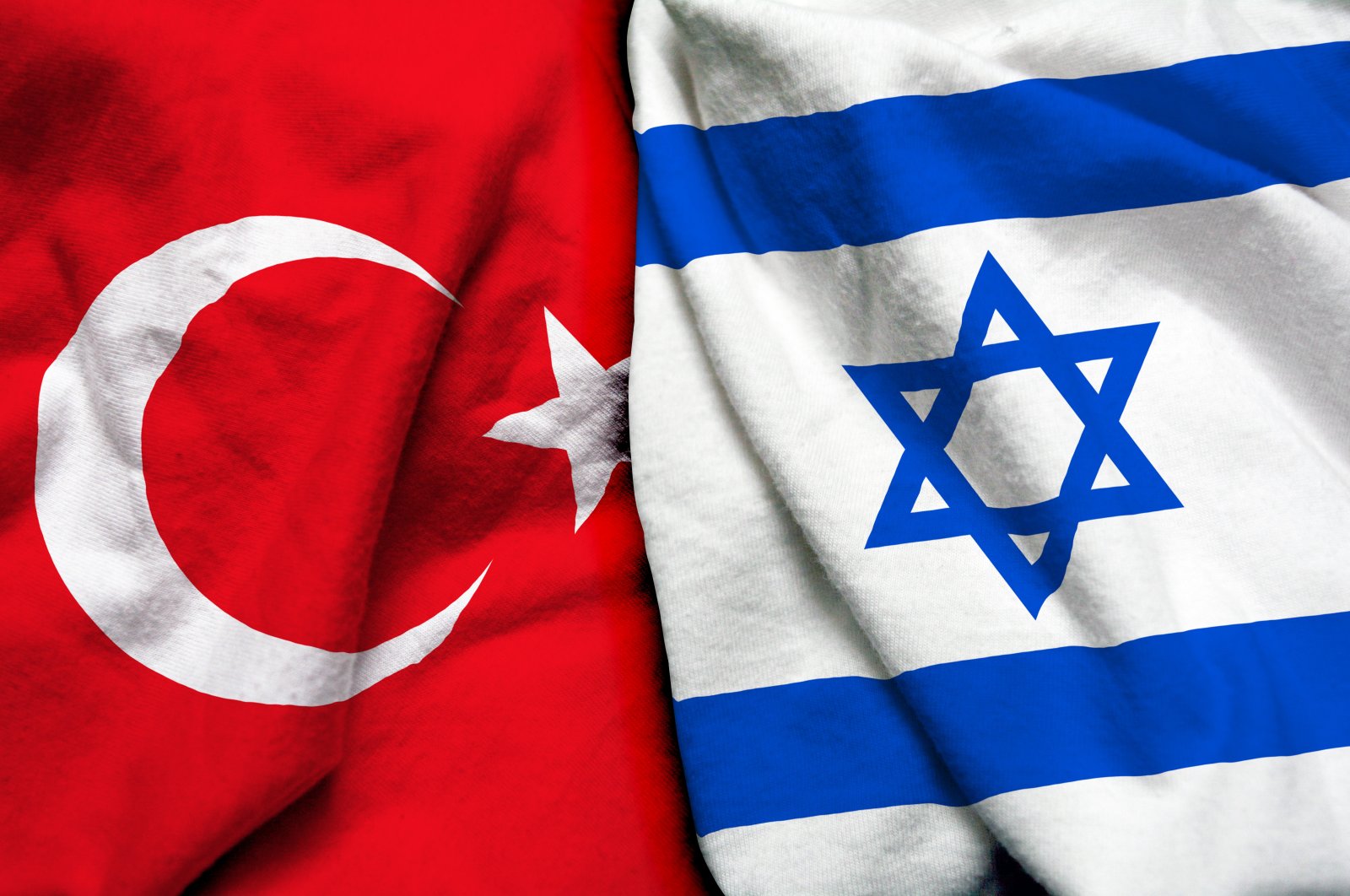 In this illustration photo, the flags of Turkey (L) and Israel are displayed side by side. (Photo by Shutterstock)
by Melih Altınok Apr 01, 2021 12:05 am
RECOMMENDED

Joe Biden’s presidency in the United States has stimulated the search for new strategic alliances in various regions around the world. Among such examples, the most remarkable is the recent change taking place between Turkey and Israel, which have been in a deep row for more than a decade.

Both sides have signaled a mutual softening. Recently, the Hayom newspaper of Israel, citing a "senior Turkish official" as the source, stated that "Turkey on Monday (March 29) informed Israel that it is ready to dispatch an ambassador to Tel Aviv once the Israeli government commits to simultaneously reciprocating the measure.”

The other signs of normalization between the two parties since December are also worth analyzing. However, it is useful to recall what initially happened between the two states, to reflect on the crux of the conflict.

As is remembered, the most sensational example is perhaps when then-Prime Minister Recep Tayyip Erdoğan made the "one-minute" remark at the Davos Summit in 2009. That is the moment that first shook Turkish-Israeli relations. Davos speaker Erdoğan reacted harshly to the other participant, former President Shimon Peres, right in front of the cameras and stated that he would never come to Davos again. He kept his word, too.

A year later in 2010, the Mavi Marmara crisis broke out. Israeli security forces murdered nine civilian Turkish activists whose target destination was Palestine. Turkey pulled out its ambassador from Israel upon characterizing the act as “state terrorism.” Subsequently, Turkey downgraded its diplomatic relations with Israel. In June 2016, the two states came to an agreement again and, by the end of the year, newly appointed ambassadors took office both in Ankara and Tel Aviv.

However, this time, in December 2017, then U.S. President Donald Trump declared that he recognized Jerusalem as the capital of Israel. In Israel, 52 people lost their lives in protests organized by Palestinians in response to the decision in May 2018, which was when the embassy was to be opened. Turkey, at that point, again withdrew its ambassador in Tel Aviv.

Afterward, Israel called its Ankara envoy back home and the ambassador's term later expired. Since then, the two countries have maintained their relations with the charge d'affaires at the embassies.

Last December, Erdoğan stated that "we would like to bring our ties to a better point" and also said that the two countries have been already cooperating in intelligence terms.

Israel also appointed Irit Lillian as the charge d'affaires of the Ankara embassy in February. The Israeli news site I24news stated that Lillian's appointment to Turkey as an expert on Turkish dynamics is an important message from the Israeli Foreign Ministry to Erdoğan.

"Appointment of such an experienced person is a reflection of Tel Aviv's desire to bring back the old warmth with Ankara," the news site said.

Based on this chronology, it is safe to say that there is now no "conflict of interest" between Turkey and Israel. Rather, the sources of crisis are periodic reflexes and counter-stances. Allegations such as Ankara's support for the Muslim Brotherhood are issues that can be smoothly resolved.

Besides, it’s mostly water under the bridge now. Developments such as alliances established to share natural reserves in the Eastern Mediterranean make it possible, even necessary, for the two states to maintain relations on rational ground. Another indicator of the enhancement in diplomatic relations is Israeli Prime Minister Benjamin Netenyahu’s confirmation on the talks with Turkey on the gas reserves in the Eastern Mediterranean.

Turkey is determined to prevail in the Eastern Mediterranean policy. In Israel, the electoral process, which hosted anti-populist rhetoric against Turkey, has been left behind. It will come as no surprise if the relations between Turkey and Israel normalize much more rapidly than we thought and reach a point of cooperation.