The future of Afghanistan seems blurry 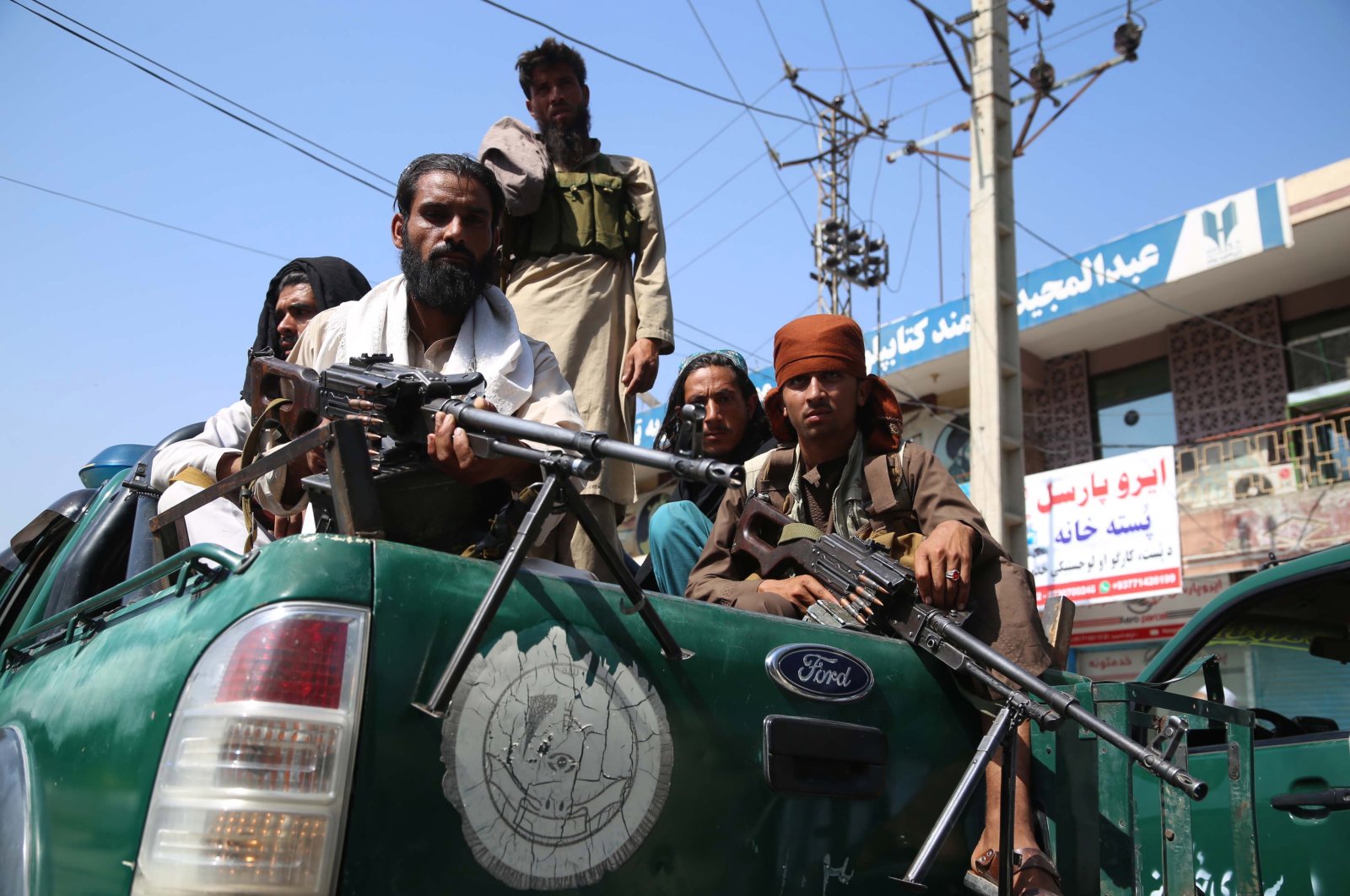 After the Taliban took over Afghanistan, many question marks about the future of the country remain. Will Afghanistan choose to cooperate with anti-American countries or will it continue to incorporate radical groups at the expense of its relations?

The Taliban have overthrown the government of President Ashraf Ghani and taken over Afghanistan after nine intensive days of incursion. In spite of long-term huge military investments made by the United States, the regular Afghan army could not effectively engage the Taliban troops.

Most cities, including Kabul, the capital, were taken over by the Taliban without resistance and the government established with U.S. support collapsed within two weeks.

The Taliban, which misused their power during their first government between 1996 and 2001, seem more prepared to rule the country. They had formerly introduced many harsh measures against the country's population. For instance, they banned women from working, closed schools for girls and forced men to grow a beard. Nowadays, it seems that they will be relatively more flexible in their political perspective. The expectation that they have learned from their political mistakes is quite high and therefore the possibility of political recognition of the new regime is much higher than before.

First of all, the withdrawal of American troops from Afghanistan is a huge strategic failure from a geopolitical perspective. The withdrawal has greatly damaged U.S. credibility in the eyes of its allies, encouraged its rivals to follow more challenging policies, and thus further weakened U.S. claims for global hegemony.

The Taliban’s return to power in Afghanistan indicates a clear failure for the U.S., who invaded the country in 2001 to tackle the Taliban government due to its support for al-Qaida. Ironically, the Taliban regained control of the country with the support of al-Qaida. Similar to the end of the Iraqi invasion, the end of the invasion of Afghanistan is humiliating for the U.S. In other words, the U.S. may have won all the fronts in Afghanistan, but it has lost the war.

The loss of Afghanistan will greatly damage the balance of power against the interests of the U.S. in the larger Indo-Pacific region. It is clear that the power vacuum created with the American withdrawal will be filled by China or Russia. Anti-American regional powers (Iran and Pakistan) and global powers (China and Russia) will expand their sphere of influence in the wider region. The most recent developments are a major setback for the U.S. and India, the main U.S. ally in the region.

Furthermore, the damaged U.S. credibility will influence the global perception of liberal democracy. According to the official explanations offered by U.S. presidents starting with George W. Bush, the U.S. was determined to introduce liberal democracy to other states, i.e. Afghanistan and Iraq. However, after the U.S. withdrawal, global public opinion has lost confidence in liberal democracy and in its European partners. Popular demand for an alternate Chinese and/or Russian government model may increase in near future, which will increase the risk for the Western hegemony.

Second, many regional states and global powers, especially those who challenge the U.S. policy in the region, have begun to initiate dialogue with the Taliban and recognize the new regime. Some countries consider the Taliban control of the country as a reflection of the right of self-determination of the Afghan people. As a matter of the fact, China recognized the Taliban regime on the very first day of its takeover. Some other states such as Russia, Pakistan and Iran are in the line to initiate an official dialogue with the Taliban.

It seems that the Taliban will continue to host radical groups targeting neighboring countries such as the Turkistan Islamic Party, the Haqqani Network and the Uzbekistan Islamic Party. Regional countries such as China, Russia, Iran, Pakistan and Uzbekistan expect reassurance from the Taliban that Afghanistan will not become an operational base for other radical groups.

At this point, the Taliban promise that they will not allow these groups to conduct abusive activities against regional countries, namely China, Russia and the Central Asian republics.

However, the Taliban will still face a dilemma in the near future. On the one hand, they need to improve their relations with China and Russia in order to balance the power and influence of the U.S. On the other hand, they have to continue their support for many radical violent non-state actors and terrorist groups for their ideological consistency.

Furthermore, Iran, known as the sole representative of the Shiite peoples in the region, and the Taliban, known for their strictly Salafi and strongly anti-Shiite ideology, will face difficulties in maintaining good relations. Iran and the Taliban have good relations for now. However, considering their conflicting ideological perspectives, it will be really difficult to overcome their differences.

For instance, when the Iranian government prohibited anti-Taliban protests in the country, the Afghan people living in Iran denounced the government’s decision, since the Shiite population suffered under the Taliban regime during the 1990s.

The Taliban insistently claim that they will limit their influence within Afghanistan. As soon as they took control of Kabul, they declared that their ultimate objective is establishing the Islamic Emirate within the country. In other words, unlike Daesh and al-Qaida, they do not have a universal claim. The Taliban claim to remain a nationalist and territorial organization.

All in all, the policies of the Taliban in the coming days will determine the policies of regional and global states toward Afghanistan. If the Taliban secure political stability and incorporate other ethnic groups and Shiite people, political recognition will be relatively easier, since non-Western countries such as China and Iran do not have pre-conditions in their relationship with other actors.

According to one of the first explanations made by Taliban officials, the Taliban have already invited engineers and doctors to contribute to the economic development of their country. It seems that the Taliban will follow an ideological policy in the domestic setting, but a pragmatic policy in their foreign relations. Considering the support from effective players in international politics, the world will have to learn how to live the Taliban reality.

In spite of these and some other positive expectation, the future of Afghanistan seems quite blurry. It will be very difficult to integrate different ethnic groups in the governance of the country, to control radical groups that have taken refuge in Afghanistan and to meet all the expectations of regional and global powers.