Biden stands 'squarely behind' decision to withdraw from Afghanistan 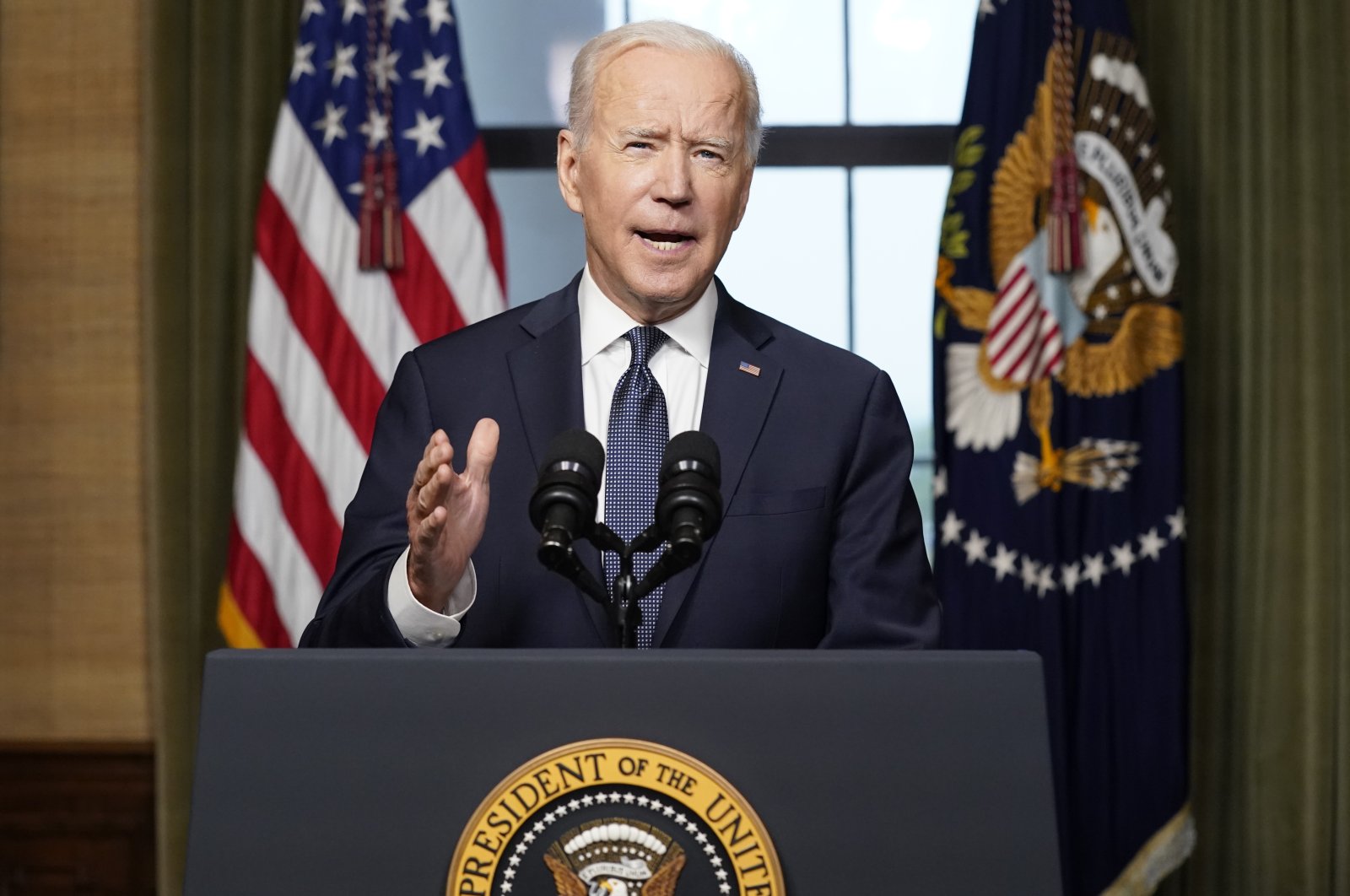 President Joe Biden speaks from the Treaty Room in the White House about the withdrawal of the remainder of U.S. troops from Afghanistan, in Washington, U.S., April 14, 2021. (AP Photo)
by Associated Press Aug 17, 2021 12:05 am
RECOMMENDED

U.S. President Joe Biden defended the American pullout from Afghanistan in a defiant tone Monday as he addressed the nation. He said that he stood "squarely behind" the decision to withdraw and that it was time to leave after 20 years, though he did concede that the Afghan government's collapse was quicker than anticipated.

Biden said he was faced with a choice between sticking to a previously negotiated agreement to withdraw U.S. troops this year or sending thousands more service members back into Afghanistan for a "third decade" of war.

Biden said he will not repeat mistakes of the past and did not regret his decision to proceed with the withdrawal.

"I stand squarely behind my decision," Biden said in a televised address to the nation from the White House East Room. "After 20 years, I've learned the hard way that there was never a good time to withdraw U.S. forces."

Biden described the images coming out of Afghanistan – especially at the airport in Kabul, where Afghans descended in hopes of fleeing the country – as "gut-wrenching." Video of Afghans clinging to a U.S. Air Force plane as it prepared to take off have circulated widely on the internet.

While he did not admit any U.S. fault in how the drawdown was executed, he did acknowledge that the Taliban takeover unfolded faster than had been anticipated.

About a month ago, Biden batted away the notion of a rapid Taliban takeover.

Biden said Monday the U.S. will continue to support the Afghan people, push for regional diplomacy and speak out for the rights of Afghans.

Senior U.S. military officials said the chaos at the airport in Kabul left seven people dead Monday, including some who fell from a departing American military transport jet. The officials spoke on condition of anonymity because they were not authorized to publicly discuss ongoing operations.

Afghans rushed onto the tarmac as thousands tried to escape after the Taliban seized power. Some clung to the side of a U.S. military plane before takeoff, in a widely shared video that captured the desperation as America's 20-year war comes to a chaotic end.

Another video showed the Afghans falling as the plane gained altitude over Kabul. U.S. troops resorted to firing warning shots and using helicopters to clear a path for transport aircraft.

The Pentagon confirmed Monday that U.S. forces shot and killed two individuals it said were armed, as Biden ordered another battalion of troops – about 1,000 – to secure the airfield, which was closed to arrivals and departures for hours Monday because of civilians on the runway.

The speed of the Afghan government's collapse and the ensuing chaos posed the most serious test of Biden as commander in chief, and he came under withering criticism from Republicans who said he had failed.

Biden expressed confidence in his decision to proceed with the withdrawal and said he was prepared to take the heat.

He said he was "deeply saddened by the facts we now face, but I do not regret my decision."

Biden campaigned as a seasoned expert in international relations and has spent months downplaying the prospect of an ascendant Taliban while arguing that Americans of all political persuasions have tired of a 20-year war, a conflict that demonstrated the limits of money and military might to force a Western-style democracy on a society not ready or willing to embrace it.