Turkey and the 3 elections in the region 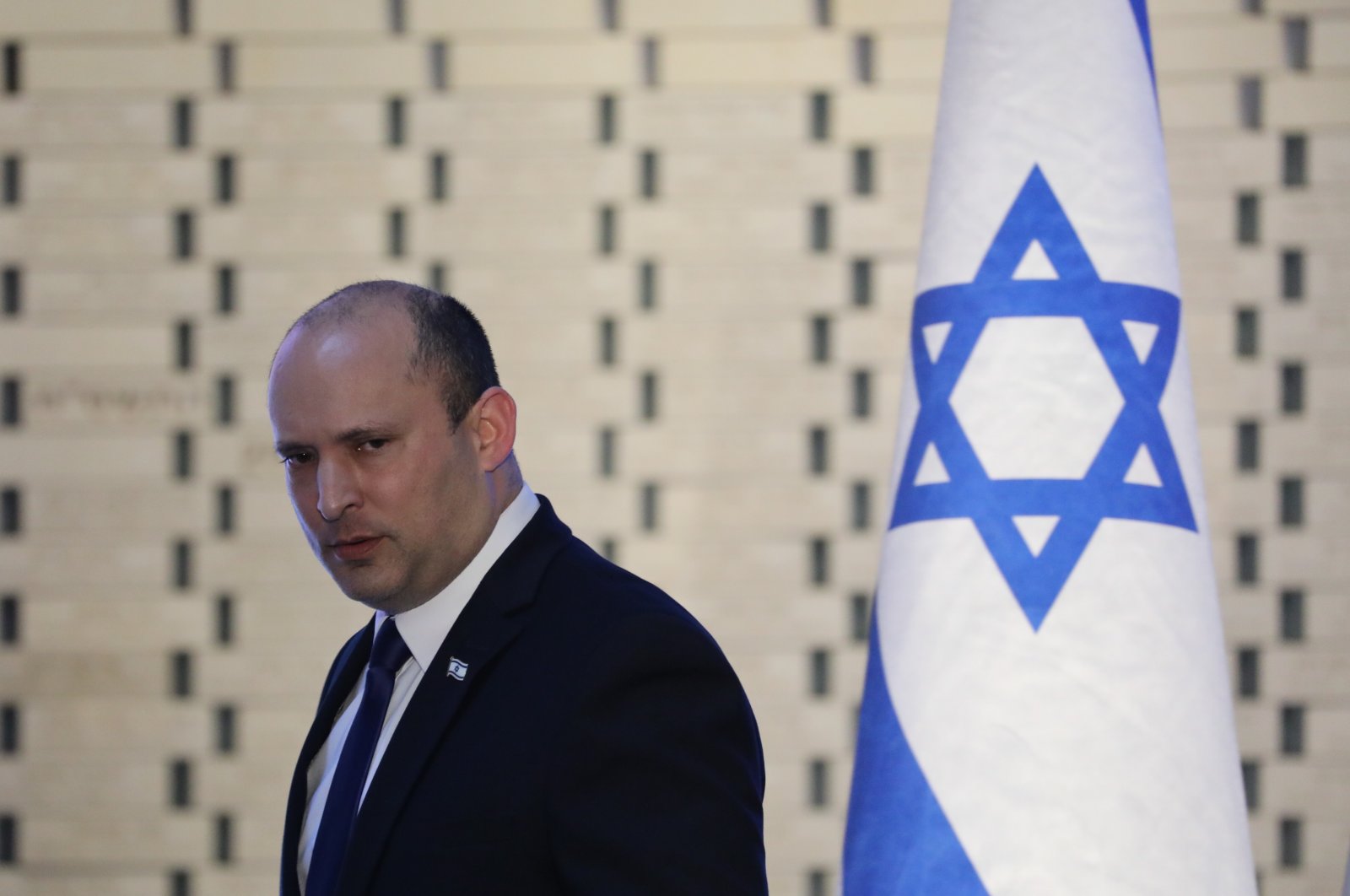 Israeli Prime Minister Naftali Bennett speaks during a memorial ceremony for Israeli soldiers who fell in battle during the 2014 Gaza War, at the Hall of Remembrance of Mount Herzl Military Cemetery in western Jerusalem, Israel, June 20, 2021. (EPA Photo)
by Burhanettin Duran Jun 23, 2021 12:05 am

The recent votes in Israel, Armenia and Iran have affected both the region and those countries' relations with Turkey. In particular, Tel Aviv's new Prime Minister Bennett's discriminatory statements and Tehran's new President Raisi's conservative attitude are on the agenda

In Iran, the presidential election, in which moderates and reformists were prevented from contesting, took place on June 18, resulting in a victory for Ebrahim Raisi – a conservative figure.

Still, no one knows how those developments affect the region’s future and Turkey’s relations with those countries.

It was noteworthy that the United States administration played an active role in the formation of Israel’s new government. Curiously enough, a coalition agreement, which excluded Netanyahu, became possible shortly after U.S. Secretary of State Antony Blinken’s visit.

Bennett, who will govern for the first two years, is known for his proximity to settlers and his nationalist and far-right views. Obviously, it remains unclear whether the coalition government, which includes the Israeli-Arab Ra’am party and leftists, can last and how the partners will manage their ideological differences.

For the record, hardly anyone expects Bennett to differ from his predecessors on Jerusalem, the settlers or the West Bank. Indeed, the eviction of Palestinians from their homes in Silwan, a predominantly Arab neighborhood in East Jerusalem, may trigger yet another crisis. Still, Israel’s new prime minister entered office without the baggage that Netanyahu accumulated over the past 12 years.

Will Bennett’s novelty create an opportunity for normalization between Ankara and Tel Aviv? The answer depends on his government’s approach to the question of Jerusalem and the Palestinians. Needless to say, any attempt to remove additional Palestinians from their homes stands to hinder normalization efforts.

It is no secret that U.S. President Joe Biden’s administration intends to ease international pressure on Iran. Tehran’s regional influence will grow at Tel Aviv’s expense if Iranian diplomats manage to conclude a new nuclear deal, despite a conservative president-elect.

Another important point is that the Gulf states have responded to Washington’s partial withdrawal from the region by launching normalization talks with Iran.

The conservatives may have scored a victory in Tehran, but the fact that only seven out of 592 candidates were permitted to contest the election alienated Iranian voters and resulted in a 48% turnout.

Needless to say, Raisi, who was Iran’s chief justice, enjoys Supreme Leader Ali Khamenei’s support and, unlike his predecessor, won’t have to deal with resistance from the Islamic Consultative Assembly. The fact that conservatives have control of the executive, legislative and judicial branches will restore stability in Iranian politics.

Yet the incoming conservative president will nonetheless find it difficult to manage thorny issues like the nuclear deal and normalization with Gulf states.

Raisi, who is on the U.S. and the European Union sanctions list, faces criticism over his alleged involvement in the mass executions of 1988. In this regard, he lacks the credentials to address the United States or Europe. Indeed, doubling down on nuclear power, Shiite militias and expansionism would only serve to weaken Tehran’s hand.

It is no secret that the bilateral relationship between Ankara and Tehran swings between cooperation and competition.

In recent years, the Astana process, together with the aggressive policies of Saudi Arabia and the United Arab Emirates (UAE), as embodied by the Qatar blockade, pushed those two countries closer together.

Yet the Iranians are unhappy with Turkey’s growing influence over the Caucasus as a result of its support for Azerbaijan in the 2020 Nagorno-Karabakh war. Again, Turkey’s pursuit of normalization with Egypt, Saudi Arabia, the UAE and Israel are often seen as attempts to counter Iran.

The Iranian leadership, which intended to de-escalate tensions with the Gulf, made things somewhat harder for itself in regional politics by getting a conservative candidate elected president over domestic considerations.

I do not believe that Raisi’s administration – which faces an uphill battle for influence in Washington, Brussels and the Gulf – will be eager to quarrel with Ankara. That’s why anyone who expects some radical changes in the balance of power between the two countries stands to be wrong.

Last but not least, Pashinian’s victory in Armenia’s early elections suggests that the country will remain a battleground between the West and Russia.

Could the incumbent, who won the election despite his defeat in Nagorno-Karabakh, normalize his country’s relations with Azerbaijan and Turkey? The Turkish leadership promises more trade, an opening and Armenia’s inclusion in a six-party platform in return for Yerevan signing a peace treaty with Baku. It remains to be seen how things will play out.