After Netanyahu, a fresh start between Turkey, Israel? 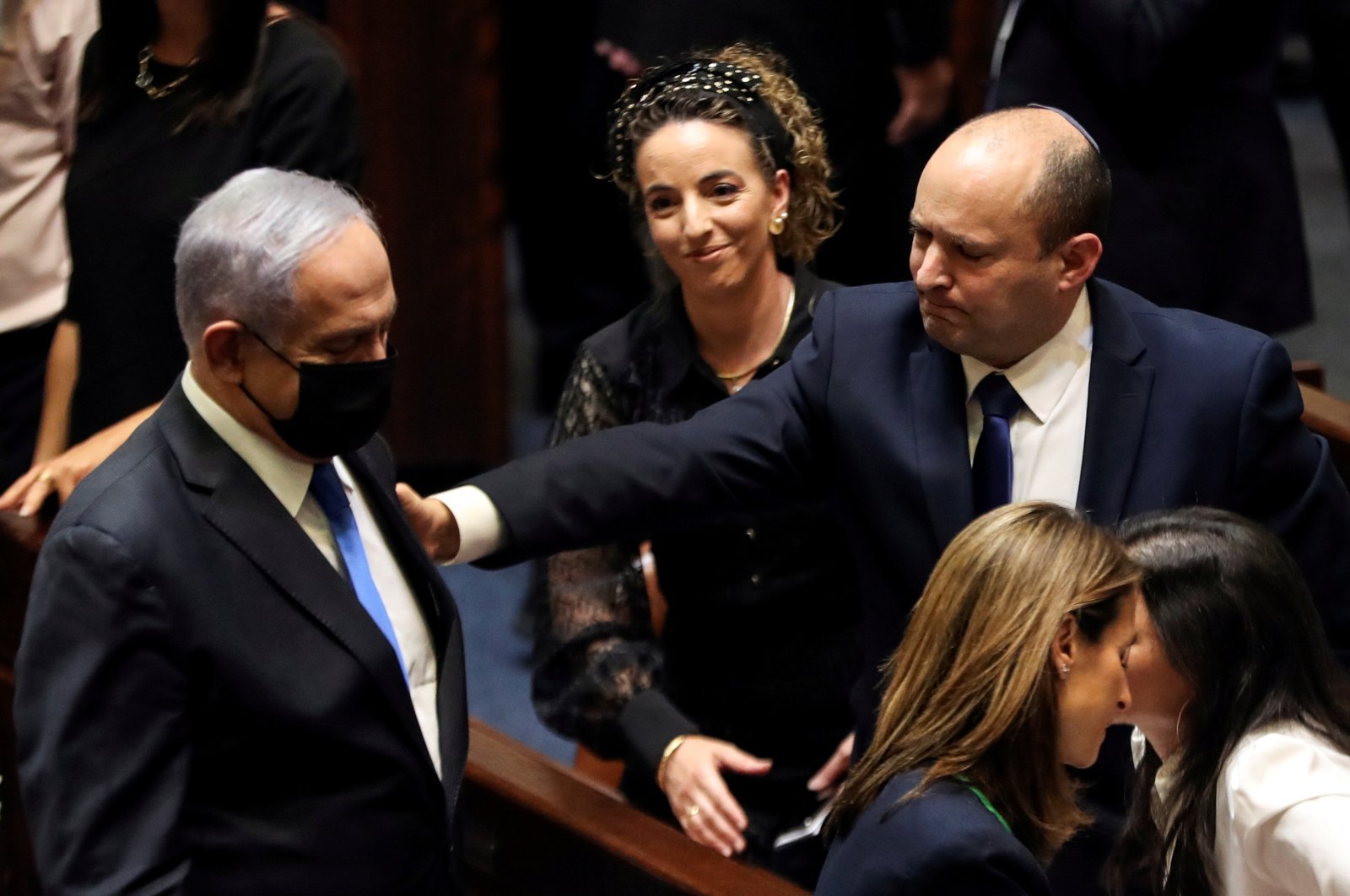 Israeli Prime Minister Benjamin Netanyahu’s 12-year reign in Israel has officially ended. The country will be governed by a coalition of eight political parties, led by Naftali Bennett. The coalition government also includes the United Arab List, Raam, which represents the Palestinian Arabs.

Netanyahu’s aggressive policy, along with Turkey’s deep distrust of the former Israeli prime minister, was among the most significant obstacles before normalization. Hence the question about where the Turkey-Israel relationship will go in the post-Netanyahu period – which I will attempt to answer today.

The bilateral relationship had always been on the edge due to Israel’s aggressive policy toward Palestine. Turks from all political backgrounds overwhelmingly take issue with Israeli crimes in Palestine.

Turkey’s policy has always reflected that concern, no matter who was in power. Let us recall that the late, left-leaning Bülent Ecevit, the former prime minister, accused Israel of committing genocide in Palestine 20 years ago.

At the time, many people found Ecevit’s remarks about Israel, a country with strong ties to Turkey’s military bureaucracy, simply shocking. Similar tensions prevailed throughout the Justice and Development Party's (AK Party) rule.

Yet the current tensions date back to Israel’s 2008-2009 assaults on Gaza. The bilateral relationship has been troubled since that period. Recep Tayyip Erdoğan, who was prime minister at the time, had an argument with his Israeli counterpart, Ehud Olmert, in January 2009 in Davos.

That argument led to a diplomatic crisis, which Israel’s foreign minister sparked by seating the Turkish ambassador on a lower chain in January 2010.

It is possible to argue that the time between 2008 and 2010 was the most challenging period in Turkey-Israel relations.

What followed was a period when regional circumstances changed and compelled both nations to enter negotiations.

From 2011 on, Syria quickly destabilized – which represented a major security concern for Turkey and Israel.

Around the same time, Iran strengthened its influence over Syria – which was bad for Israel.

Another strategic loss for Israel was the demise of Egyptian President Hosni Mubarak and the ascent of Mohammed Morsi, a devout Muslim, to the Egyptian presidency.

In light of those developments, Israel decided to enter into talks with Turkey.

The first step toward normalization was taken on March 22, 2013, with the help of United States President Barack Obama, who facilitated a phone call between Erdoğan and Netanyahu.

The Israeli prime minister apologized for the Mavi Marmara raid and pledged to compensate the victims’ families. That normalization attempt ultimately failed for two reasons: On the regional level, certain developments took place that enabled Israel to recover from its strategic setbacks.

A military coup took place in Egypt in July 2013, bringing Egypt back under Israeli control.

Secondly, Turkey was shaken by the Gezi Park protests in May 2013 – which encouraged Netanyahu to wait and see.

At the time, my sources suggested that Israel believed the riots were capable of taking down the Turkish government. “That’s why they placed the normalization process on hold," they explained. Netanyahu thought that he could have a stronger position in negotiations without Erdoğan. In the end, Netanyahu was proven wrong.

Yet the Israeli prime minister got a second chance when Donald Trump became president in the United States. The American leader’s successful attempt to recognize Jerusalem as the capital of Israel and to coerce the Gulf states into siding with Israel against Iran, broke Israel’s isolation and created more favorable circumstances for Tel Aviv in the region.

As such, Israel spent that time to drive up Turkey’s operating costs and ensure that Ankara suffered strategic setbacks.

Nowadays, a new sea of change is taking place in regional geopolitics. Donald Trump’s defeat and Joe Biden’s victory represented a major loss for Israel and the Gulf states.

That’s because the new U.S. president won’t sign off on any policy that Israel happens to devise. The Gulf states, too, suffered the negative consequences of the changing of the guard.

Hence the launch of a normalization process with adversaries. In response to that development, a rapprochement began between Egypt and Turkey, as the United States forced Saudi Arabia to slow down its military operations in Yemen.

Last but not least, the Biden administration attempted to launch a fresh round of talks with Iran.

Turkey, which experienced tensions with multiple countries in the Eastern Mediterranean, also saw an opportunity to normalize its relations and to promote a positive agenda.

Needless to say, those developments were bound to make a positive impact on Turkey-Israel relations.

At the very least, they created an expectation to that effect. In the background, the two countries announced that they were going to appoint ambassadors.

Yet the supposedly quiet process hit a dead end due to Netanyahu’s aggressive policies. In an attempt to strengthen his hand in coalition talks, the former prime minister fueled chaos in Jerusalem and attacked Gaza.

Netanyahu’s final move did not yield results and Israel ended up with a new government.

The question now is what that means for the future of Turkey-Israel relations.

I interviewed Turkey’s foreign minister, Mevlüt Çavuşoğlu, last week and pressed him on that issue. Çavuşoğlu said that he cared more about Israel’s ability to meet Turkey’s expectations (and the expectations of the international community) than who was in charge.

He added that “Israel must abandon its aggressive policy” for the bilateral relationship to get back to normal. We will have to wait and see what specifically will happen.