Turkey is the only hope for people of Afghanistan 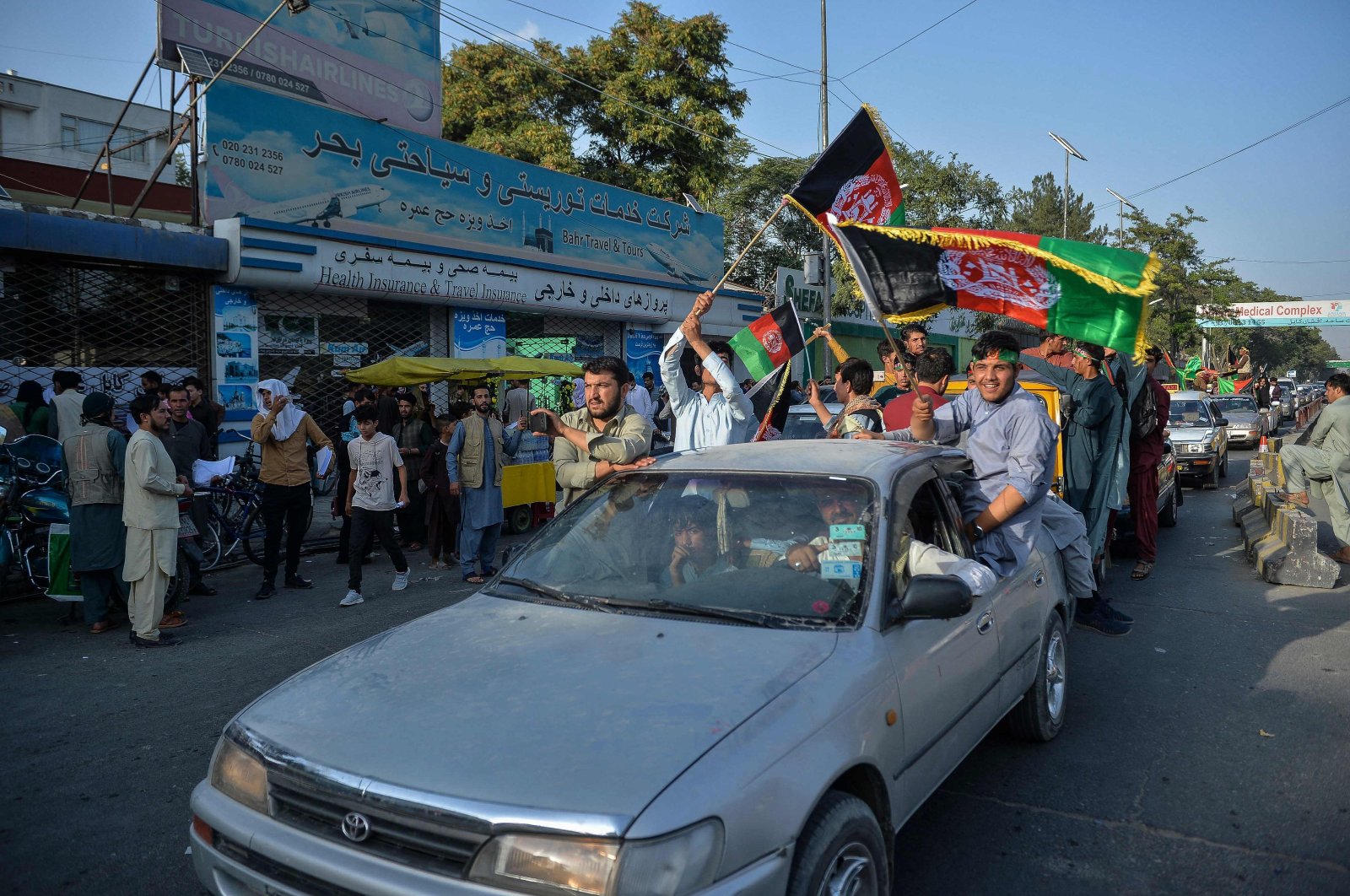 People carry Afghanistan's national flag on the occasion of the 102th Independence Day of the country amid the Taliban's military takeover, in the Wazi Akbar khan area of Kabul, Afghanistan, Aug. 19, 2021. (Photo by Hoshang Hashimi via AFP)
by Ihsan Aktaş Aug 20, 2021 9:41 pm

Due to its historical connection with the region and peaceful approach, Turkey is the only country that can prevent a civil war in Afghanistan

Turks have a thousand-year history with the Indian subcontinent, Pakistan and Afghanistan. India in particular was ruled by Turks for hundreds of years. Until the British colonized India, Mamluks predominated in the country. The Urdu language, which contains many words from Arabic and Turkic origins, is known in India as the language of the army (in Turkish “ordu”).

From Transoxiana and Central Asia to the Balkans and the Middle East, Turks spread culture, civilization, architecture, art, craft and science for the last millennium. Therefore, Turkey has deep-rooted relations with the countries of these regions. Its historical and sociological ties with these nations provide an invaluable advantage to Turkey in terms of its soft power in the international arena.

As the United States withdraws from Afghanistan, the Taliban have rapidly become the rulers of the country. Even though the international media portray the Taliban in an extremely negative light, they are sending moderate messages for the moment.

In terms of foreign affairs, Turkey has to act upon the domestic reality of each country. Although the Turkish army has been in Afghanistan as a member of NATO, Afghans have never resented Turkey’s military presence in their country. Unlike the U.S. and the European powers, Turkey has not been treated as an occupying power by the Afghan people.

Turkey’s policy in Afghanistan aims at protecting the unity and integrity of the country, ensuring its security and stability, restoring its peace and prosperity, and strengthening the processes of democratic representation by eliminating terrorist groups and extremist movements.

In line with these goals, Turkey strives to make comprehensive contributions to Afghanistan through its bilateral relations with the country and its efforts in NATO and the U.N. Turkey has been concerned that political instability, civil war and terrorism in Afghanistan would adversely affect the stability of the region as a whole.

Since the Russian invasion of Afghanistan in 1979, political instability has predominated in the country. Even though state formation is extremely difficult in such a country, a new state emerges in

Afghanistan with the withdrawal of the U.S. In this critical condition, Turkey has the potential to become a mediator between the new Afghan state and Western powers.

Thanks to its diplomatic competence and sociological and historical ties with the country, Turkey could meticulously organize Afghanistan’s relations with its allies in NATO. Due to its strong state tradition, Turkey could also assist the Afghan people in the process of state formation by providing its expertise on security and administration.

As one of the leading countries of the Islamic world, Turkey has been open to any kind of cooperation with the countries of the region. Mainly relying on its soft power in international politics, Turkey seeks regional stability and peace as a trading country.

Therefore, Turkey has the capacity to prevent the eruption of a civil war in Afghanistan. Moreover, Turkey is willing to take on any responsibility to contribute to the consolidation of political stability in the region as a whole.