What does the Afghan crisis mean for Turkey? 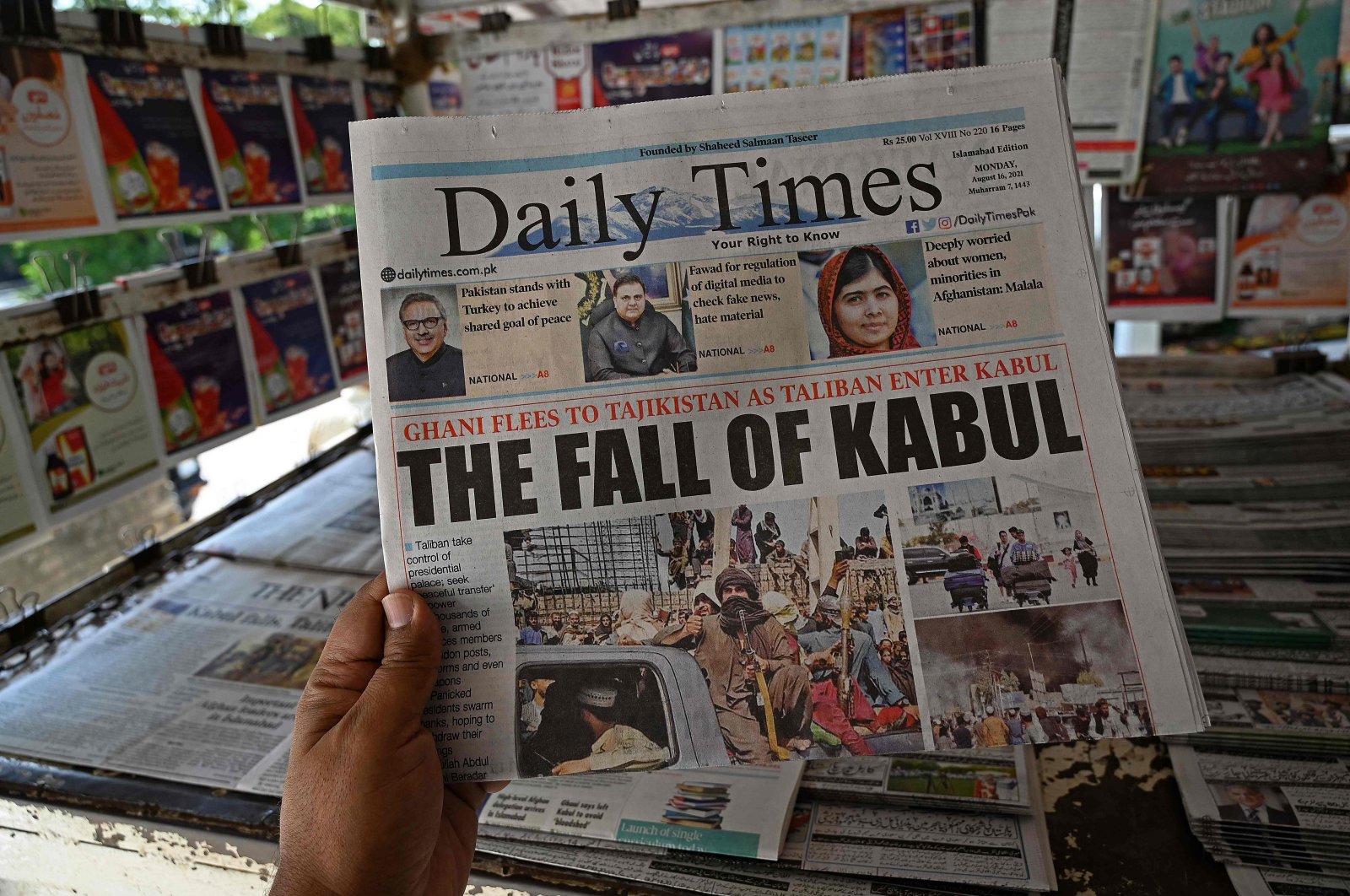 Turkey is determined to intervene to prevent civil war in Afghanistan as the Taliban fills the void left by the U.S. troop withdrawal

The Taliban advanced toward Kabul more quickly than expected. By Sunday, the group has taken control of the presidential palace in Kabul.

Afghan President Ashraf Ghani said Sunday that the Taliban had won, as the militants entered Kabul. Ghani left as the insurgents closed in on the capital, before ultimately entering the city and taking over the presidential palace, sealing a nationwide military victory in just 10 days.

U.S. President Joe Biden's administration paved the way for the Taliban’s progress, which already displaced hundreds of thousands of people. Yet it was former President Barack Obama, back in 2011, that originally signaled Washington’s intention to retreat, by saying that the Taliban were not the enemy. In the end, Biden implemented a plan to withdraw from Afghanistan that his predecessor, Donald Trump, had drawn out.

Washington’s most serious mistake was to retreat without putting in place a political transition process at the Doha talks between Afghanistan’s government and the Taliban. That mistake will be the subject of many books in the U.S. American scholars can now tell the story of their country, which failed in its attempts to “rebuild” and “democratize” Iraq and Afghanistan. The Biden administration, in turn, can concentrate on the virtual "summit for democracy," which will take place in December.

Yet the situation is far grimmer for the countries that the Afghan crisis stands to impact: Turkmenistan, Uzbekistan, Tajikistan, Russia, China, India, Pakistan, Iran and, finally, Turkey. That is why the emerging geopolitical void and the resulting power struggle, stemming from the U.S. withdrawal, will be a critical issue down the road.

The issues, which require attention, include competition between Russia and China as well as India and Pakistan, the Belt and Road route’s safety, the status of the Uyghurs, future refugee waves, the new state of drug trafficking and the direct and indirect security problems that the Taliban will create for Central Asia.

To fill that vacuum, Russia has been promoting military cooperation with Tajikistan and Uzbekistan. India is concerned about Pakistan’s growing power. China is worried about any impact on the Uyghurs. Iran, in turn, seeks to benefit from the chaos.

As the new crisis in Afghanistan deepens, Turkey faces criticism for controlling Kabul Hamid Karzai International Airport. Ankara, which set forth certain conditions, receives calls to withdraw from the country from certain stakeholders that question whether Turkey’s noncombatant role is compatible with its national interests.

President Recep Tayyip Erdoğan, in turn, insists on getting involved in the equation in Afghanistan, offering to speak with Taliban representatives if necessary.

First and foremost, Turkey does not (and will not) have the sufficient military commitment to involve itself in a potential civil war in Afghanistan. The Turks, who have cordial relations with all parties, including the Taliban, do not intend to engage in combat.

As such, they look for ways to carry out their mission in Kabul within this framework. Specifically, Turkey wants to make a diplomatic contribution to preventing civil war after the U.S. withdrawal. From Ankara’s perspective, that position is a reflection of the historical ties between Turks and Afghans.

Since Taliban take over the country, in violation of the Doha talks, Afghanistan seems to be isolated from the rest of the world. The European Union already pledged to cut financial aid under those circumstances.

Ankara intends to create the necessary conditions for its noncombatant troops to control the Kabul airport in both cases. It maintains that financial and logistical support are key to accomplishing that mission. At the same time, there is an ongoing attempt to persuade the Taliban. In this regard, Turkey wants to become a trusted mediator and a stabilizing force.

It is true that the U.S. has repositioned itself in the Middle East by retreating from Afghanistan. The balance of power in Central Asia, too, is experiencing certain changes.

Indeed, if Turkey seeks to play an active role in Central Asian politics, it must be part of the equilibrium in Afghanistan. Moreover, the Turks already know about the benefits of playing an active role in times like these.

The country operates in Iraq, Syria, Libya, Nagorno-Karabakh and Afghanistan. Turkey cannot assume responsibility for the situation in Afghanistan, but it cannot run away from the crisis either. Given that the Afghan refugees are already on the way, the most sensible course of action is to play a role in managing the looming crisis.