Turkey: West accepts the inevitable, what about Putin? 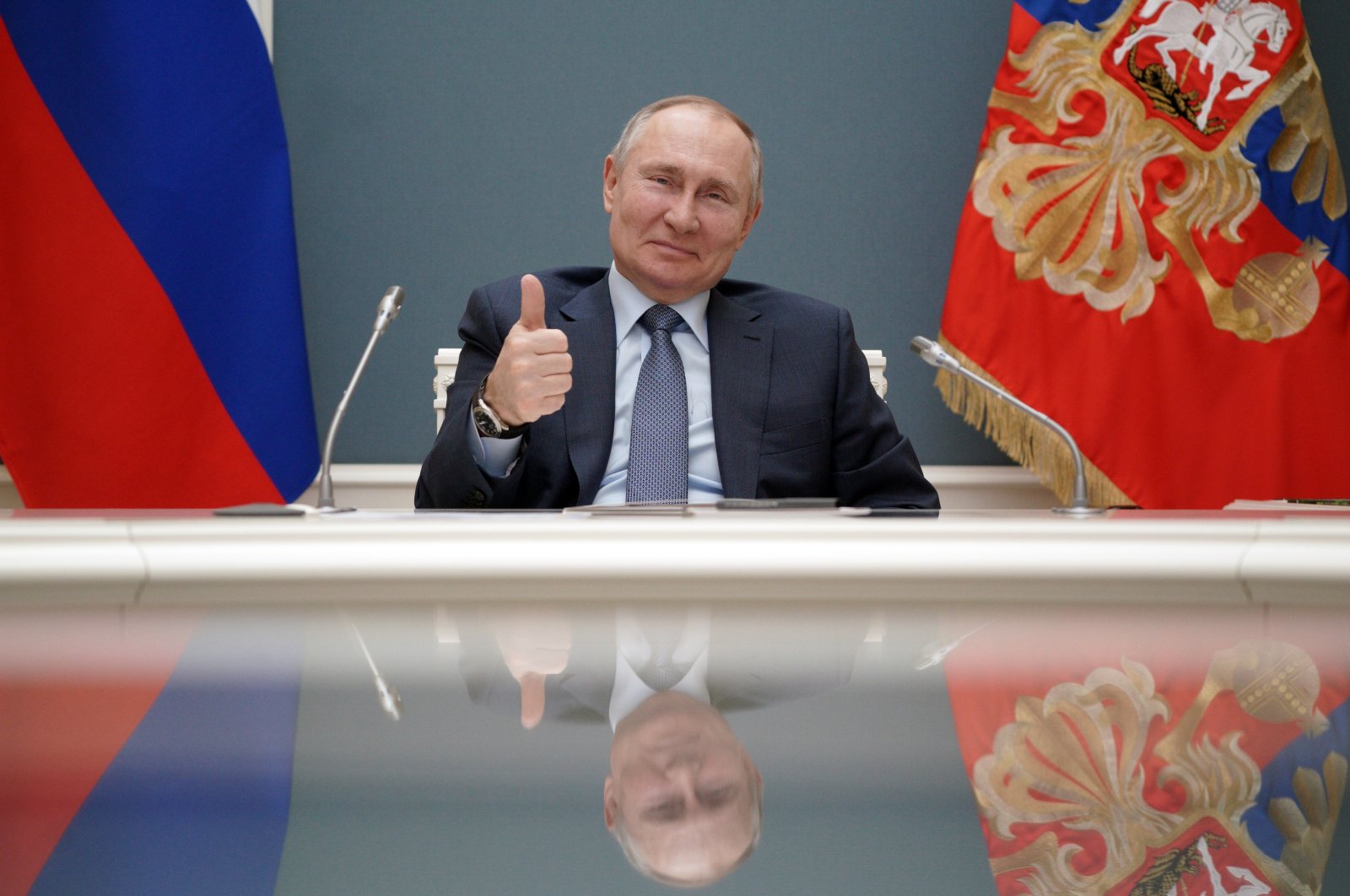 Russia's President Vladimir Putin takes part in a ceremony to launch the construction of the third power unit of the Akkuyu Nuclear Power Plant in Mersin province, southern Turkey, March 10, 2021. (Photo by Getty Images)
by Melih Altınok Apr 08, 2021 12:05 am
RECOMMENDED

The olive branch given by the EU to Turkey has five main leaves:

While all of the headlines are crucial topics, they were remarkably stated at a time of systematic dissemination of disaster scenarios for Turkey-EU relations.

This move toward Turkey, which is located in the critically important southeast border of NATO and the EU, came at a time when Russia and China intensify the struggle for influence in the region.

Although it was expected that the new U.S. administration would push Turkey toward the Russia-China front, the Western front clarified that they would not make such a mistake and underlined that Turkey is an indispensable partner.

Likewise, it is worth underlining U.S. Secretary of State Antony Blinken’s statements at a press conference with NATO Secretary-General Jens Stoltenberg in Brussels: "I believe having Turkey in NATO is particularly for the benefit of us."

In the game of energy chess in the Eastern Mediterranean, the synchronized moves of Turkey, Israel and Egypt are not to be ignored.

Well, what is Russia doing at the end of the spectrum?

The Kremlin is currently sending more troops over Ukraine and strengthening the Russian buildup in Crimea.

Although Russian newspapers claim the Ukrainian government is impressed by Azerbaijan’s success in the Nagorno-Karabakh conflict and that it is prepared to initiate a war relying on Turkish drones – the hero in the Karabakh war – it is obvious that Russian President Vladimir Putin also has long-term targets.

Putin, who coolly welcomed U.S. President Joe Biden’s overtly threatening “killer” remark, has a real poker face. Now he is retaliating against Biden by reheating the 2014 hybrid war over Ukraine.

However, Putin’s show of strength happens to be simple compared with the U.S.' shrewd moves such as siding with Turkey when confronted with Russia.

The Kremlin has not even reached a functional Syria agreement with Ankara, unlike their cooperation in the energy and defense fields.

Moreover, Putin deliberately does not remove the obstacles generated by Iran over the case nor does he inhibit criminal gangs like the PKK/YPG, which he allowed to open a representative in Moscow.

Meanwhile, I wonder which Russian ministry’s idea it was to publish news with the title “Ursula von der Leyen was left standing during Erdoğan’s welcoming of EU leaders” at the Russian state-dependent website Sputnik broadcasting in Turkey.