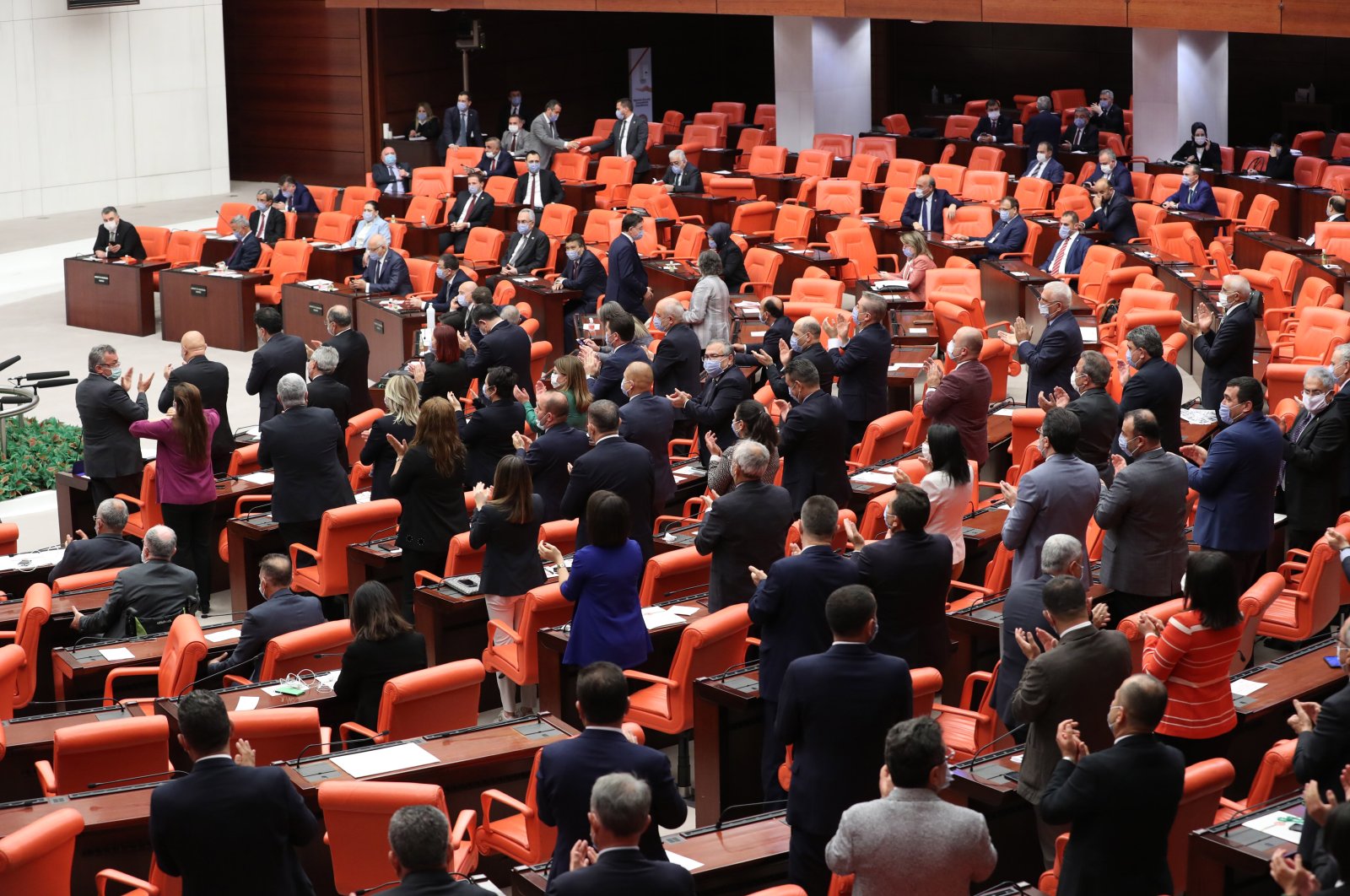 CHP managed to turn the opposition into a bloc in the 2019 local elections. But as the 2023 polls approach, it is getting progressively harder to hold that bloc together

The opposition, which has not been able to overthrow the ruling Justice and Development Party (AK Party) government for 19 years in Turkey, is pinning its hopes on the 2023 elections.

The opposition's only chance against President and AK Party Chair Recep Tayyip Erdoğan, who established the People's Alliance with the Nationalist Movement Party (MHP), is the bloc alliance.

In the 2019 local elections, the main opposition Republican People's Party (CHP) formed the "Nation Alliance" with the Good Party (IP), which broke away from the MHP and won the votes of urban nationalists who enjoy a partially secular lifestyle.

The Peoples' Democratic Party (HDP), which serves as the legal wing of the PKK terrorist organization, also implicitly supported this coalition. The opposition achieved success for the first time thanks to the HDP, which did not nominate candidates in big cities like Istanbul, Ankara and Izmir, and instead directed its voters to the Nation Alliance.

The HDP, which played a key role in this strategy that yielded results in local elections, is questioning its gains these days.

And they are right... They could not even openly declare that they were a component of the Nation Alliance, as doing so may have frightened CHP's nationalist base and the IP's nationalist voters. Although HDP accepted this humiliating situation, which it would have difficulty in explaining to its own base, it did not benefit from it other than a few minor appointments in the municipalities.

Moreover, on the horizon, the danger of completely losing the "trust votes" directed by the CHP to their candidates looms. For example, Ekrem Imamoğlu, the mayor of Istanbul Metropolitan Municipality, one of the Nation Alliance's possible candidates in 2023, has politicized the electorate he "met" in 2019.

These developments raise concerns in HDP circles that the party will dissolve into the CHP, as it did in the 1990s. Now, with all eyes are on them in the 2023 elections, they have made it clear that they will not be as self-contained as they were in 2019.

CHP-HDP dispute on the way

The objections of the HDP front after CHP head Kemal Kılıçdaroğlu asked the HDP for a solution to the "Kurdish problem" are clear indicators of this discomfort. HDP's former co-leader Sezai Temelli signaled that the "solution" is Abdullah Öcalan, the founding leader of the PKK, who is imprisoned on the island of Imrali, and also signaled that it will be no easy feat.

Although the statements of Temelli, which have come to the fore on Turkey's agenda, are trying to be softened, it is clear that HDP is preparing the ground to obtain bigger concessions in return for its support to the Nation Alliance in the 2023 elections. HDP both sees the lay of the land and delivers the message "we are here."

As the selection process heats up, it is not hard to fathom that a further tightening of the screws is to come.

It is unclear to what extent it will be able to force the electorate, the main vein of the CHP, to accept the extent of the relationship with the Kurdish separatists and their extreme demands. After all, the problem is not just that.

Another issue is that the IP, which has increased its votes in the polls by riding the rising racist wave in response to Syrian refugees, tells the electorate what is going on in its relationship with HDP.

Because, Öcalan's name is alone enough for the "emotional voters," who have decided to support the IP just because of its anti-refugee policy, to get confused.

Why should the IP, which strengthens its hand against the CHP, the captain in the Nation Alliance, risk demonstrating such an attitude in favor of the HDP when it will jeopardize the positive trend?

Yes, Kılıçdaroğlu, who undertook the task of organizing the opposition as a bloc to oppose his strong rival Erdoğan, has a difficult task.

Moreover, the conditions of the 2023 presidential elections are different from the 2019 local elections, where the bloc tactic returned some tangible gains. This time, it will not be its representatives on the stage, but Erdoğan himself, who has repeatedly managed to win the votes of the electorate across the board.