Turkey's message to PKK with strike near Iran border 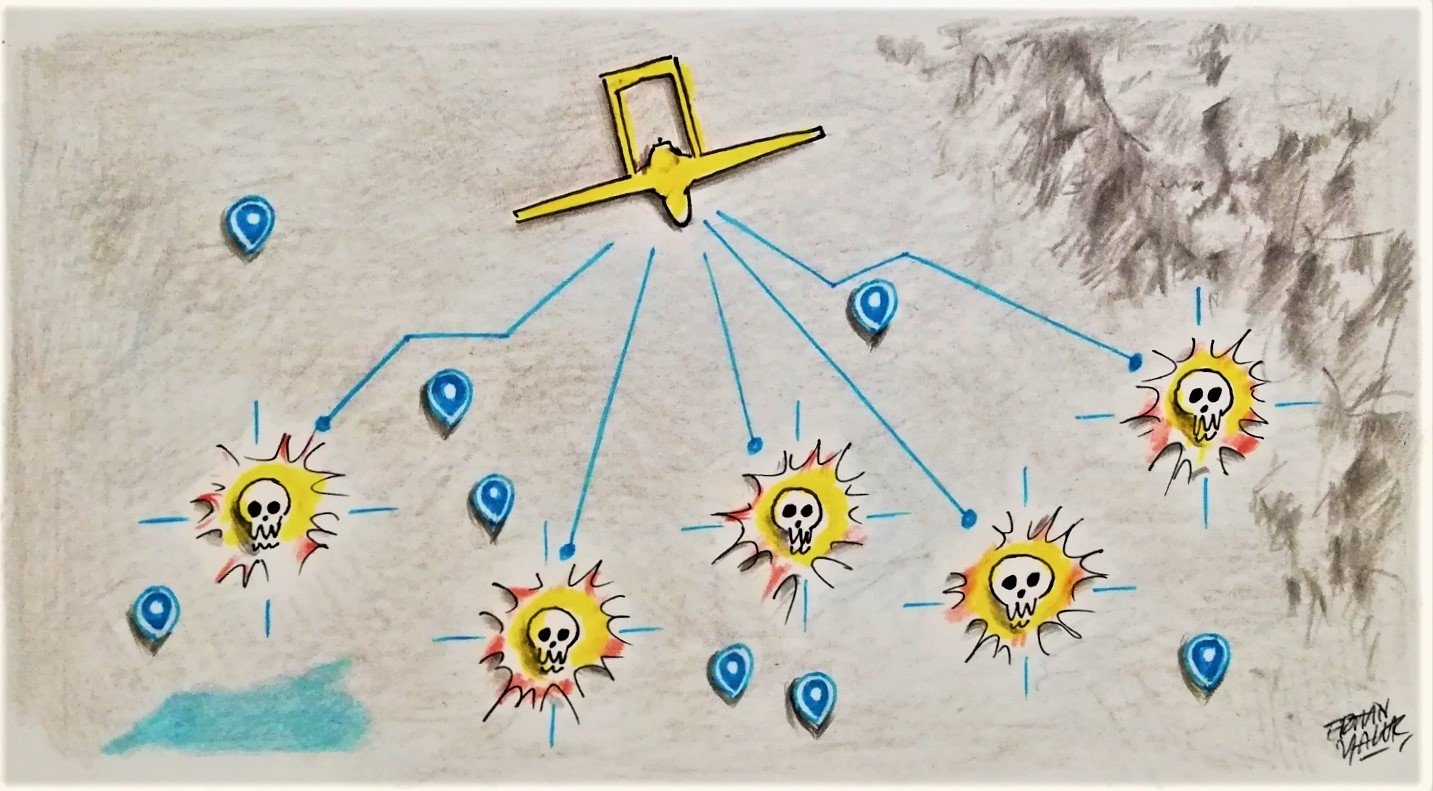 Turkey's recent operations continue to target the PKK terrorist organization. The killing of a senior operative of the PKK and Turkey's airstrike on Sulaymaniyah deserve our attention

The target, Ulaş Doğan, who went by the code-name Ulaş Dersim, was on Turkey’s most-wanted list. According to those reports, the National Intelligence Organization (MIT) obtained credible information that Doğan was plotting “a sensational attack” on Turkish citizens in northern Iraq. The airstrike, which took place in the city of Sulaymaniyah, was carried out by an armed drone.

That short news story contains plenty of important information. I will therefore attempt to deconstruct it today.

A few years ago, Turkey overhauled its counterterrorism strategy, prioritizing the removal of PKK-affiliated elements from Turkish cities and the countryside. A series of security operations, which took place in 2015 and 2016, largely served that purpose. Yet the group remained present in Iraq and Syria.

In response to that challenge, Turkey carried out simultaneous operations in those countries, over a long period of time, and set up buffer zones to prevent PKK operatives from crossing the Turkish border and carrying out terrorist attacks.

At this third stage, Turkey regularly targets senior PKK members in Iraq and Syria. Those individuals are identified and located by the Turkish intelligence before being eliminated in joint operations by MIT and the Turkish Armed Forces (TSK).

At the same time, the Turkish government has pressured Iraq’s central government in Baghdad, along with the Kurdish authorities in Irbil, to remove the PKK from terrorist strongholds like Sinjar and Mahkmur.

Doğan was the most recent target of that campaign, but there were others before him. Over the past two months, Turkey successfully killed senior PKK commanders such as Sofi Nurettin, Selam Bozkır and Hasan Adır. Those assassinations delivered an unmistakable message – that Turkey, going forward, will directly target the PKK’s senior leaders.

Let me add that there is another, independent, attempt underway to encourage lower-ranking PKK militants to defect. A group of Kurdish and Turkish women, whose children have been misled to join the terrorists, have been protesting for months – a civilian initiative that resulted in an uptick in the number of surrenders.

Another significant piece of information about Turkey’s latest airstrike, which could be found in the above news story, was that it took place in Sulaymaniyah.

That city is important for two reasons: First, it is quite far from the Turkish border – some 190 kilometers, or 118 miles. The fact that Turkey carried out a successful airstrike in that area suggests that its operational capabilities have improved. Similar surgical strikes had taken place in places like Sinjar and Makhmur in the past.

Turkey conducts military operations in such remote places in two ways. In certain cases, intelligence operators identify targets that unarmed drones track until fighter jets can take them out in a suitable location and at a suitable time. Other times, armed drones track and eliminate their targets directly.

An important point is that the use of armed and unarmed drones in counterterrorism operations effectively eliminates the risk of civilian casualties.

According to a senior security official, Turkey recently called off a drone strike against another senior PKK operative due to the proximity of villagers. That individual was able to flee as a result.

We are also hearing that a next-generation armed drone, called Akıncı, will be added to the TSK inventory in the coming weeks.

The location of Turkey’s latest counterterrorism operations was also important for the following reason: Although Sulaymaniyah is located in Iraq’s autonomous Kurdish region, it has been controlled by parties that operate independently of Irbil.

The PKK, among other groups, has been quite influential in that area. Let us recall past attempts to abduct Turkish officials in Sulaymaniyah, which is close to the Iranian border.

As such, Turkish airstrikes in that city (just like earlier operations in Sinjar and Makhmur) signal to PKK operatives that they may not be as safe in those perceived comfort zones as they think.