United States steps away from fighting with Russia 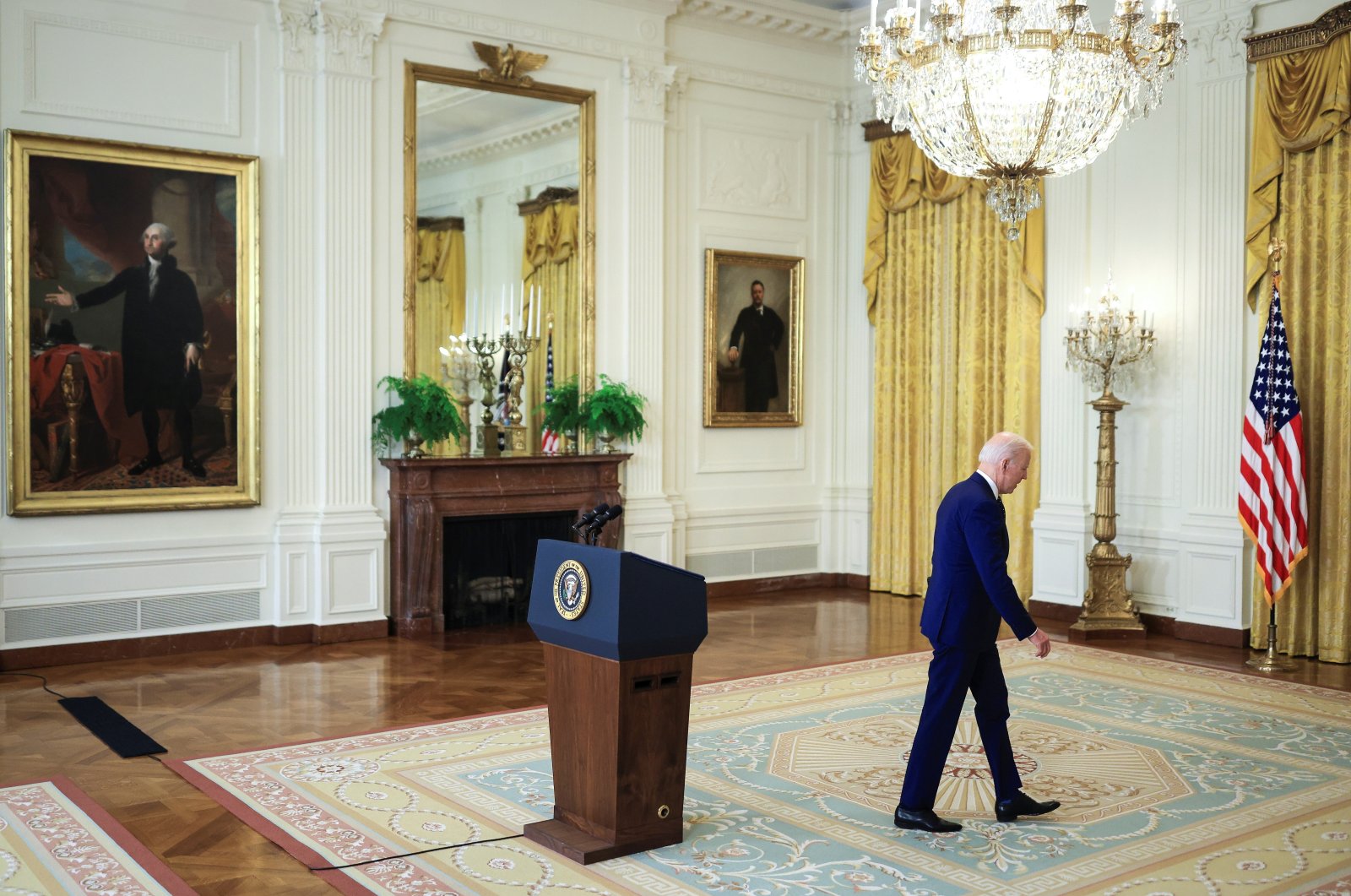 Last week, one of the most heated discussions in international relations was the escalating Russian-Ukrainian conflict, following Russia’s massing troops in Crimea and toward the eastern Ukraine border. After the Pentagon announced a $125 million military aid package for Ukraine, the United States and its NATO allies declared “unwavering” support for Ukraine, while the U.S. deployed warships to the Mediterranean.

In Turkey, some commentators connected the “declaration” signed by some retired navy admirals about the Montreux Convention with the escalating tension between Russia and NATO. Declaring that Turkey has not changed its position on the Montreux Convention, President Recep Tayyip Erdoğan put an end to these controversies.

Amid debates about a prospective Russian-Ukrainian war, Turkey engaged in shuttle diplomacy with Ukraine and Russia. One day before the visit of Ukrainian President Volodymyr Zelenskiy in Turkey, Erdoğan held a telephone call with Russian President Vladimir Putin, which was announced by Dmitry Peskov, the presidential press secretary of Russia.

While some foreign policy experts claim that the world has been on the brink of a new conflict in the post-Cold War era, others argue that a new cold war has already begun in a bipolar international system. However, the recent developments in international relations prove not only that international conflicts are multidimensional and multilateral but also that the present international system has become multipolar.

As everyone expected the escalation of the tension between the U.S. and Russia, President Joe Biden proposed a meeting with Putin in a third country in order to make a deal for the de-escalation of tensions in Ukraine. What is the rationale behind this unexpected move by the Biden administration?

In one of my previous columns, I emphasized that the Biden administration focuses its energy on its struggle against China, the world’s economic superpower. In fact, Biden’s call for negotiations with Russia came after China’s military drill in Taiwan with a fleet of nuclear-headed aircraft. Is it possible that the U.S. will leave Ukraine to its own fate?

The unipolar hegemony of the U.S. in international relations is long gone, while the emergence of new rivals and new sources of conflict concludes with a multidimensional and multipolar global system. It is true that the Biden administration aims at strengthening both the European Union and NATO against Russia. However, as China also appears to be a long-term rival to the U.S., the Biden administration now seeks to settle its problems with Russia through diplomatic channels.

No matter what the circumstances are, the U.S. administration requires strengthing its relations with other regional powers such as Turkey, which has a large zone of influence in Turkic countries. For its struggle against Russia as a military superpower and China as an economic superpower, Turkey is an indispensable ally for the U.S.