What should Turkey do against the Afghan migration? 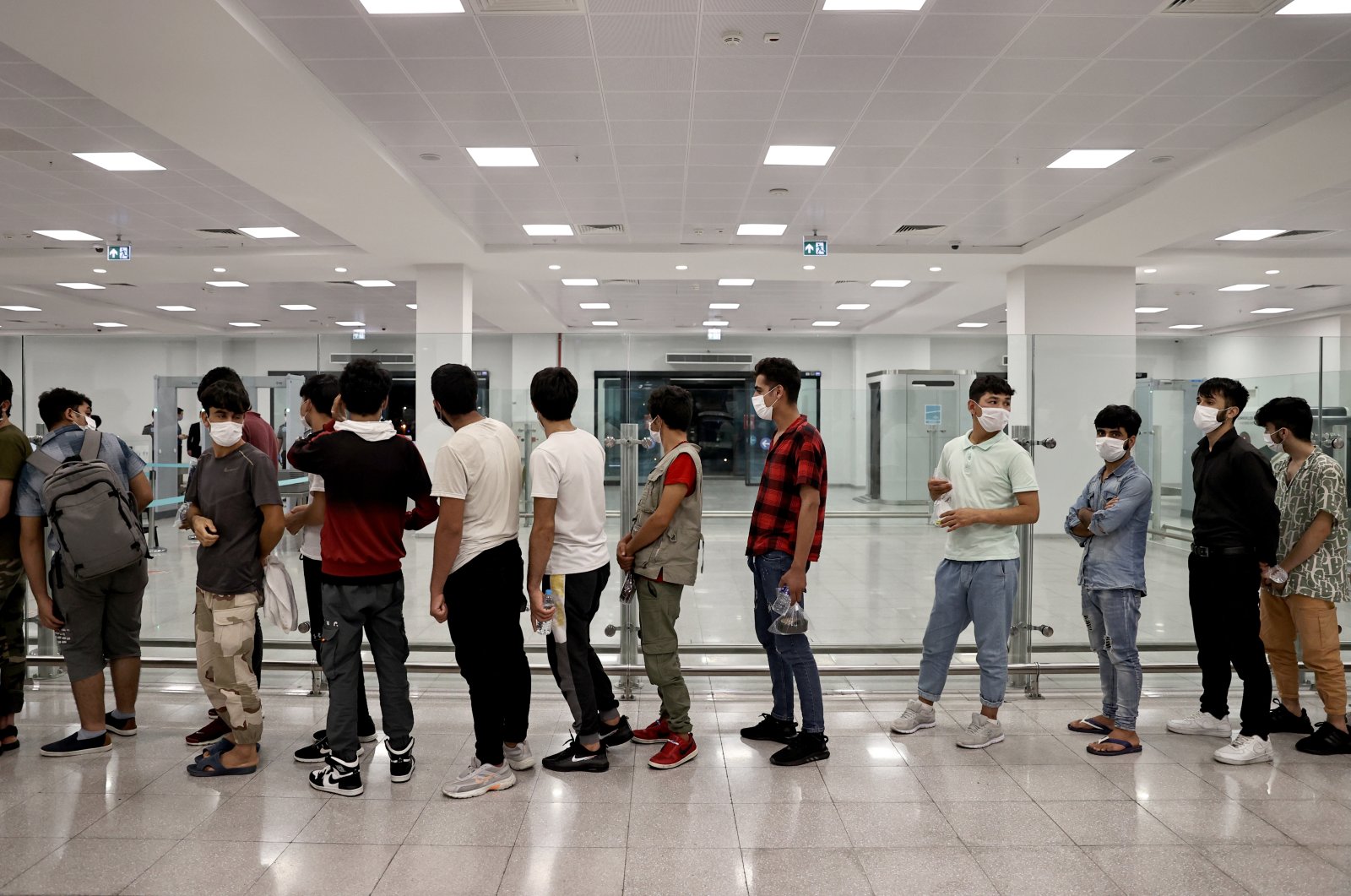 Provocations targeting illegal immigrants threaten to result in mass lynchings. The rage that locals unleashed on migrants in Altındağ, a lower-middle-class neighborhood in the capital Ankara, calls for a multidimensional assessment. Authorities must take the necessary precautions against similar acts that may be carried out in other parts of Turkey. The killers of Emirhan Yalçın, an 18-year-old Turkish man, have been caught and brought to justice. At this point, politicians and opinion leaders have a responsibility to ensure that the popular outrage over that murder does not lead to violence against all Syrian refugees.

Turkey cannot address the question of asylum-seekers by “sending them away with a party,” as main opposition Republican People's Party (CHP) Chairperson Kemal Kılıçdaroğlu recently proposed. The most recent incident clearly demonstrated that the anti-refugee sentiment, to which Kılıçdaroğlu himself contributed, could easily escalate to stoning and looting. The CHP, the Good Party (IP) and certain journalists have been falsely equating the Syrian refugees with illegal immigrants from Afghanistan – which fueled tensions in many communities.

The opposition’s deliberate decision to fuel anti-refugee sentiment as a campaign tool threatens to create a new fault line in Turkish society. Turkey has been hosting Syrian asylum-seekers under a temporary protection status for almost 10 years. More recently, the Turkish people have been alerted to the influx of Afghans, who fled their homes due to the United States' withdrawal and the Taliban’s resurgence. Social media platforms are full of mostly false news about young Afghans. Some of the posts, which attracted attention, reek of foreign intelligence services.

In the face of those challenges, we must approach the question at hand in a rational manner and with common sense. After all, the way we approach asylum-seekers today will shape Turkey’s future. We must all be careful not to plant the poisonous seed of xenophobia in our land. We must acknowledge that those groups, which promote mass lynchings, work against our nation’s interests.

No less important is the point, raised by President Recep Tayyip Erdoğan, that not everyone is free to enter Turkey. For example, it was unacceptable for U.S. officials to suggest that Afghans fleeing the Taliban could head to Turkey. That is because Turkey simply cannot shoulder the additional burden of asylum-seekers and migrants. Indeed, our country conducted three military operations in neighboring Syria. It also has a strong presence in Idlib. Ankara resorted to hard power in recent years to combat terrorism as well as stem the influx of asylum-seekers.

The geopolitical voids in Turkey’s neighborhood create problems for us, whether we want them or not. The U.S. withdrawal from Afghanistan is part of a broader strategy to reposition itself in the Middle East and to concentrate on China. Washington’s "nation-building" project has failed, and it does not care about future problems in that country. If anything, it factors those problems into its calculations. In a way, the U.S. encourages geopolitical competition between China and Russia over Central Asia and Afghanistan. Yet the resulting power vacuum impacts India, Pakistan, Turkey and Iran directly.

First, we need to develop a new integration policy based on the assumption that the influx of Afghan refugees is not a short-term phenomenon.

Secondly, the Turkish people must be adequately informed that the Syrian refugees have nothing to do with illegal migration from Afghanistan.

At the same time, we must make diplomatic contributions to efforts to prevent a civil war in Afghanistan, which may result in the displacement of millions. In this sense, Turkey needs to engage with Afghanistan’s central government, local players and the Taliban in order to broker a compromise.

Furthermore, the Turkish government needs to cooperate with Iran to absorb the wave of migrants within that country’s borders.

Moreover, Turkey’s opposition parties must urgently stop exploiting the question of asylum-seekers and illegal immigrants for political gain. If anyone taps into that issue to win an election, they could start a fire that could burn everyone.

Simultaneously, Turkish authorities must frequently warn that attacks and discrimination against asylum-seekers are crimes under our nation’s laws. The public needs to be reminded that individuals or mobs cannot take the place of the security forces.

Last but not least, Turkey needs to expedite the voluntary return of Syrian asylum-seekers to Syria as it works to prevent the influx of Afghans. For this purpose, the authorities must revisit the administrative, military and commercial structures in "safe zones" within Syria. Ankara must also strive to empower Syrian politicians.