When will the world wake up to this brutality? 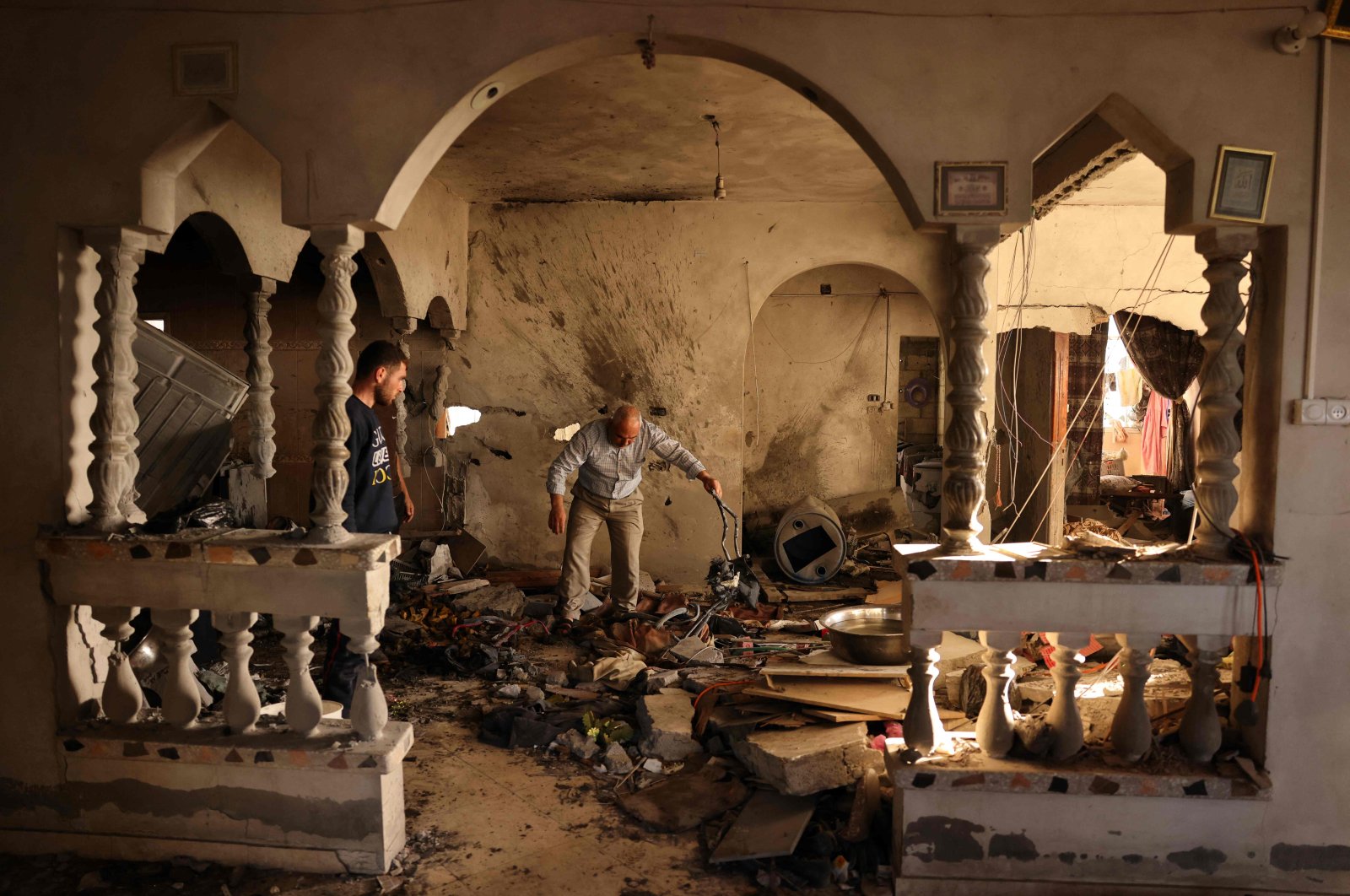 Relatives inspect the damage inside a house where a disabled 33-year-old man in a wheelchair, his pregnant wife and their 3-year-old daughter were killed by an Israeli airstrike, in Deir el-Balah in the center of the Gaza Strip, Palestine, May 19, 2021. (AFP Photo)
by Nagehan Alçı May 21, 2021 12:05 am
RECOMMENDED

Some 227 people have been killed. Sixty-four of them were children and 38 were women. The number is growing almost every hour.

The Gaza Strip is burning once more. Palestinians are suffering and this human tragedy is happening before the eyes of the whole world. But the audience is silent, indifferent. The big powers refuse to hear. Is there justice?

Eleven days have already passed during Israel’s bombardment of the Gaza Strip. Recently, United States President Joe Biden talked to Israeli Prime Minister Benjamin Netanyahu, saying he expected "a significant de-escalation today on the path to cease-fire." But Netanyahu said after the talk with Biden that he is determined to continue bombarding Gaza until he thinks their aim is achieved. What is the aim? Killing more and more innocent civilians ...

Millions are witnessing the brutality taking place. The sad thing is that although the U.S. seems to be promoting a cease-fire, it sees two sides to the bombardment, which is a big lie and the first big mistake. This approach is wrong.

There are no sides. There is the brutal attacker Israel and weak, unarmed, targeted civilians.

The situation is far from being equal. The Palestinians are suffering. They are taken away from their homes, their freedom of worship, their right to live. The situation is worsening every day.

Normally the United Nations would address such a humanitarian crisis but the U.S. is blocking the U.N. Security Council from issuing a joint statement urging an end to the hostilities.

It is only President Recep Tayyip Erdoğan who is raising his voice for the Palestinians at a global level.

Erdoğan said that Turkey will not remain silent or accept the Israeli persecution of Palestinians, while most of the world chooses to watch. He noted that it is vital for the Security Council to take steps for ensuring peace.

The president has so far spoken to 19 presidents and government heads and asked for help. He also warned the Organisation of Islamic Cooperation (OIC) that if it does not take a clear position against the Israeli attacks, it should abolish itself.

It really is very sad to see the Muslim world so silent. Most of the Arab Gulf is in the shadow of Israel and is calculating the payback for assuming a clear position against Israel. But in reality, they are ruining their own credibility. It is only Turkey that raises its voice. That is why Erdoğan is so loved on Arab streets but so distanced from Arab governments.

I am a journalist who has witnessed Israel’s brutality in the field. I don’t want to generalize any nation. I am not talking about the Israeli nation. On the contrary, they are mostly kind and tender people and we also have a Jewish community in Turkey that has lived here for generations and who are very precious to us.

But I am talking about a brutal state mechanism.

A memory from Beirut

In 2006, I went to Beirut to see the Israeli bombardments. I witnessed Israel's daily attacks on the center of the Lebanese capital. I saw how people were killed and how homes were destroyed. The Israeli planes were not differentiating any targets. They attacked a whole neighborhood. Schools, hospitals ...

After that trip, I made a visit to Israel to interview then Israeli President Moshe Katsav.

Katsav tried to rationalize the brutality that I saw with my own eyes with a couple of weak Hezbollah attacks.

I am not defending any kind of violence. For me, violence is violence and Hamas in Palestine or Hezbollah in Lebanon give legitimacy to Israel’s brutality. But it is not fair to try to justify Israel’s massacres with Hamas’ bombs. There are no equal sides.

The international community should stop seeing this as a two-sided war. It should take some initiative and stop the bloodshed.